2 years ago at 10:59 am ET
Follow @MarkMorse5
Posted Under: Patriots News 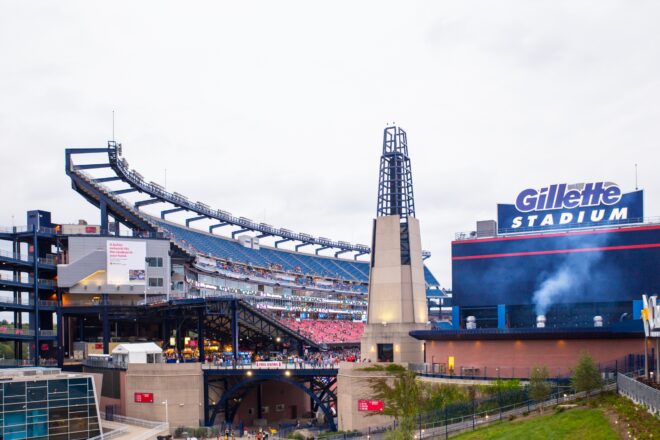 Tuesday February 23, 2021 was the 1st day teams can start Franchise tagging their own Free Agents.  The most likely Franchise tag recipient would be Bears WR Allen Robinson.  Many Pats fans have Robinson at the top of their list of Unrestricted Free Agents they hope the Patriots sign.  He is one of my favorite players in the league.  Don’t keep your hopes up.  Robinson could be tagged before this article is posted.

Another Pats fan favorite is Tampa Bay WR, Chris Godwin. Bruce Arians said at the Championship rally that we are bringing everyone back.  Fat chance of that.  He also has Shaq Barrett and Lavonte David as Free Agents.  Godwin is the ideal Free Agent at 24 years-old.  David, on the other hand, is already 31.

The third WR most people talk about is Lions WR Kenny Golladay. He was one of the best WRs in the league before his disastrous 2020 season.  Golladay is 27, and Detroit also has their top Receiver Marvin Jones (31) as a UFA.  Jones is rumored to be going to LA Rams with Stafford.  I think Golladay gets Franchised.

Dallas QB Dak Prescott is a Free Agent, but I don’t see the Cowboys letting him go anywhere.  I think he gets franchised while they try and work out a long-term contract.

On the defensive side, former BC Safety Justin Simmons would be a likely signee.  However, it’s expected that Simmons will be tagged for the second year.

This brings me to the Patriots Joe Thuney.  I for one agreed with the Patriots tagging him last year.  He was the kind of player you build your offensive line around.  Solid player that never comes out of the lineup.  He proved he could play multiple positions last year.  The thought was to tag him and negotiate a long-term deal.  Thuney and his agent, Mike McCarty, crossed up the Pats and immediately signed his tag and wouldn’t budge in negotiations.  Did that strategy backfire?  It put the Pats in a huge bind without the cap space and without a quarterback.  Thuney is free again this year, in a year when the salary cap is low ($180.5M).  He is also a year older at 27.  I don’t see the Pats tagging him again and I believe he’ll sign with another team.  We would then receive a 3rd round comp pick (maybe).  If we sign a player with a similar contract value then we wouldn’t get a comp pick.  I think he is as good as gone.

Players to target in Free Agency

Obviously WR is an issue and a priority to fill with a couple of players.  The number one player I would go after is Will Fuller from Houston. At 6’ 184 lbs he is an X receiver.  He is just 26 yo and has blinding vertical speed.  Fuller averaged 16.6 yards per catch on his 53 catches for 879 yards and 8 TDs in 11 games.

Next on the priority list is DT Leonard Williams from the Giants.  He is the former 1st round pick by the Jets who didn’t pan out.  Williams blossomed last year with the Giants.  Big Cat had 11.5 sacks and 29 tackles from his 3-4 end position.  At 6’3” 305 he is also a space eater that allows the LBs to make tackles.

A second former BC Safety, John Johnson II from the LA Rams is a young Free Agent (25).   He would add an eventual replacement for Devin McCourty at FS who is not getting younger.   Johnson is a young veteran that can play either FS or SS.  The Patriots have Patrick Chung coming back from opting out, and the 2nd year development of Kyle Dugger,  which will give the Patriots an elite secondary unit.

The third member of the Titan is TE Jonnu Smith.  Smith is an accomplished receiver and a capable blocker.  I think he would be a better fit than Hunter Henry.  He is 25 yo with a stat line of 41 catches, 448 yds, 8 TD’s and a 10.9 yards per catch.  At 6’3” 248lbs he is a good inline blocker.  There will be much competition for his services.  If the Patriots want him, they have the money to outbid teams.

By: Robert Alvarez
The Patriots show off their customized cleats for the NFL's annual "My Cause, My Cleats" campaign over Instagram.
9 hours ago

By: Russ Goldman
In this episode, we look back at the loss to the Vikings on Thanksgiving, and later on, we preview the upcoming game against the Bills.
17 hours ago