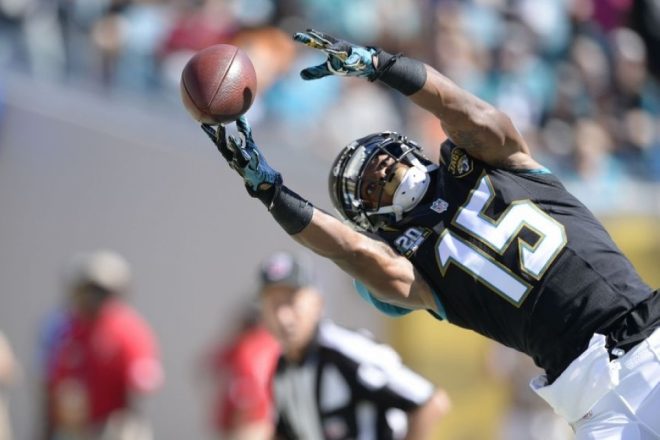 The Bears reportedly haven’t ruled out the possibility of placing the franchise tag on Robinson after being unable to reach a long-term deal.

According to reports, the two sides haven’t discussed an extension since last September and it sounds like Chicago isn’t ready to let him walk away without getting something in return.  In fact, they haven’t ruled out tagging and trading him, which NFL Media reporter Tom Pelissero alluded to during a recent episode of NFL Now.

“That would certainly seem to bring the (franchise) tag into play,” Pelissero said via NFL.com. “Whether it is the Bears to try to do an extension, whether it is setting up Robinson to play on the tag, or maybe even a tag-and-trade scenario.”

If they do ultimately lose him, the Bears will definitely have a massive hole to fill.  Robinson caught 102 passes for 1250-yards last season, including 6 touchdowns.  His production was nearly double the next-closest receiver on their roster, with Darnell Mooney having caught 61 passes for 631-yards and 4 touchdowns.

As for Robinson, he’s not worried.  He said he’s ready for any scenario, saying during a recent SiriusXM NFL Radio interview that he’s “open to everything on the table”.  Now the only question will be how it will play out, which will be interesting to watch in the coming weeks.

Great fantasy player. Always undervalued. If he goes to a passing team and is the primary receiver, the sky’s the limit.