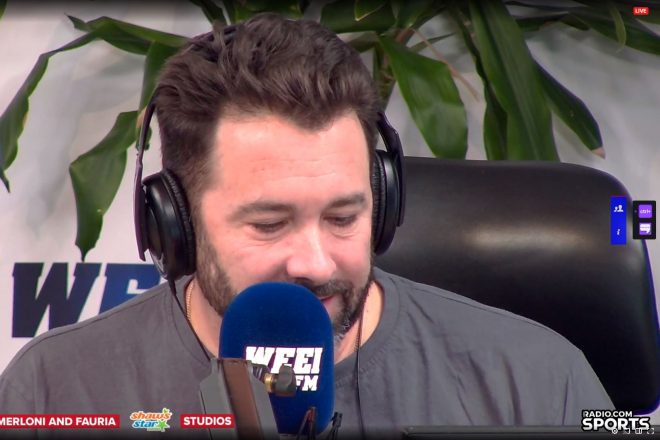 WEEI radio host Lou Merloni ended up with a haircut on Monday after learning the hard way not to bet against Buccaneers quarterback, Tom Brady.

Merloni made an unfortunate bet with cohost, Christian Fuaria, ahead of Sunday night’s Super Bowl. Unfortunately, the terms of the wager involved the Buccaneers covering +3.5 vs the Kansas City Chiefs.

Brady obviously took care of business Sunday night, leaving Merloni with a significant haircut as he said goodbye to his thick dark hair during Monday’s broadcast of Ordway, Merloni and Fauria.

Prior to his haircut, Merloni pointed out that the night before, he showed his wife photos of David Beckham when his head was shaved to try and make her feel better.

Instead, his wife let him know, “he’s not Beckham.”

Long-time host Glenn Ordway sat back and smiled as one of the producers began shaving Merloni’s head, with co-host Fauria coming in and finishing things up. Merloni cursed out Chiefs head coach Andy Reid, clearly blaming him for the loss, which resulted in Merloni’s hair now falling to the floor in the studio.

Here’s a quick collection of screenshots from Twitch.tv/bostonweei, where WEEI Broadcasts live video of each of their shows each day. 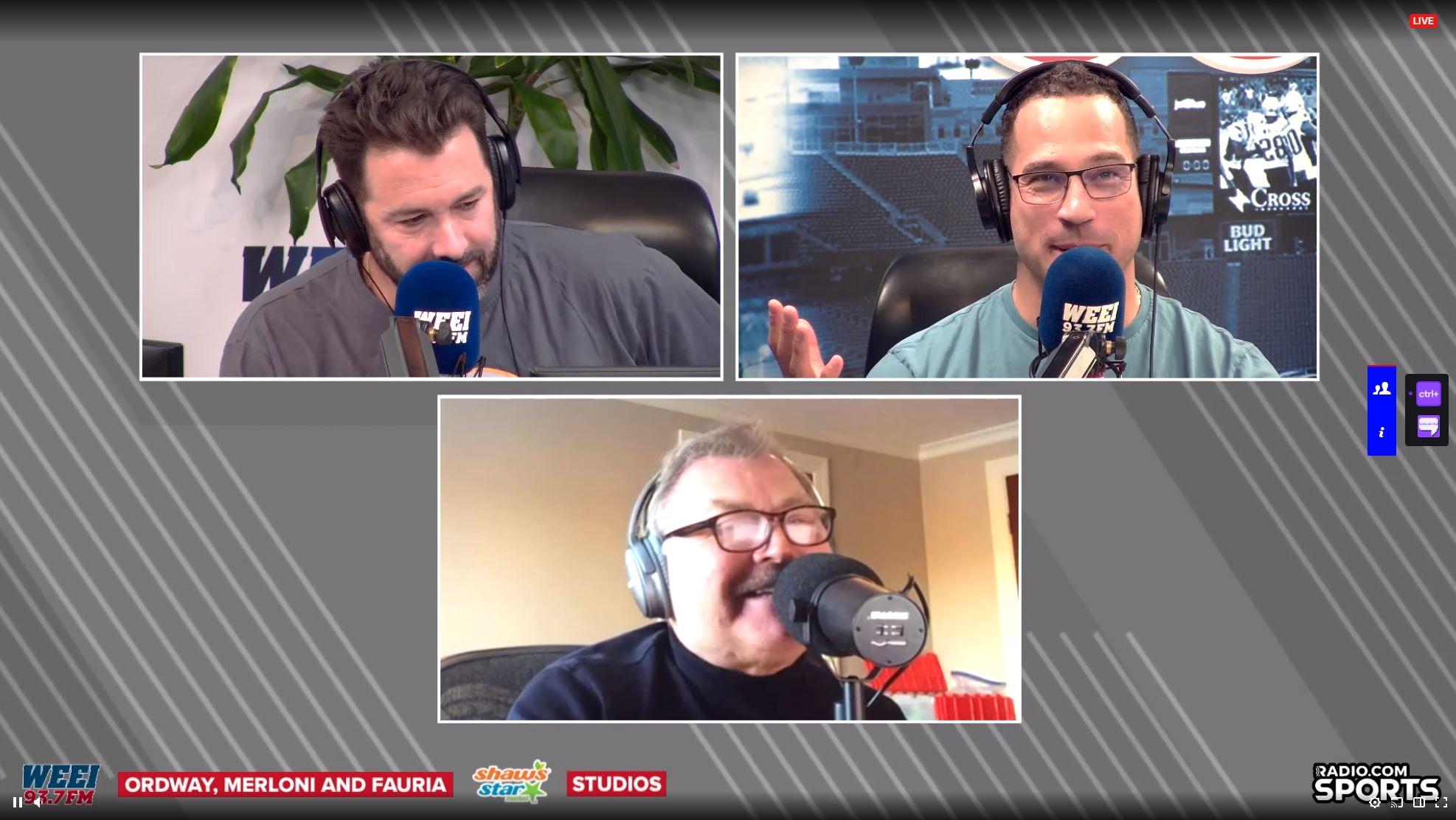 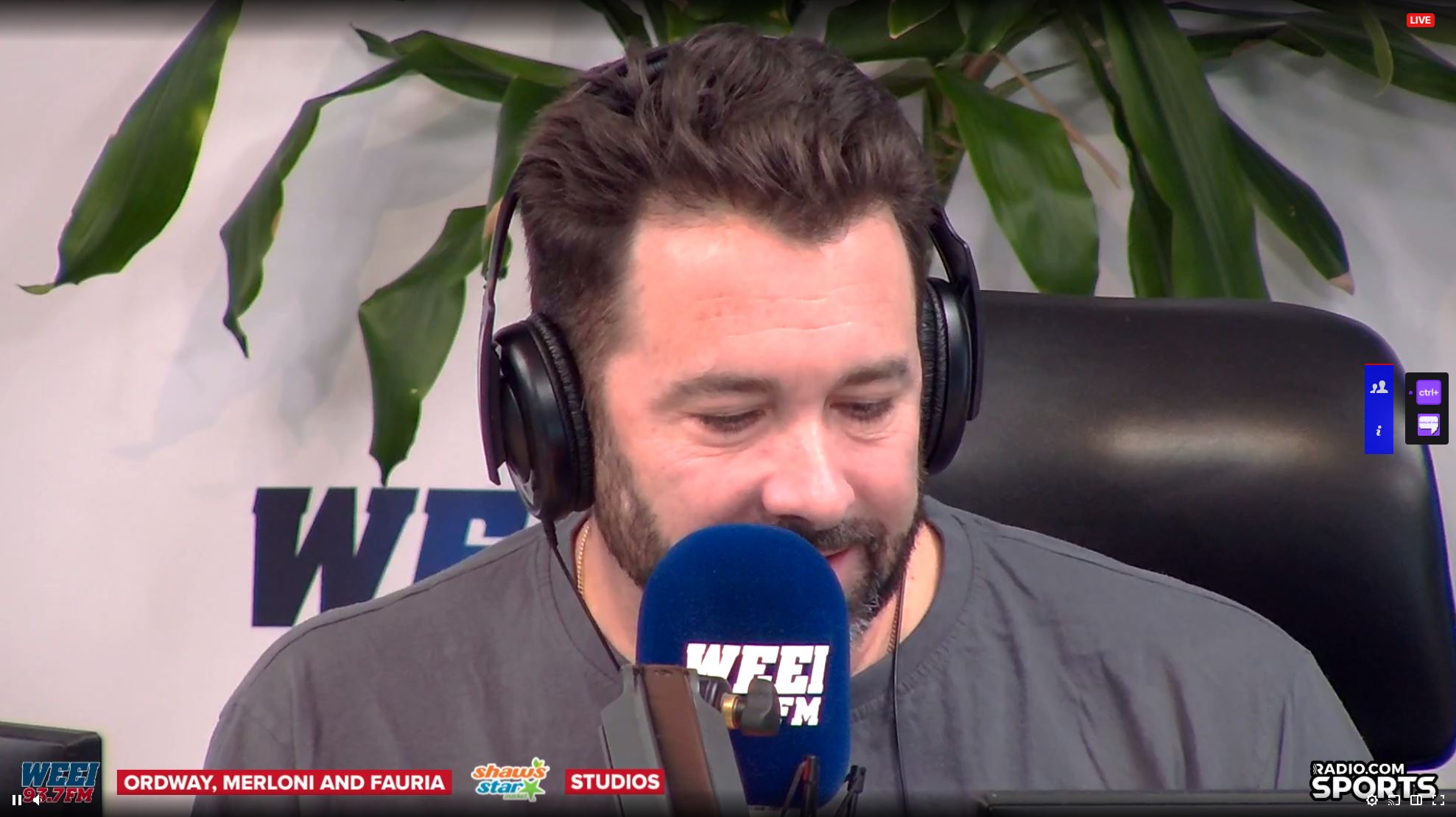 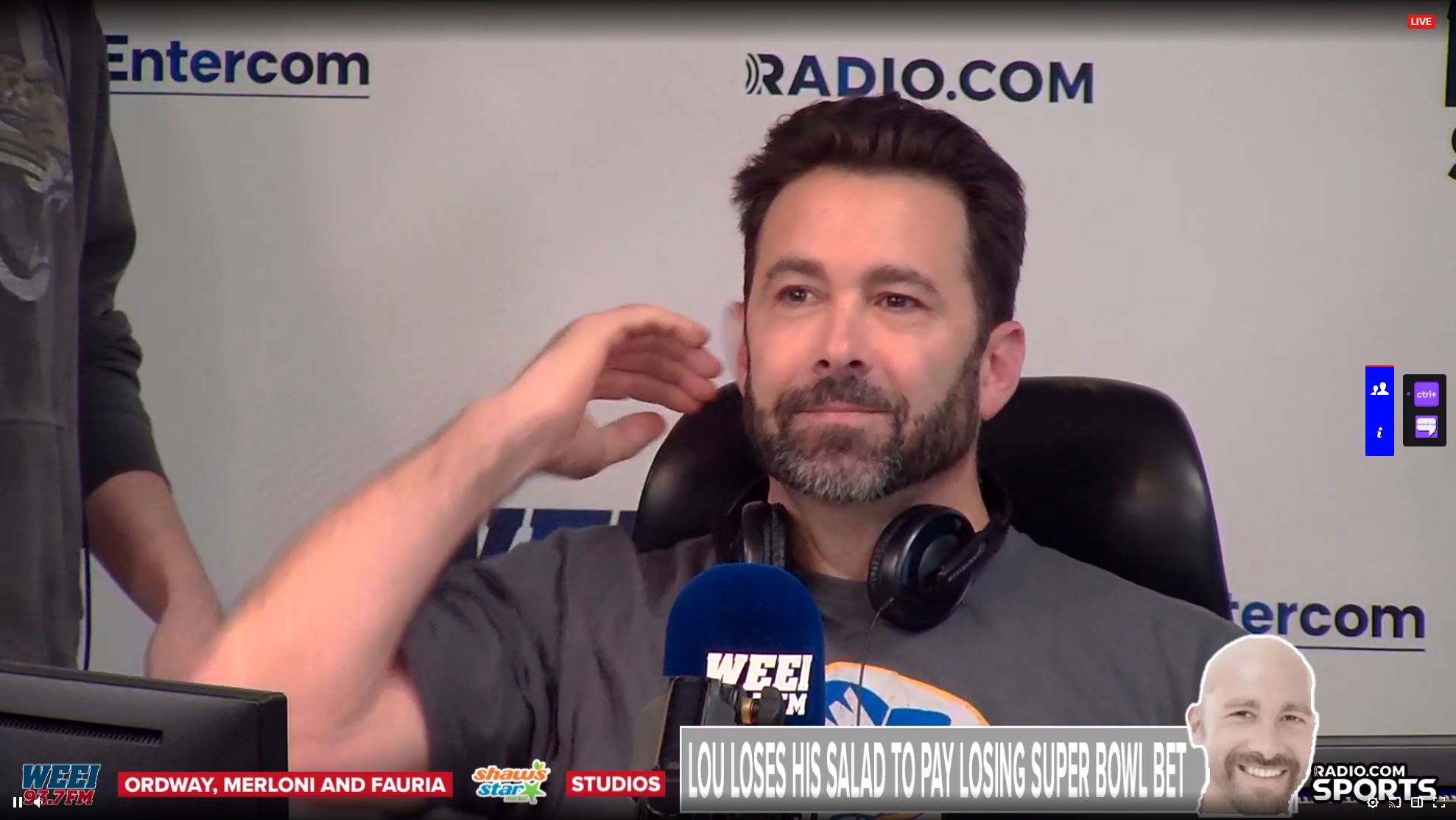 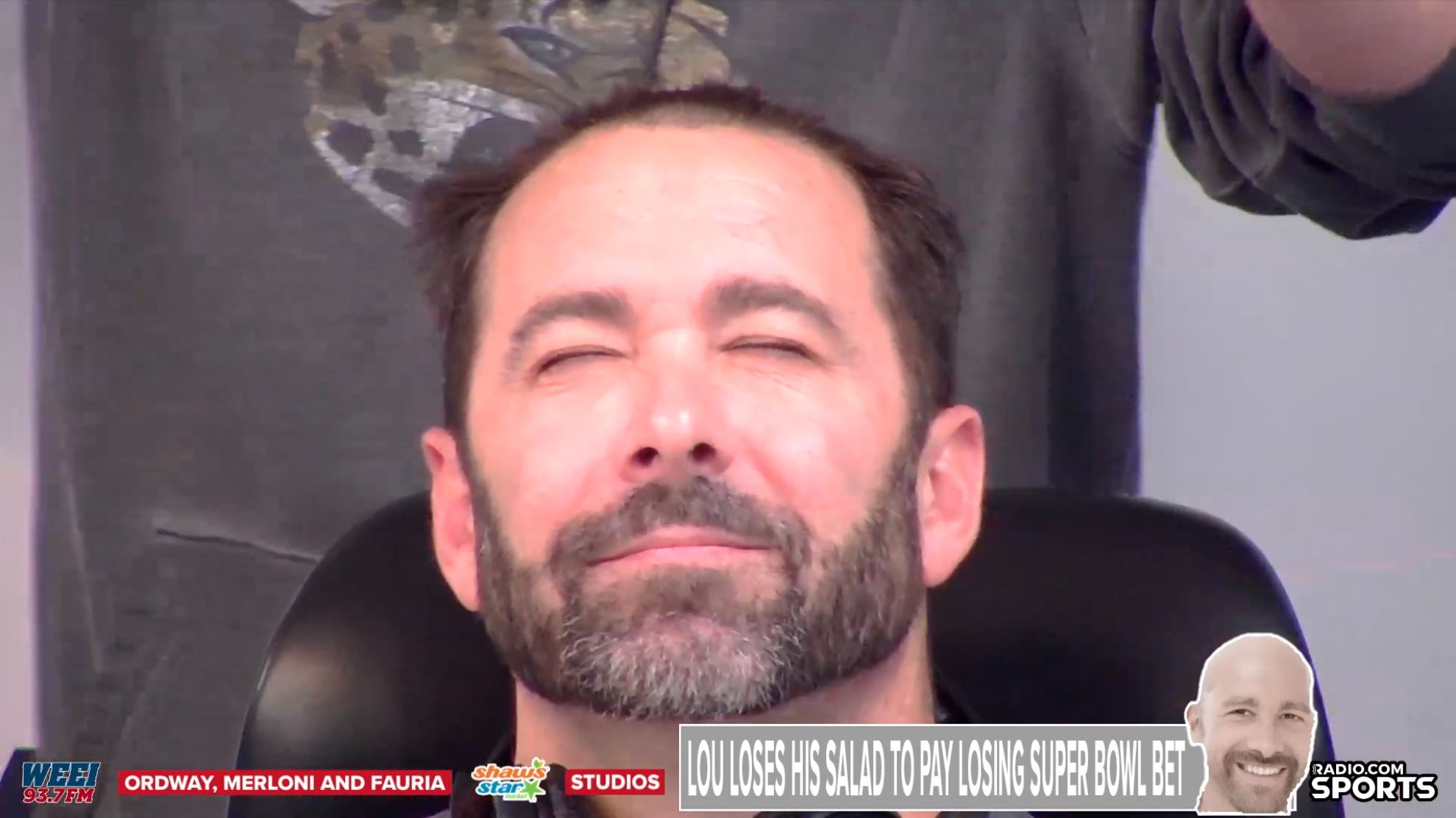 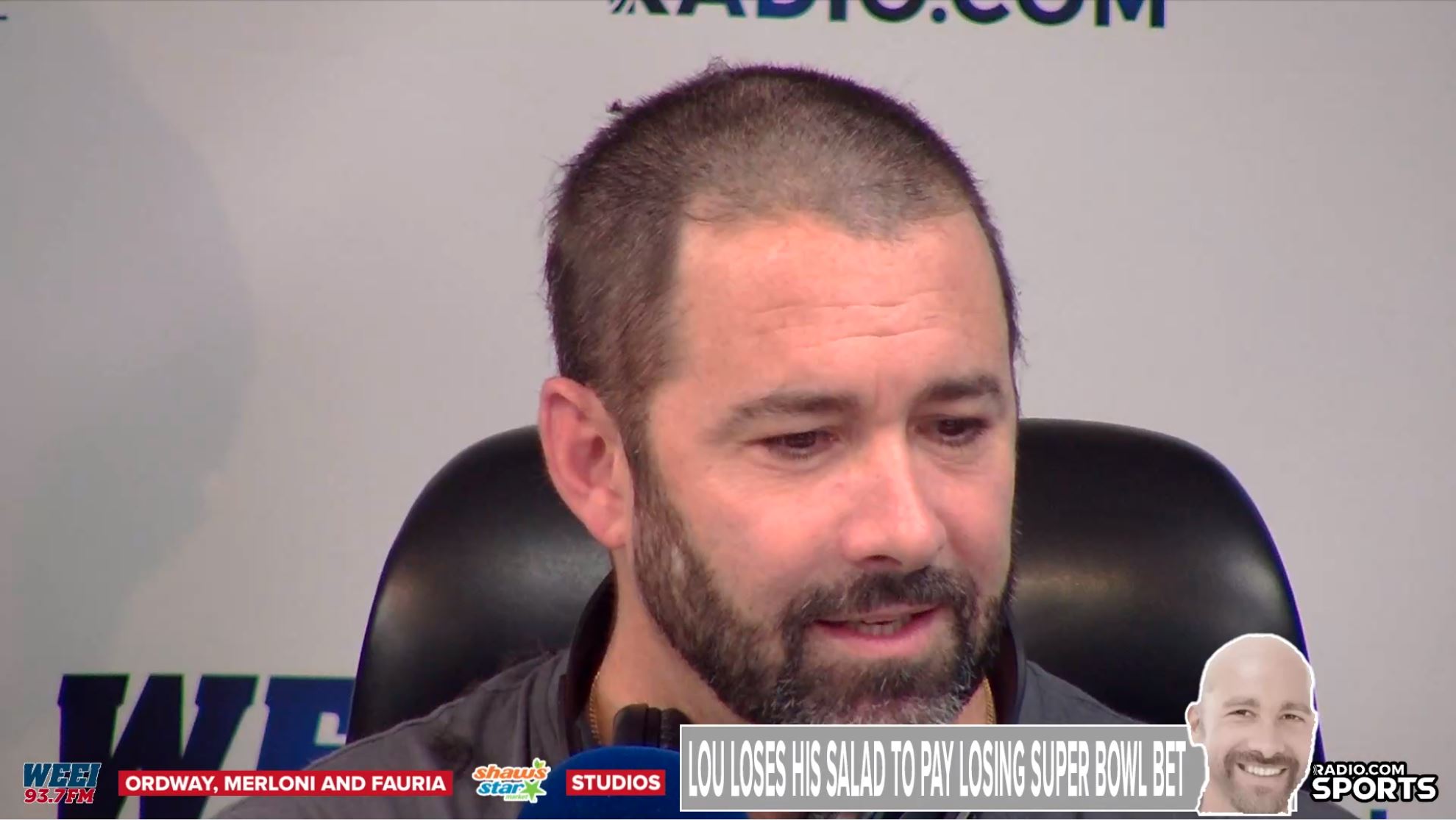 Give Fauria credit, when he came in to finish up, he took time to make sure the haircut looked clean and was impressed that Merloni held up his end of the deal. 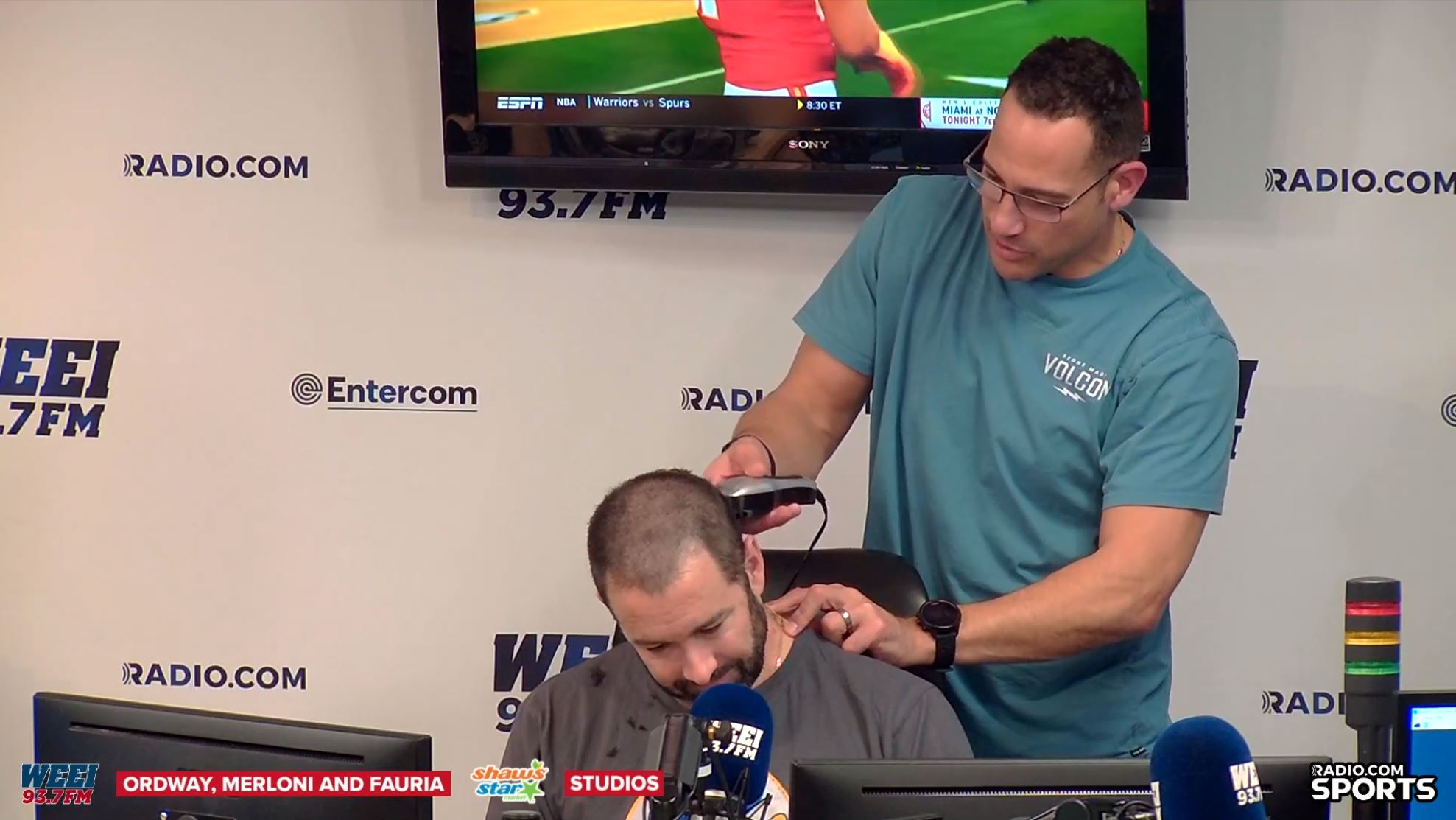 Here are a few of the after photos, with a now sleeker look for Merloni: 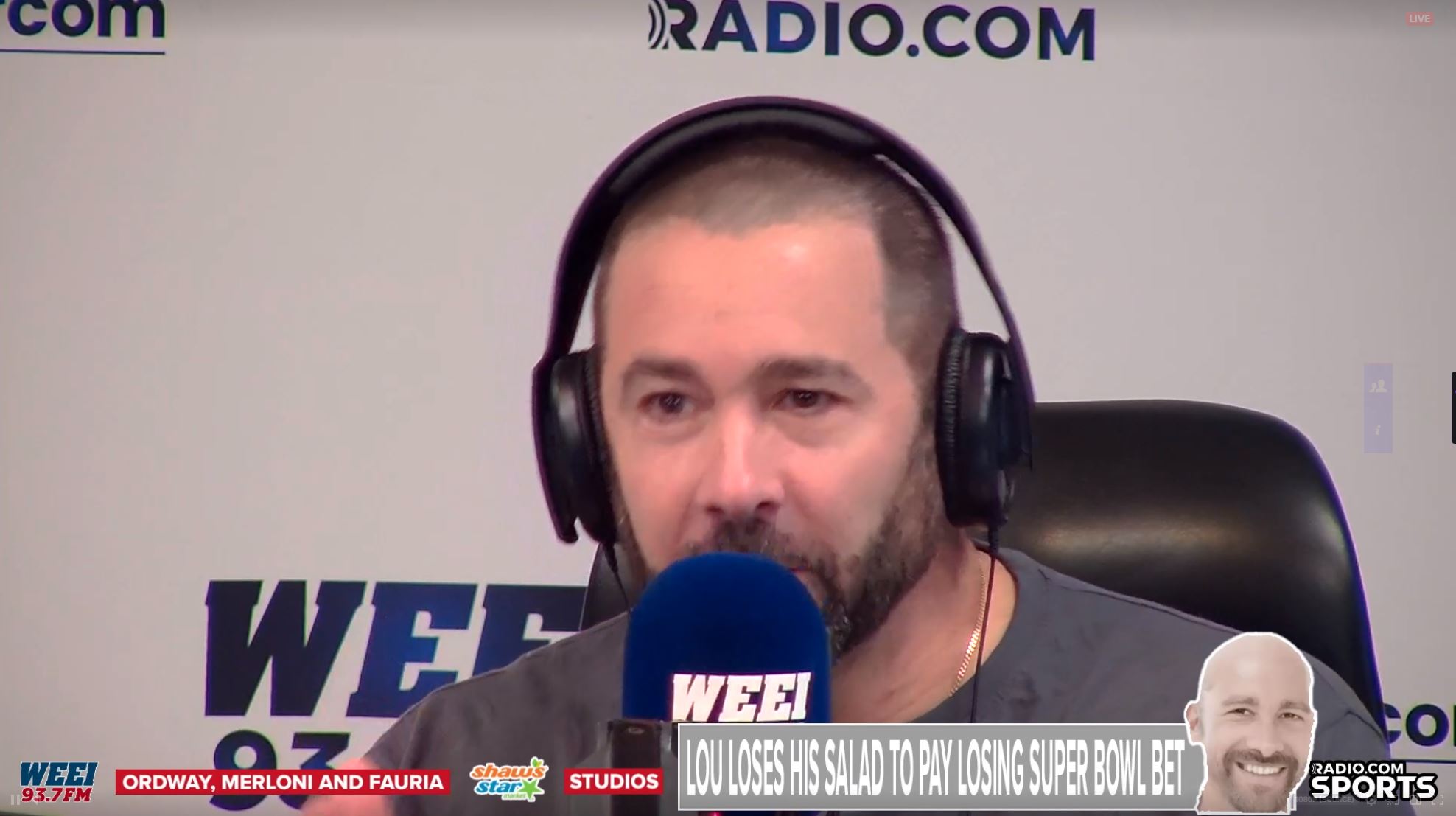 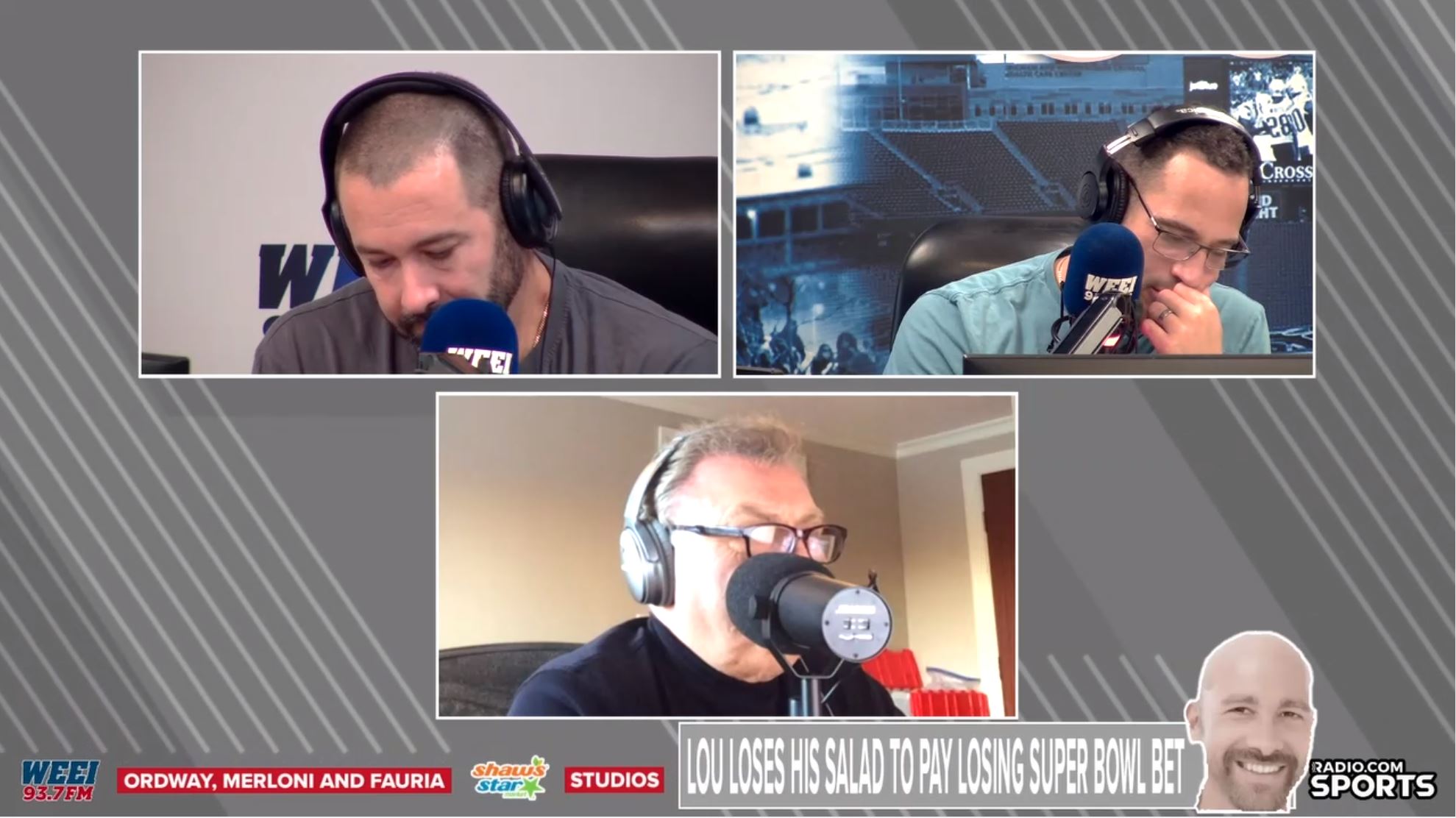 Merloni then started sporting a cap to cover things up, which he’ll need given the frigid temperatures. 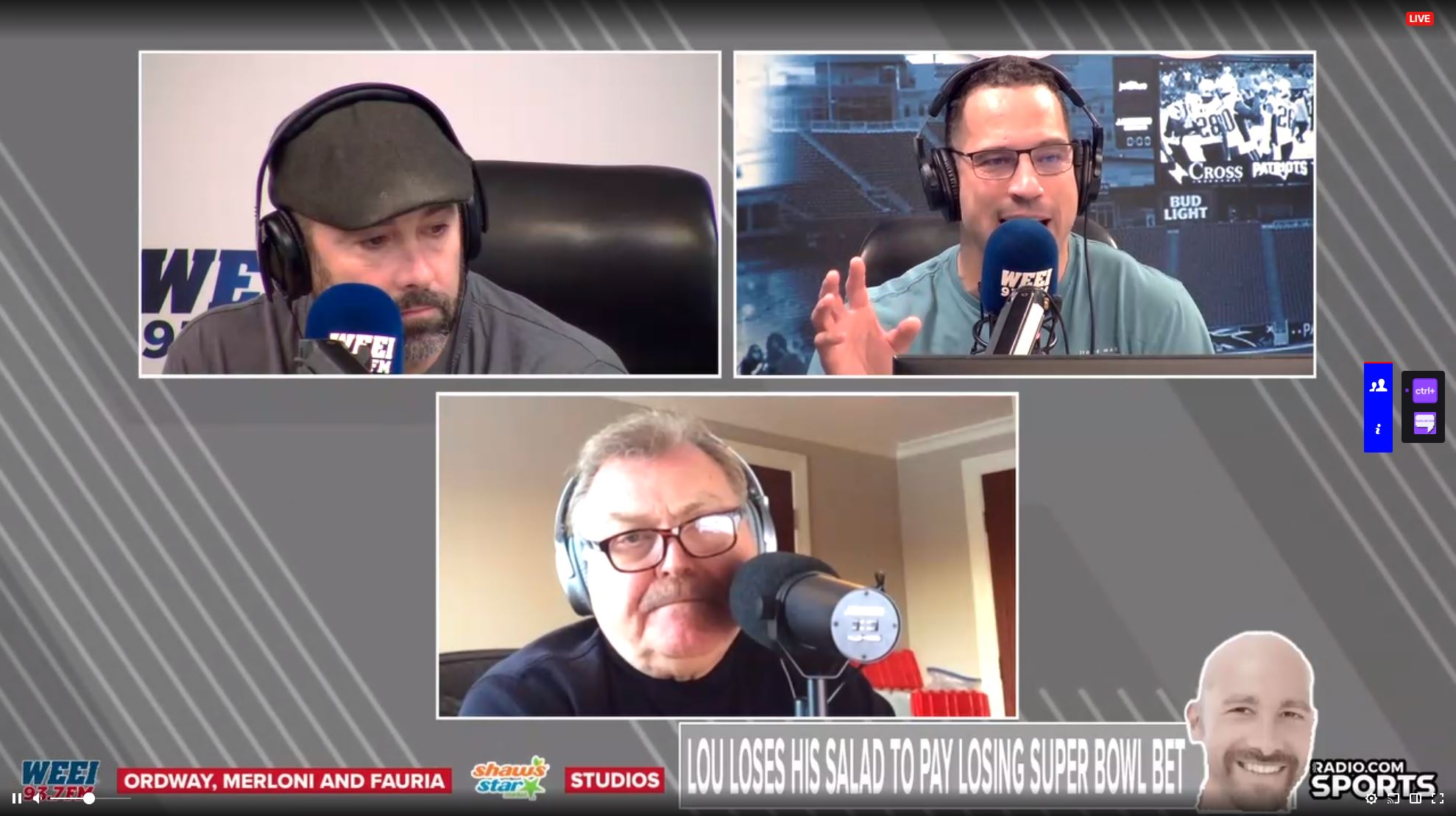 Best wishes to Merloni who, should Brady get back to the big game next year, hopefully, he’s learned his lesson.

You can listen to WEEI at 97.3 FM or with the Radio.com, as well as watch the broadcast on WEEI.com or Twitch.tv/bostonweei