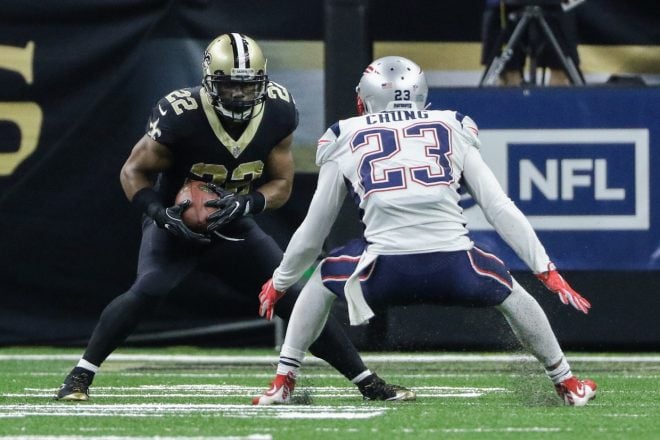 New England Patriots safety Patrick Chung may not be on the football field this season, but it doesn’t mean he can’t try to pump up his team from a distance.

On Instagram this week, the three-time Super Bowl champion was spotted sharing a NFSW message of support for Cam Newton in the comments to a Patriots post featuring Newton’s  “losing is not acceptable” comments from Thursday.

During his press conference, Newton took held himself accountable for his struggles over the past few weeks.

“Losing is not acceptable in this locker room, in this county, in this state, in this area, in this region,” Newton said. “So, Cameron Newton, you need to pick your expletive up. That’s what I’ve learned.”

Chung responded to Newton’s words in the comment section and you can read the full message below. 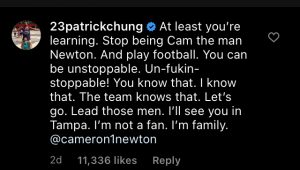 On Sunday in Buffalo, Newton and the Patriots will look to snap a three-game losing streak against the rival Bills.