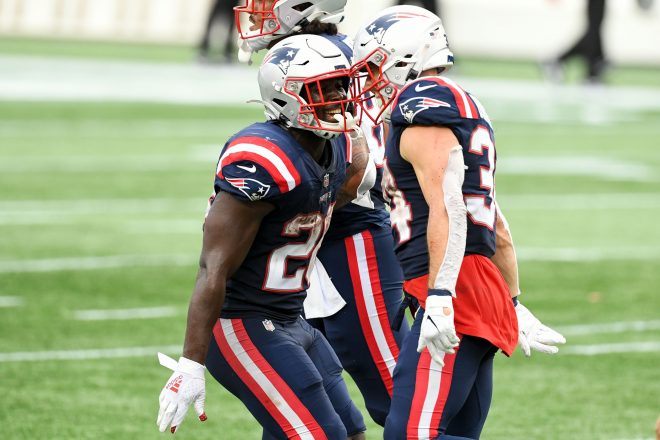 The New England Patriots earned their second win of the 2020 season on Sunday with a 36-20 victory over the Las Vegas Raiders.

The Patriots franchise improved to 47-9 (.839) in regular-season games following a loss the previous week dating back to 2003.

With Sony Michel and Rex Burkhead leading the way, the Patriots rushed for over 200 yards for the second time this season.

Check out the mic’d up sights and sounds from the sidelines and locker room following the victory.

By: Bob George
The Patriots are now by themselves as the top team in the AFC, as well as the AFC East, with a 9-4 record and a…
1 day ago

VIDEO: NFL Fan Therapy – Ready To Be Number 1 In The AFC Again

PHOTOS: Patriots Reveal Customized Cleats For NFL’s ‘My Cause, My Cleats’ Campaign

By: Robert Alvarez
For the sixth consecutive season, the New England Patriots and the other 31 NFL teams will participate in the “My Cause My Cleats” campaign. The…
2 days ago

By: Ian Logue
With the Patriots riding a six-game winning streak, they’ll face a critical Monday night meeting against the rival Buffalo Bills, with a chance to grab…
3 days ago

By: Russ Goldman
This episode is a preview of Patriots vs. Bills.
4 days ago
wpDiscuz