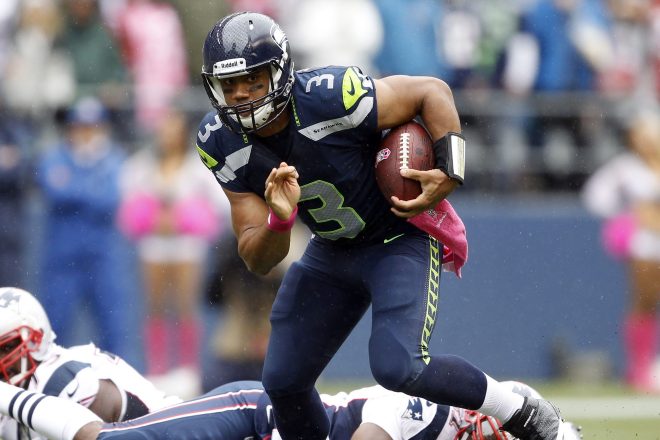 The Patriots travel to Seattle for their first away game of the 2020 season and have a very tough matchup with the Seahawks. Due to the ongoing coronavirus pandemic, the crowd noise from the Seattle well-known “12th Man” will not be a factor as there will not be any fans allowed in the stadium.

This week’s game will be broadcast by NBC and can be seen locally on NBC 10 Boston. Al MIchaels will handle play-by-play duties with Cris Collinsworth as the color analyst. Michele Tafoya will work from the sidelines. The game will also be aired on the Patriots flagship radio station 98.5 The Sports Hub with Bob Socci and Scott Zolak on the call, produced by Marc Capello.

The Patriots (1-0) beat the Dolphins 21-11 as Cam Newton shined in his first Patriots action rushing 15 times for 75 yards while completing 15-19 passes. The defense held Miami to just 11 points and 269 yards while picking off Ryan Fitzpatrick three times

The Patriots and Seahawks used to play quite often but in the past several years have only met a handful of times, including Super Bowl XLIX. Sunday will be the 19th meeting between the two franchises and the all-time series is deadlocked at 9 wins each.

The last time the two teams met in Seattle was way back in October of 2012 and a 24-23 Seattle win famous for the Richard Sherman “You mad bro?” quote to Tom Brady after the game.

So, without further ado, here is a look at some of the key matchups and who holds the Razor’s Edge.

The Patriots running game was very, very different in what we’ve been used to seeing for the past couple of decades. And while the made a concerted effort to get everyone involved (James White, Sony Michel, and Rex Burkhead all had 19 snaps), the big change was having Cam Newton under center. The QB ran 14 times for 76 yards before a kneel down.

Now the Patriots running game will utilize a variety of zone reads, options, and quarterback that plays to Newton’s strength, which will put stress on the front seven to remain disciplined. The offensive line was outstanding a week ago and need another big effort this week.

Seattle held Atlanta to just 72 yards on 21 carries (Todd Gurley 14-56) last week. They have an outstanding group of linebackers led by Bobby Wagner, Bruce Irvin, and K.J. Wright. They and their defensive ends have to stay home and can’t bite on the play action and options that Newton will run.

The Patriots passing game remains a question mark. Last week Newton only targeted two wide receivers, (Julian Edelman and N’Keal Harry). TE Ryan Izzo was targeted only twice. It is imperative that they get Damiere Byrd, Jacobi Meyers, and TE Devin Asiasi involved more in the passing game as Seattle is well versed in facing Newton.

“They got a lot of stuff. I know that they haven’t shown, couldn’t show it all in one game, Pete Carroll said. We have to be ready for a very wide spectrum of offensive style. It’s a difficult preparation in that regard. At least we know what he looks like, and we know what he is as a runner because of the years past.” In career games against Seattle Newton is 2-6 (1-1 in the playoffs) and has averaged less than 200 yards passing, with eight TDs and six INTs.

Look for Josh McDaniels to try to take advantage of Jamal Adam’s natural aggressiveness in the box and use play-action passing more. James White and Rex Burkhead could see some more looks in the passing game. J.J. Taylor? He continues to impress his position coach. Ivan Fears said his game (and size) reminds him a bit of Darren Sproles…pretty heady comparison for an UDFA rookie.

Next up the Seattle offense:

The Patriots run defense looked good against Miami last week. They held Jordan Howard in check and held Miami overall to just 3.2 yards per rushing attempt. The DL rotated players in and out and looked strong overall.

Seattle’s offensive line didn’t open many holes for their backs to exploit, Wilson was their leading rusher with 29 yards. But they may see more nickel and dime looks this week, so look for a bit better performance.

This matchup can be summed up in two words… Russell Wilson. The Patriots know how good Wilson is and he’s one of, if not the best deep-ball passer in the NFL. The secondary is outstanding but the Seahawks possess some excellent weapons for Wilson to utilize. Tyler Lockett, D.K. Metcalf, and TE Greg Olson present a very difficult matchup for the Patriots. Lockett and Metcalf had big games in Week 1, with 8-92, and 4-95 with 1 TD respectively.

Keeping Wilson in the pocket and from finding huge chunks of real estate will allow the Patriots to play man-coverage which is their preference. And how they decide to matchup will be a key area to watch.

New England will stick with Nick Folk, the strong-legged Jake Bailey, and possibly a question mark returning kicks. Last week they started with Byrd but after a muffed punt, when J.C. Jackson ran into him, they turned to Edelman.

This should be a fun Sunday Night Football game to watch from a fan’s perspective. Bill Belichick and Pete Carroll, while polar opposites have a lot in common, including deep respect for one another. They should each have their teams ready to play.

Get the Passing Game Going – The Patriots can run the ball, but rushing for 40+ times every week isn’t sustainable. So, they have to get more people involved in the passing game, using play-action to keep the Seahawks defenders guessing and on their toes.

I look for Newton to continue to have an increasing comfort level in the offense and to come throwing to set up their running game. Getting more players involved is a must.

No Turnovers on Offense – Although they had only a single turnover last week, it could have been a game-changer and allowed the Dolphins right back in the game. They can’t afford to do that Wilson and the Seahawks on the road.

The Front Seven Has to Contain Wilson in the Pocket – Wilson is primarily a pocket passer and an outstanding one. He can make all the throws and deliver them with accuracy. However, the Patriots are primarily a man coverage team. If they lose contain on Wilson while chasing WRs down the field, he’ll eat them up either scrambling or hitting an open man deep down the field. They have to contain him in the pocket and squeeze it closed while relying on the secondary to remain in tight coverage.

This is the first of the really tough matchups the Patriots will face on the road and overall this season. I feel better about this matchup than I did when the schedule was released…however until they either get their passing game clicking or trade for a veteran wideout, I think they are perhaps a little too one-dimensional to be a team that is well versed in containing Cam Newton. I think Wilson will give them trouble again in Seattle.  Seahawks 27-20