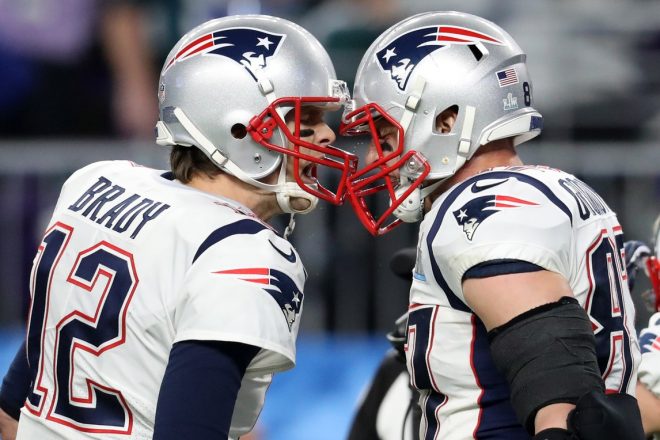 When Tom Brady departed New England for Tampa Bay this offseason, there’s no question that many believed there might be a Patriots offensive weapon who might eventually join him.

While initial thoughts seemed to center around his good friend Julian Edelman, it appears that there’s another player who might be the first to reunite with Brady heading into this season.

According to ESPN’s Adam Schefter and others, Rob Gronkowski appears to be on the verge of coming out of retirement and joining Brady with the Buccaneers.  Schefter reports that a trade is apparently in the works pending a physical, with New England reportedly giving up a seventh-round pick and Gronk for a fourth-round pick from Tampa Bay.

Patriots and Buccaneers have been discussing a trade for retired TE Rob Gronkowski, per league sources. Gronkowski has one year and $10 million left on his contract. But the two sides are, and have been talking, prior to Thursday’s draft.

Trade, pending physical: Patriots are trading TE Rob Gronkowski and a seventh-round pick to the Buccaneers for a fourth-round pick, source tells ESPN.

It’s a terrific deal for the Patriots, who will now receive something in return for the iconic tight end, who finished his final regular season in New England with 47-receptions for 682-yards and three touchdowns.

Gronk ended his career on a high note after a difficult, injury-riddled season.  He was key in the Patriots win over the Rams in the Super Bowl that year, catching 6-of-7 for 87-yards, including two big 4th-quarter receptions, one of which was a crucial 29-yard diving grab late in the contest that helped set up New England’s game winning drive. 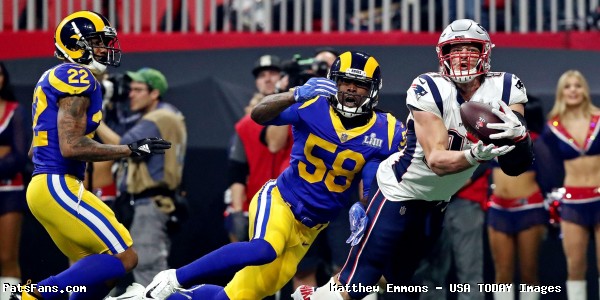 Gronk will apparently be bringing his talents to Tampa to join Brady this season.