Stanley Morgan is one of the greatest players in the history of the New England Patriots. His 534 career receptions was a franchise record that would last for 17 seasons. The ‘Stanley Steamer’ had 67 career receptions, another club record that would rank first for 28 years. His 10,352 yards receiving is all-time best in team history. Morgan had 38 100-yard games, still to this day ten more than any other Patriot. What is even more remarkable is that Stanley Morgan did this in a run oriented offense, long before rule changes made things easier in the passing game.

Number 86 averaged 19.2 yards per catch over his career, and NFL record for players with at least 500 receptions. In his first six seasons Morgan averaged 22.6 yards per catch, leading the league in that category three straight times. Nobody in NFL history has ever come close to that type of production over any six year period.

In 2007 highly respected Paul Zimmerman of Sports Illustrated came to the conclusion that Stanley Morgan deserved to be in the Pro Football Hall of Fame. I wonder if part of the reason he is overlooked is because it took so long for the Patriots themselves to honor him. Morgan was not inducted into the Patriots Hall of Fame until 2007, 18 long years after he last played for the Pats. By comparison the University of Tennessee placed him in their Hall four years after he last played for the Vols.

Since retiring Stanley Morgan moved to Memphis, the hometown of his wife. He works for Federal Express in their international department.

Sony Michel has rushed for over 900 yards in both of his two seasons with the Patriots, with 13 touchdowns. He excelled in the 2018 postseason, culminating in the Super Bowl victory over the Rams. In those three games Michel ran for 336 yards and six touchdowns, averaging 4.7 yards per carry.

For more on his background please check out the following:
Lead from the Back: The Sony Michel story | patriots.com Bryan Cox was 33 years old when the Patriots signed him late in the 2001 offseason. The ten year veteran had a reputation of being a mean, fearsome and aggressive defender. A very memorable play came at a critical juncture of the 2001 season. In week three the Pats were 0-2 and Tom Brady was making his first NFL start. Peyton manning threw a short pass to Jerome Pathon. Cox delivered an absolutely devastating hit on the wide receiver. The play visibly energized the Patriots, who went on to upset the Colts that day by the score of 44-13 – and the rest is history. 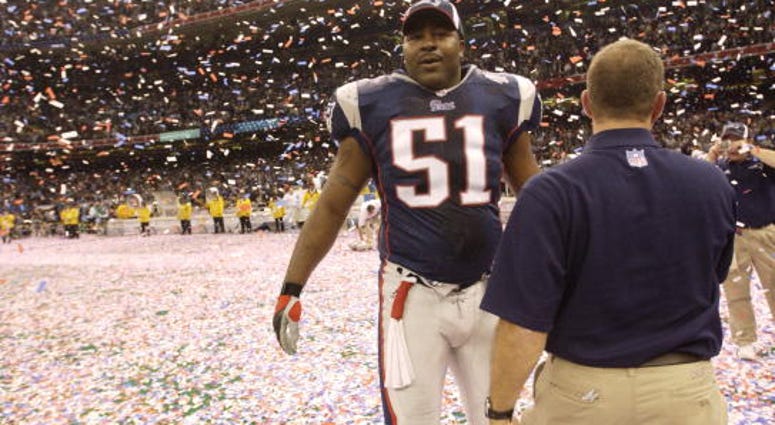 From 2006 to 2016 Bryan Cox worked as a defensive line coach with several teams. His final stop was with Atlanta in Super Bowl 51 against the Patriots.

The eighth head coach in franchise history is one of two to never have a losing record with the Patriots. He was hired to replace Ron Erhardt, who had gone 2-14 in 1981. In the strike-shortened 1982 season the Pats made the playoffs with a 5-4 record and Meyer was named AFC Coach of the Year.

Ron Meyer has some unique tidbits as part of his legacy. He was the head coach who turned SMU into a football powerhouse – and was also the reason the program received the NCAA death penalty for recruiting violations. Meyer was the head coach for the Snow Plow Game, when parolee Mark Henderson nearly caused Don Shula to have a stroke. As awesome as that maneuver was for fans of the Patriots, perhaps his greatest contribution to the franchise was hiring a young coach on his SMU staff by the name of Dante Scarnecchia.

Meyer may be one of the only head coaches in NFL history to be fired in midseason with a winning record. That happened after he fired his defensive coordinator following a 44-24 loss without telling his boss. It was the final straw for GM Patrick Sullivan, who was not informed of the decision and heard about it second hand. Previously Sullivan had overruled Meyer on several trades he wanted to make, which included John Hannah, Julius Adams, Tony Collins, Mosi Tatupu and other key players.

Jacksonville selected the Rutgers product in the seventh round of the 2009 draft. The Pats picked him up after being waived by the Jaguars for depth and special teams. The 2011 Patriots had a less than ideal mixture at wide receiver. Three players were on the wrong side of 30 (Wes Welker, Deion Branch, Chad Johnson) and Julian Edelman and Matthew Slater were strictly special teams players. The Pats worked around that lack of depth by primarily using two tight end formations (and waiting too long to throw in the towel on Ochocinco). Tiquan Underwood played in ten regular season games and two playoff games as the Pats in 2011, with three receptions. The media attempted to make a big story about the Pats cutting him just before Super Bowl 46, replacing him with Rutgers teammate Alex Silvestro. He was picked up by Tampa Bay in 2012, reuniting with his college coach Greg Schiano. Underwood had 52 receptions and six touchdowns in two seasons for the Bucs. He is now back at Rutgers as their wide receivers coach.

John Lee started in four games for the Patriots at the end of the forgettable 1981 season. He played in 54 NFL games from 1976-1981, all the rest with the Chargers.

Mark Didio, 51 (1969)
University of Connecticut
The wide receiver played briefly with the Steelers in 1992. He is now Vice President of Global Specialty Sales at Melissa and Doug, an american manufacturer of children’s toys.

Arthur Forst (1891-1963)
Born in Derby, Connecticut
‘Dutch’ played for the Hartford Blues and Providence Steam Roller back in the twenties.