3 years ago at 9:53 am ET
Follow @ralvarez617
Posted Under: Patriots Video 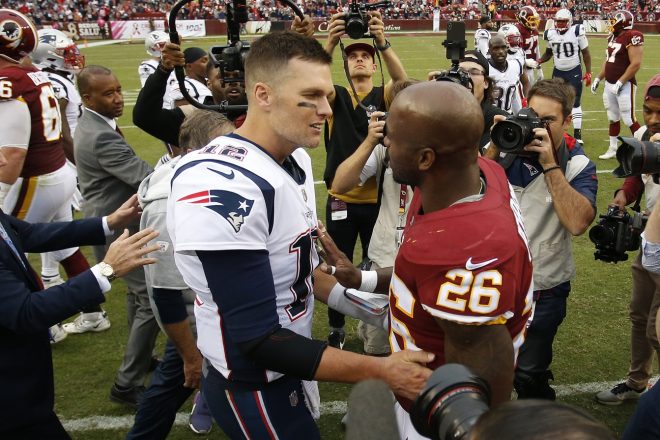 The New England Patriots became the sole remaining undefeated team in the AFC on Sunday when they defeated the Washington Redskins 33-7.

The Patriots play the New York Giants on Thursday night, and as you’ll see in the locker room footage below, head coach Bill Belichick is wasting no time moving onto week 6.

“Big thing now is we’ve got to turn the page – it’s Wednesday night…Just look at it that way, it’s Wednesday night on a Sunday game. We’ve got a quick turnaround here. Let’s get some rest, let’s do a good job of being ready to go tomorrow and finishing this game, and then get on to the Giants. This one is gonna be right on top of us.”

Check out some more behind-the-scenes sights and sounds from the Patriots fifth win of 2019 below.