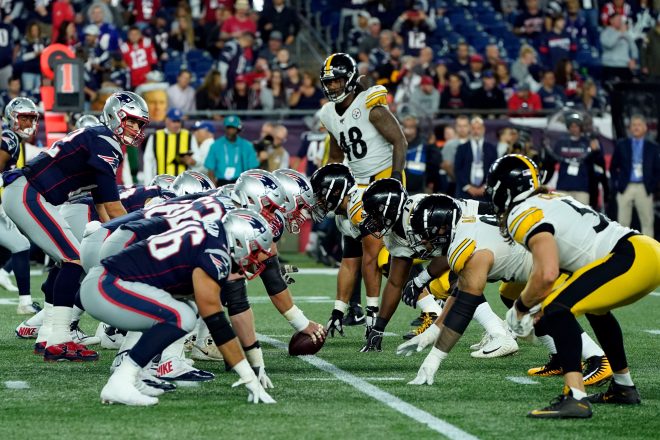 From the sixth Super Bowl banner ceremony to in-game sights and sounds, check out all of the best social media postings from week one.

In the first quarter, Josh Gordon hauled in a 20 yard touchdown pass from Tom Brady for the first points of the season.

In the third quarter a Chris Boswell 19 yard field goal put Pittsburgh on the board, but that would be all they’d get on this night. 20-3 New England.

Phillip Dorsett found the end zone for a second time following a 58 yard bomb from Tom Brady that carved up the Steeler secondary. 27-3 New England.

Things only continued to get worse for the Steelers in the fourth quarter.

Another Stephen Gostkowski field goal extended the lead to 30 at 33-3.

With the game winding down Devin McCourty iced a dominating win with an interception.

The Patriots would walk away with another dominating win over the Steelers in Foxborough with a 33-3 final score.

The team will head to Miami to play the Dolphins next Sunday at 1:05 EST.