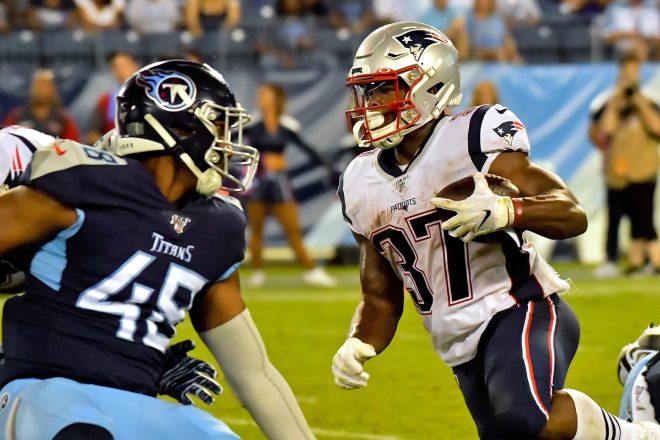 After a week of joint-practices together, the New England Patriots squared off with the Tennessee Titans on Saturday night in Nashville.

Check out all of the best sights and sounds from Preseason Week 2.

In the first quarter, onlookers got to watch more promising plays out of the Patriots pass rush and rookie Byron Coward out of Maryland.

A successful two point attempt after gave the home team a 7-0 lead.

In the second, another Patriots rookie made it into the highlight reel, running back Damien Harris broke free for a 20 yard gain to setup the tying score.

Brandon Bolden finished the drive and the game was knotted up at 8 all following a successful two point attempt.

The Titans would close the half on a 9-0 run following a Jeremy McNichols 15 touchdown pass from Ryan Tannehill and a defensive safety.

In the second half rookie linebacker Chase Winovich continued to impress on defense.

With rookie Jarret Stidham now under center, the Patriots rallied back to cut their deficit to two.

A Nick Brossette one yard run finished the drive.

The game remained deadlocked at 17-15 until under 5 minutes to play in the fourth.

Stidham found Damoun Patterson from 23 yards out to give the Patriots their first lead of the night.