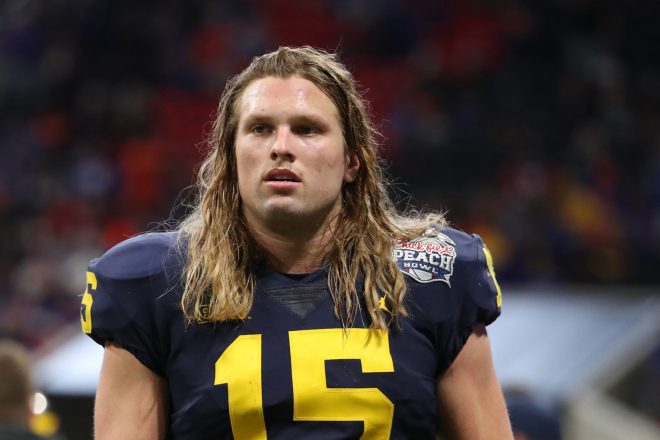 BThe Patriots were busy on the second day of the 2019 NFL Draft in Rounds 2-3 and were making trades in addition to adding players. They entered Friday evening with five draft choices. When all was said and done, they maneuvered up and down around the board and made four selections.

The team addressed some areas of need and added players to positions that were already strong. On Friday night they added the following new players:

JoeJuan Williams, #45: Williams joins an already loaded cornerback position, so it most definitely wasn’t a position of need. But by moving up 11 spots in the draft, Williams is someone they definitely coveted. The Patriots got the #45 pick for #56 and #101 selections in the draft.

Williams is a big, nearly 6’4, 217-pound corner who is very aggressive and physical. He’ll obviously be used in matchups with big WRs or TEs. One can foresee the Patriots using Williams, who doesn’t have great speed as their corner with help over the top with a safety. People have been already projecting him, because of his size to be a Brandon Browner-type player.

But he joins a very crowded CB position with Stephon Gilmore, J.C. Jackson, Jason McCourty, Jonathan Jones, Keion Crossen, and Duke Dawson. With so many quality corners, one has to wonder if someone is going to be moved in a trade.

Chase Winovich, #77: The Patriots then selected the athletic and big personality Winovich from Michigan. Winovich runs well (4.59 in the 40), and has a penchant for making plays in the backfield with 15.5 tackles for loss and five sacks in 2018.

He’s very disruptive and asked to describe himself to the NE media said, “I like to think of myself as a junkyard dog…Tenacious.” To say he has a high motor is an understatement. He sets the edge very well and creates pressure on the QB.

Damien Harris, #87: While again, not a position of need, the Patriots added the three-year starter from Alabama to the mix at running back. Harris is 5’11, 217 and a team captain, strong locker room presence and a very experienced special teams player. He’ll be an immediate fit.

Harris will immediately inject youth and a dose of physicality to the position. The team was hurting there in 2018 and had to move Cordarrelle Patterson to the position for a while. Harris is productive (ran for over 3000 yards at Alabama), runs low and hard between the tackles, is very good in short-yardage situations and is a reliable pass catcher. He’s also an excellent pass blocker.

Yodny Cajuste, #101: Cajuste from West Virginia is probably the Patriots swing tackle for 2019, and a replacement for LaAdrian Waddle who went to the Bills in free agency. He has prototypical size at 6’5, 312 pounds and was pretty nimble for a big man.

Cajuste was a starter for 2.5 years for the Mountaineers and is a very good pass blocker. His work in the running game is inconsistent as WV was a definite pass-first offense. He has excellent balance, agility, and quickness for the position.

Cajuste has an injury history but will have time to work on his craft with Dante Scarnecchia and could move into a starting role by Year 2. Pro Football Weekly had Cajuste as their #4 rated tackle in their pre-draft publication.