4 years ago at 9:15 am ET
Follow @IanLogue
Posted Under: 2018 Patriots Regular Season 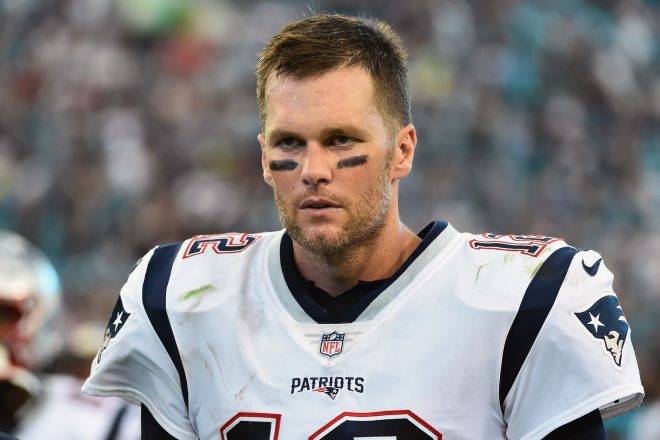 Through the first three games of the 2018 season, most of the discussion has centered around the struggles of Tom Brady and the passing game and the problems they’ve faced during the team’s 1-2 start.

With Julian Edelman sidelined and the team adjusting to the loss of Brandin Cooks and Danny Amendola, the hope was that Chris Hogan, Phillip Dorsett and Cordarrelle Patterson would be enough to get them through but it hasn’t quite worked out the way they probably hoped.  If the results don’t speak for themselves, a look at how they started last season is enough to remind us that they’re obviously playing nowhere close to what they’re capable of.

Compared to the first three games of last season, there’s a drastic difference in passing yards for Brady and the offense.  So far here in 2018 Brady’s currently thrown for 644-yards compared to 1092-yards during the first three contests of 2017.  The number of attempts is similar, with Brady having attempted 100 passes this season compared to 110 at this point last year.  The completions are also similar, with Brady completing 64 passes compared to 71 at this point in 2017.  But the yards per catch rate is much lower, with receivers averaging 10.1 yards per reception compared to 15.4.

But the biggest thing that stands out is the drastic difference when it comes to the contrasting numbers put up by last year’s group.  At this point last season the Patriots had five players in triple digits in receiving yards, including two who had already eclipsed the 200-yard mark.  This year, they have three with triple-digit yards, but none have broken 200-yards.

One other big difference is the number of receiving first downs, which so far in 2018 has seen them move the chains just 32 times compared to 46 at this point last year.

What’s interesting is the fact that despite the report by Rob Gronkowski’s brother, Chris, that the tight end is frustrated over the inability for his fellow receivers to get open, his number of receptions aren’t that far off from where he was at this time last season.  Gronkowski had 16 receptions for 238 yards at this point in 2017 compared to just 13 receptions for 189 yards his season, so he’s only three catches off of last year’s pace.

But looking at the two receiving charts by distance from each of the past two seasons, the most glaring thing that stands out is that at this point last year the team had 6 six pass plays of over 30 yards.  This year, so far, they have zero. 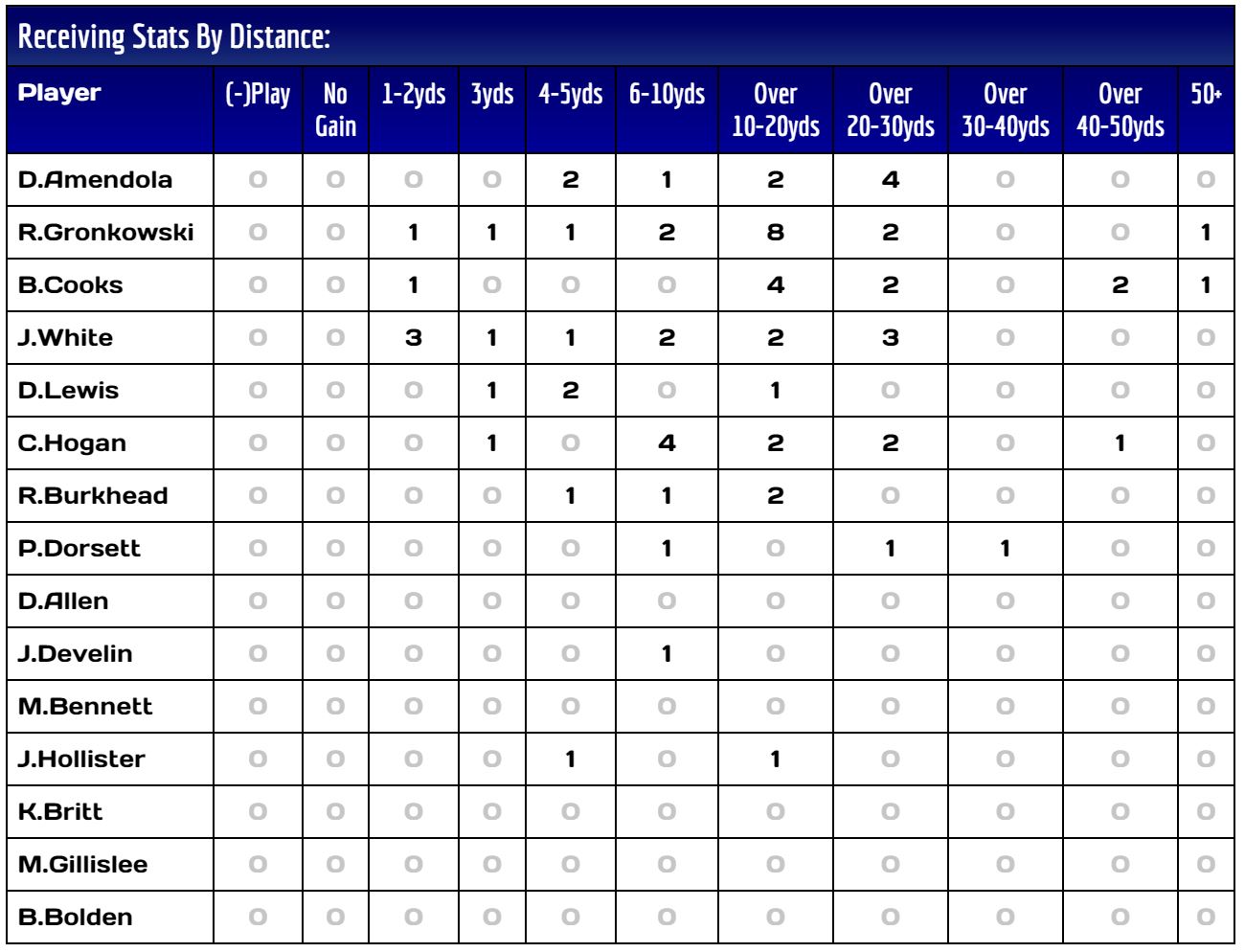 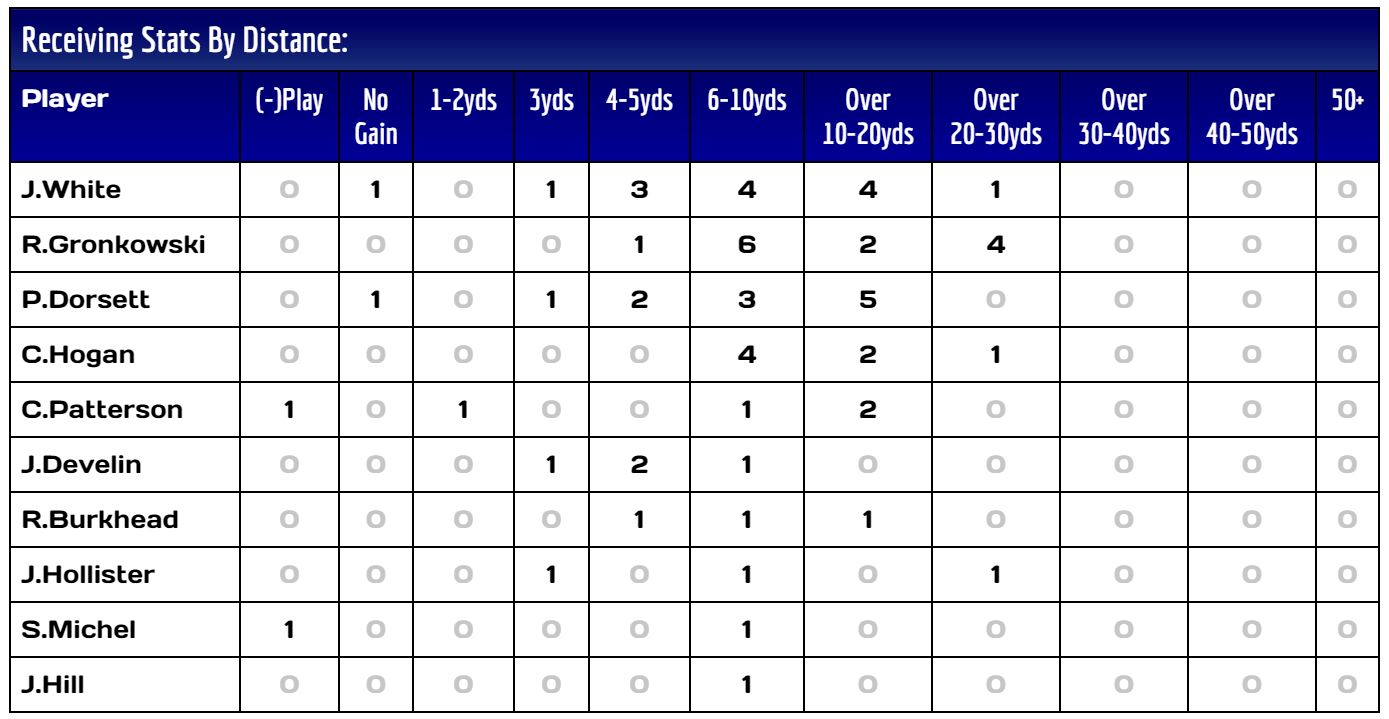 To take it a step further, at this point last season the team had 20 receiving plays of 20+ yards.  This year, they have just 7.

Needless to say with 13 games still left to play and Edelman coming back after this week, along with the addition of Josh Gordon, hopefully, things will improve.  But so far, the numbers are certainly eye-opening and it’s clear this team is still trying to find themselves after a surprisingly slow start.

By: Robert Alvarez
The Date and time for Vince Wilfork's Patriots Hall of Fame induction ceremony is announced by the team,
12 mins ago