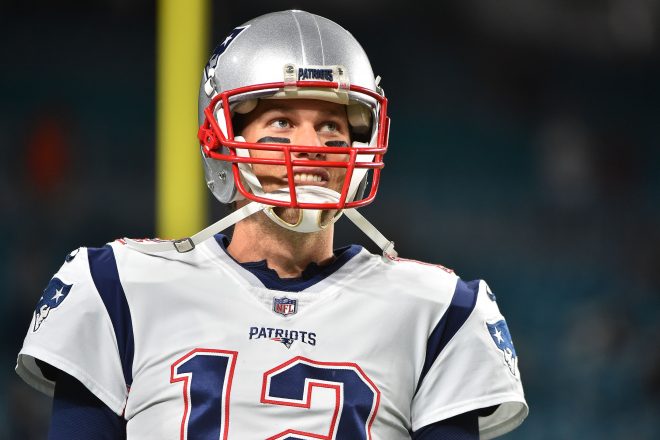 Tom Brady is ready to go against the Jacksonville Jaguars on Sunday.

On Instagram Thursday night, Brady posted a week two “hype video” that prominently features Jaguars trash talker Jalen Ramsey, who had some things to say about teammate Rob Gronkowski a few weeks back.

The video includes clips of the pregame exchange of words between Brady and Ramsey before the 2017 AFC Championship.

Brady was asked about Ramsey’s trash talk earlieir in the week.

“I think it raises everybody’s game, as long as it doesn’t get to the point where you do something stupid,” he said. “I think emotion in football is critical, and I think you have to have energy and emotion. It’s a game of poise, certainly, but it’s also a game of just cutting it loose.”

While Ramsey criticized Gronk, he had “praise” for Brady, stating he “doesn’t suck”

To which Brady responded “I never want to suck. I don’t want to be in that category.”

Although the Patriots aren’t known for responding to the noise with a “clap back” of their own, the following post may be the best fans will get heading into the rematch Sunday afternoon in Jacksonville.

How Was This Article?
Posted Under: Patriots Commentary
Tags: Jalen Ramsey Tom Brady