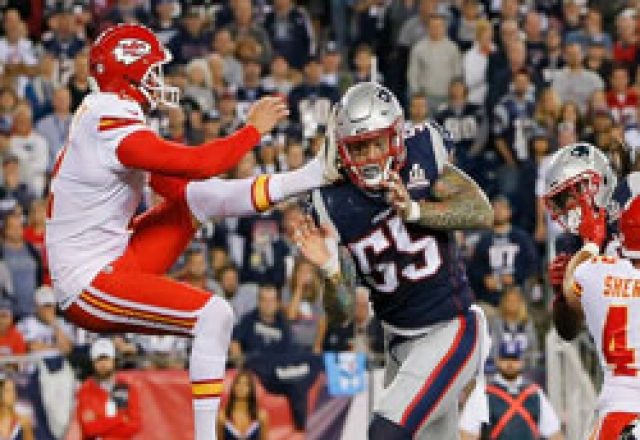 Over the past week a few more NFL players have come out voicing their thoughts on how tough it is to play in New England under head coach Bill Belichick and shared some criticism of the so-called “Patriot Way” coaching philosophy.

On May 26th, the San Francisco Chronicle published an interview with current 49ers defensive Cassius Marsh, who had strong strong words for Belichick during his brief time in New England last season. Marsh was waived after just nine games last season.

“They don’t have fun there. There’s nothing fun about it. There’s nothing happy about it. I didn’t enjoy any of my time there, you know what I’m saying? It made me for the first time in my life think about not playing football because I hated it that much.”

“I just want to address all you Patriots fans who don’t like this new article. I’m sorry to hurt your feelings. Seems to be breaking your heart. But if you can’t handle the truth, stay off my page. Don’t read articles. That’s how I felt. That’s how I still feel and I’m grateful to be away from there, grateful to be where I’m at.”  He said via a since deleted video to Reddit.

The negativity didn’t stop there, on Wednesday, Philadelphia Eagles lineman Brandon Brooks called his time with Bill O’Brien, a Belichick protege, “miserable” while he was in Houston with the Texans.

“It’s crazy that people haven’t known this,” said Brooks. “It’s been this way for like a decade. You’ve seen— Reggie Wayne did it. He retired. He went there [to the Patriots] for a training camp and retired. Shit is not fun there. I was under the same regime in Houston [with O’Brien]. I almost retired. Shit was miserable, every day. Every day.”

In response to the latest critics, a few former Patriots took to Twitter to defend their former team while also providing some clarity to the “no fun” comments made by Marsh and Brooks.

We had fun winning our rings, this whole conversation is just stupid. It wasn’t easy, but not easy doesn’t mean not fun. Hard can be rewarding, some people don’t like hard. It is what it is. Old Reggie Wayne & Cassius Marsh as proof [of what?] is just crazy comment section logic.

No truer words have been spoken!!!! https://t.co/lXTnGdacTQ

Players that don’t like their Patriot experience are the ones that can’t take tough coaching, get eaten up by the pressure, blame others for failures and expect things are supposed to be given to them.

After losing for 10 years I found winning extremely fun. What it took to become a winner wasn't fun but the results were sand the guys I won with were plenty fun.

You can't get mad at Cassius for saying it wasn't fun for him. Those are his truths.

I mean the team slogan is #NoDaysOff lol.

Nah he's a winner. He won lots of games the Seattle Way. He's a good dude. There's just more than one process to winning. https://t.co/WDDYOOdHlD