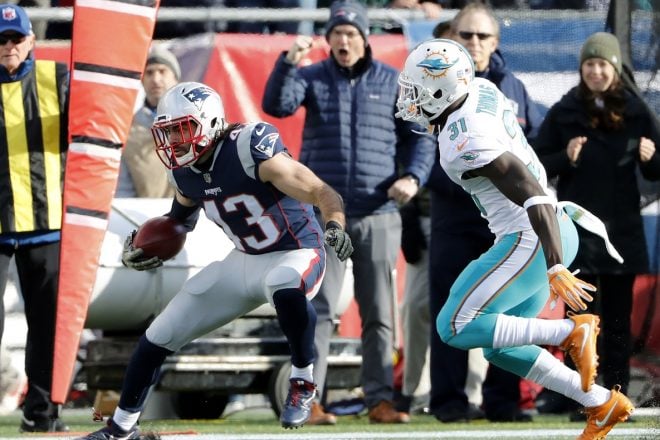 The New England Patriots made their first official signing of 2018 Free Agency on Tuesday, bringing back safety and special teamer Nate Ebner on a two-year contract worth 5 million with $1.2 guaranteed. He can make $2.8 million in 2018 and $2.2 million in 2019 per the Boston Globe’s Ben Volin.

Ebner, a Patriot for his entire NFL career dating back to being drafted in the sixth round in 2012, had his 2017 season cut short in Week 12 following an ACL tear while recovering a fake punt.

Despite the 2017 setback, Ebner has been a reliable member to the teams special teams unit in his six seasons and has been viewed highly by head coach Bill Belichick.

In a Sports Illustrated article leading up to Super Bowl XLIX in January 2015, Belichick was quoted saying,“I would probably put him in the, not the all-time top, but maybe in the top-five percent all time of players that I’ve coached, from where they were in college to how they grew in the NFL.”

On Instagram Wednesday, Ebner shared his excitement towards the new contract.

All smiles! Glad to be back with my dawgs!!! Thanks for all the continued love and support #patsnation you are truly the best fans in the world! #gopats