4 years ago at 8:23 am ET
Follow @SteveB7SFG
Posted Under: Patriots Commentary 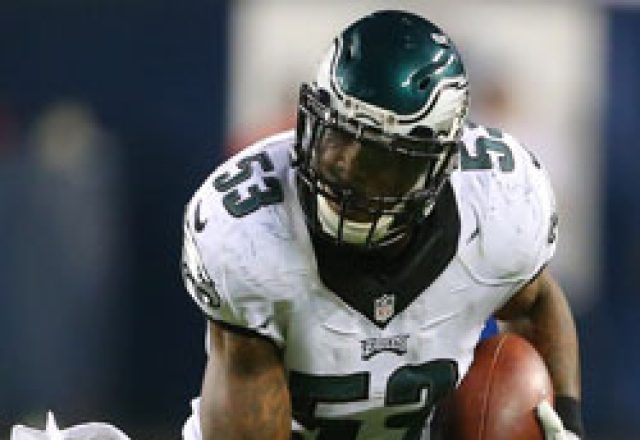 The legal tampering window is upon us and with free agency and another blizzard right around the corner, it is a good time to kick back with a coffee and look at the free agency help that is out there. For this particular exercise, we’re looking at fits for the Patriots defense, specifically, the linebacking core as all but one of these are linebackers and one corner. Are there others out there? Absolutely. But these are the ones we like the fit to New England.

As always the price of the free agents will drive the train and the Patriots don’t have anywhere near the flexibility that they had a year ago. And many of these free agents, perhaps all of them may be out of their price range. But in terms of fit, in our opinion, these players would be good additions to the defense.

Again, there are other players out there who may either be of interest to the Patriots but here are some of the ones we believe will be a good fit in the defense.

Nickell Robey-Coleman: The Patriots are very familiar with him, having played for four seasons with the Buffalo Bills and he fits a very specific need of theirs, which is a slot corner. Coleman can play boundary corner but at 5’8, 165 pounds, he’s better suited for the slot where he’s flourished.

Coleman was an undrafted free agent in 2013 played on a one-year prove-it type deal with the Rams last season and there is plenty of talk that he wants to return to Los Angeles and that Rams want him back.

Coleman had a very good 2017 season logging 50 tackles, two tackles for loss, nine passes defensed, one forced fumble, and one interception. The Patriots need a slot corner. Jonathan Jones was close to taking over that spot but then was injured and went on IR. He was missed in the Super Bowl, especially with Malcolm Butler being benched in the game.

Eric Rowe is better suited to be a boundary corner which would leave the slot wide open. Cyrus Jones is still in the mix, but at this point, he can’t be counted on as he’s still an unknown. I would still expect them to address the position in the draft as well.

Paul Worrilow: If the name sounds familiar, it should reportedly the Patriots kicked the tires on him last spring when he was a free agent from the Atlanta Falcons. The 27-year old linebacker signed a one-year, $3 million dollar contract with the Lions last season.

Worrilow was slowed by a knee sprain of his MCL and played in just 13 games, starting in eight. He put up only so-so numbers with 30 tackles, one pass defensed and a fumble recovery. He struggled with his tackling as well as in coverage.It doesn’t appear that Detroit is interested in bringing him back with new head coach Matt Patricia.

Would the Patriots be interested in him a second time around? I’d say no at first glance but one can never be too sure. If they feel he’d fit better in Foxboro in what they’d ask him to do, he could be a middle of the road, lower cost free agent.

Avery Williamson: Another guy that the Patriots have liked in the past is Titans inside linebacker Avery Williamson. The 26-year-old has just finished his rookie contract deal with Tennessee and wants to test the market.

Williamson would immediately upgrade the Patriots run defense in the middle as he led the Tennessee defense with 92 tackles, 3 sacks, and 2 forced fumbles. He received a 90.1 grade in run defense from Pro Football Focus, which was sixth best in the league. He’s a very durable player who has missed only one game in four years and is decent but not great in coverage.

Nigel Bradham: We wrote about this about a month ago as he’d be a great fit for the defense. Bradham is a very durable, sure tackler in the middle of the defense who is very good in coverage.

After Jordan Hicks went down with a torn Achilles last year in Week 7, Bradham began calling the signals for the Eagles defense and was one of their leaders and a very well respected veteran in the locker room. The 28-year-old finished with 88 tackles, 1.0 sack, one forced fumble and one fumble recovery.

He’s one of the most highly sought free agents out there with sources within the NFL reporting that 8-10 teams are interested in his services. While Philadelphia would love to have him back, they are currently $17 million dollars over the cap. And the interest he’s being given, will no doubt drive his price out of the Patriots range, but in terms of fit. He’d be excellent in the Patriots defense.

Preston Brown: Brown has already made it clear that he would be open to signing with the New England Patriots as they’ve gotten a lot out of several former Bills players.

“I think I can definitely help the young guys they have,” Brown said. “They’ve got some good young talent at linebacker. They run pretty well. I know Harris retired. A lot of young guys were playing well, Van Noy and Roberts played well. They definitely have some things they can work on like we all do, but I think I can help that defense get better. “

The Patriots know him well having faced him twice a year in the division. Brown has never missed a game in his four-year NFL career and calls the plays in the Bills defense. He’s a tackling machine and led the league with 144 tackles in 2017.

He’s just 25 years old and would be an instant upgrade in the middle of the defense and a fantastic fit. He’s rumored to be in the market for about in the area of a $7 million a year range. If the Patriots can somehow make that work, Brown would be a tremendous addition to the front seven.

Alex Okafor: The Saints definitely had a free agent under the radar hit signing when they nabbed Okafor during free agency last year. He was playing very well for a rejuvenated defense that went back to the playoffs in 2017. He had 4.5 sacks, nine QB hits, and two forced fumbles in the first 10 games before tearing an Achilles that ended his season prematurely.

Okafor, 27, is expected to be fully healthy and is a versatile defender as the Saints used him both on the edge and kicked him inside as a sub-package interior rusher. The Patriots could some help on the edge.

With Dont’a Hightower, Shea McClellin, and Derek Rivers all ending up on IR, it left the team thin with Trey Flowers, Deatrich Wise, Adam Butler and Eric Lee. Okafor could be one of those veteran signings (we’ve already mention Connor Barwin) that won’t break the bank but would allow the team to rotate their players in and out, set the edge and get some pressure on the quarterback.