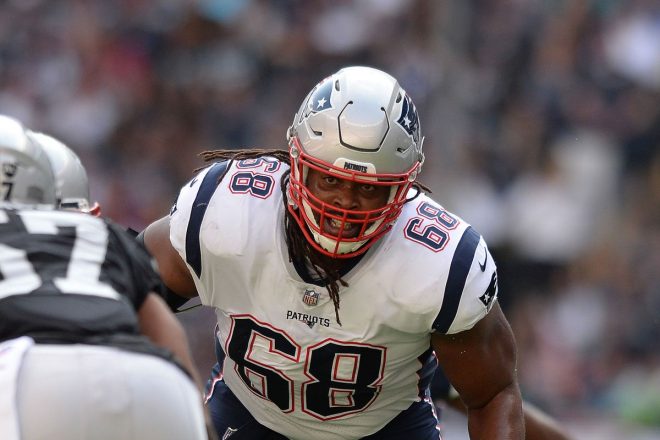 Like the old saying goes…you can never have enough tackles or cornerbacks. And the Patriots were indeed fortunate to have the depth they enjoyed in 2017. They started the season with starters Nate Solder and Marcus Cannon in place. They drafted what they hope to be their left tackle of the future with Tony Garcia.

And they had returning swing tackle backups LaAdrian Waddle and Cam Fleming in place. It turned out all of those returning pieces were needed. Cannon was injured and placed on IR. Waddle stepped in and played very well. So well in fact, that they hardly missed a beat. He gave up a grand total of zero sacks on the season and seven QB hits in just under 350 offensive snaps this season.

Then Waddle got hurt and in stepped Fleming. He played very well in the playoffs and against the Eagles in the Super Bowl, he and Solder had very strong games. All four tackles played meaningful snaps during the season. And all, thanks to the superb coaching by Dante Scarnecchia, were very solid.

One need only look at some of the teams that struggled during the regular season, their offensive lines, particularly the tackle play was frequently a major issue. The Patriots not only used four but all of them did a good job overall during the season. They also have Cole Croston and Andrew Jelks who the team has high hopes for in the future as well as Garcia. Garcia, it turned out never took the field, he was on NFI list all season with an illness and we’ve read that he lost upwards of 40 pounds during the season.

Free Agency is Key to Continuity: Now three of those tackles are free agents. Solder, Waddle, and Fleming are all unrestricted free agents this spring. So the depth that they currently enjoy will be severely tested this spring.

We’ve already posted on how we feel about resigning Solder and what it may entail. You can re-read that here: In a perfect world, the Patriots would sign all three and enter the 2018 season intact again across the offensive line.

But they have to deal with the realistic scenario that Solder may either not return to the Patriots or retire this spring. Either could conceivably happen and if it does, then they have some decisions that they’ll be forced to make. 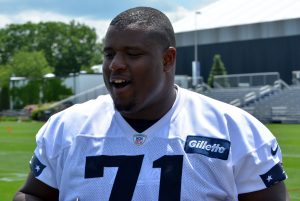 While both Waddle and Fleming have played well as spot starters, do they want them playing on the edge for 16+ games as starters? Probably not. Then they’d be forced to look at free agency (not a great crop) or the NFL draft to find his replacement. Why? Garcia is still an unknown commodity. They haven’t seen him play yet. Compounded with his current medical condition, he’s a big question mark right now. And then they’d be looking at how to deal with the talented duo of swing tackle backups.

Why Waddle and Fleming Will Resign:  The Patriots will probably try to resign both Waddle and Fleming. As last year showed, they were both needed and they each showed themselves valuable enough to play an important if limited role in their success.

Neither probably has a large enough body of work to be seriously considered for a starting position on another team. Would another team tempt either away with enough cash and an opportunity to start? The odds are against it but never say never. As we mentioned above, the tackle play around the league varied, and some teams were just awful.

It probably won’t break the bank with guaranteed money to bring back either. Both have familiarity with the system and coaches and like it here (much to the chagrin of Lane Johnson).

The absence of a bunch of guaranteed money will still allow the trio of Jelks, Croston, and Garcia to develop but leaves the team in a very good position in the event that there are the inevitable injuries.

They may decide on just one and let the other walk,  and deciding that either Jelks, Croston or Garcia is worthy of backup snaps with a chance to start down the road. In which case it would be a difficult decision. While Waddle has played the better of the two, his injury history this season may give the team some pause.

But the key from a Patriots’ perspective begins with getting Solder back in the fold. If they are able to do that, then getting their swing tackles back will be a nice addition. I think it is a no-brainer that they’ll try to bring back at least one and possibly both Waddle and Fleming.