While we’re waiting for the Jets game on Sunday to round out the regular season, it will also mark the end of the calendar year 2017. And it has been quite a year for the Patriots. One thing that can be said about this team is that they can be many things, but boring is never one of them. The year began with a tough divisional win over Houston, to the crushing of the Steelers in the AFC Championship Game, to the epic comeback in the Super Bowl over the Falcons. And that was just the beginning of the year.

Free agency, the 2017 NFL Draft, Mini-camp and Training Camp set the table for a very exciting year. The slow start out of the gates made for intriguing storylines but in the end, the team has won 12 games with one still left to play. The legacy of this team has yet to be written, and that won’t begin for another two weeks. In a perfect world, the team would have four games remaining to play.

So here is our list for some of the big moments of 2017:
Best Moment:
James White’s touchdown to win the Super Bowl. What seemed like a pipedream in the third quarter came to fruition as Tom Brady and the Patriots offense cruised down the field in overtime with an epic drive to win the game. Watching White dive across the goal line was a surreal moment that will be an iconic moment in team history right up there with the Malcolm Butler interception.

Honorable Mention: Julian Edelman’s catch to keep the tying drive alive in the SB. It was a tremendous effort that seemed crazy at the time and was caught perfectly by the cameras as frame by frame, it was an obvious catch.

There was a couple of others, Cooks winning TD catch against the Texans and Harmon’s game-clinching INT vs Pittsburgh were great moments for the team.

Seeing Julian Edelman go down in the preseason. It was the beginning of an epidemic of injuries this year. After the year Edelman had in 2016, especially with the Super Bowl, confidence was high in 2017. It wasn’t to be.

Dis-Honorable Mention: Just about anytime Brady has an off-game, we’re subjected to all of these hot takes “Is this the beginning of the end?” yada, yada…stop. No Edelman, Malcolm Mitchell, Martellus Bennett, Chris Hogan, James White, Rex Burkhead and others and he puts up an MVP-type season? Who else does that? Anyone? Anyone? Bueller? This nonsense gets old. A week ago without all those weapons, the Patriots put up 37 points against a pretty good defense and what was a playoff team. And he had a bad game?

The trade of Jimmy Garoppolo is still incomplete at the moment. While no one wanted to see him leave the Pats, his success so far isn’t an immediate ticket to Canton and an automatic Super Bowl bid just yet. We’ll see how he does when teams have a lot of tape to watch on him. But right now, the results are very impressive.

Best Addition- Veteran:
Brandin Cooks came in and logged 1000 yards receiving with a game to play. From the beginning of mini-camp, we’ve watched this guy turn on the jets (no pun intended) and just imagine how effective he’d be if the other guys were all healthy. Has he been perfect? No, but he’s brought a dynamic to this offense that was sorely needed. 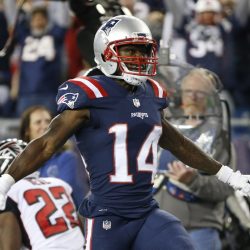 Honorable Mentions: Rex Burkhead and Stephon Gilmore. Burkhead hasn’t been able to stay healthy this season, but when he’s in the lineup the offense is very difficult to slow down. Gilmore despite being the whipping boy for the fans and media due to his contract has been the better starting corner overall.

Best Addition – Rookie
Deatrich Wise has had an under-the-radar solid season where he’s put up similar numbers to Chandler Jones’ rookie season while logging far fewer snaps. Wise had a very solid training camp where he appeared much more mature and seasoned than a guy entering his first NFL training camp. The moment was never too big for him and he’s had a solid rookie campaign.

Honorable Mention: Adam Butler was a guy few if any, gave any shot at making the team in July. But he worked hard and made a few splash plays every day in training camp. He’s become a nice rotational piece for the defensive line.

Biggest Loss:
This one is a tie between Chris Long, Rob Ninkovich and Dont’a Hightower since we listed Edelman above. I loved what Chris Long brought to the defense and when he left via free agency, I thought it was going to hurt. And seeing what he’s doing in Philly has not changed my opinion at all. Losing Long and Jabaal Sheard in free agency was a big loss on the edge. 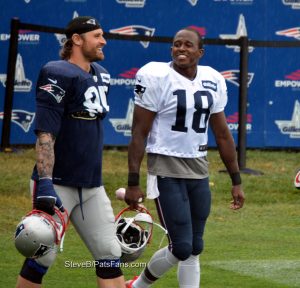 But the team added Kony Ealy in a trade and drafted Derek Rivers and Wise in April. Rivers was an intriguing piece, who had just begun to catch on when he was lost for the year due to injury. But the team still had the veteran Ninkovich for one more season…they thought.

Ninkovich’s abrupt retirement during training camp coupled with Ealy’s inability to catch on and Rivers’ injury really left the team strapped on the edge. It has been an issue since Week 1 of the season. Ninkovich was never going to be listed as the most talented guy at his position but when the games were on the line he was at his best.

Hightower was the one guy this defense could ill-afford to lose. The talented, physical but oft-injured linebacker/edge player from Alabama re-signed to New England in the offseason and can do a multitude of different things; play MLB, OLB, DE and be an effective blitzer as well. If the team falls short of its goal this postseason, Hightower’s absence will no doubt play a huge factor.

Biggest Surprise:
Dion Lewis has taken over the Patriots backfield in the second half of the season and has been simply outstanding in doing so. With a very crowded backfield during training camp, many had Lewis in not even making the roster. Early in the season, the Patriots were going more with Mike Gillislee and James White and Lewis’ snaps were virtually non-existent. This led many to believe that Lewis would be gone by the trade deadline. 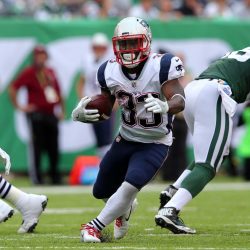 Thankfully that didn’t happen. He’s been outstanding in the running game and is averaging more yards after contact than any back in the NFL. He had his best game as a pro last week and the arrow is continuing to point up.

Honorable mention: While I can’t really say I was surprised by Burkhead’s success, we all thought he was a great fit for the Patriots, but the way he worked himself in as an integral part of the offense WAS a surprise, taking away reps from James White.

Biggest Disappointment:
Derek Rivers injury was a huge disappointment here. While many will point to his just being a rookie and coming from a small program at Youngstown State, I was intrigued by his measurables and watched him closely at training camp and it seemed the light had gone on and he was going to be an impressive guy to watch. Hopefully, he’ll be ready to go in 2018. 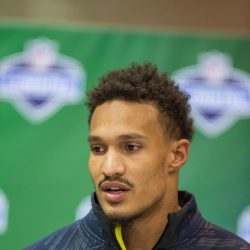 Honorable Mentions: The accident suffered by Harvey Langi and his wife was a scary reminder that these things can happen to anyone. Langi and his wife were stopped at a red light in Foxboro when another vehicle slammed them at close to 50 mph. Both had to be cut out of the vehicle with the jaws of life. He’s another guy that the defense could have used this year. Hopefully, both are recovered fully by now. Kony Ealy…. Coulda, shoulda, woulda…

Here’s hoping that 2018 gets off to an even better start. Happy New Year.