FOXBOROUGH – The Patriots did not deserve to win this game, almost did, and in the end lost.

And it all falls on the defense, especially on the final drive of the game by the Carolina Panthers.

An afternoon of blown coverages and costly penalties came down to a 48-yard field goal attempt by Graham Gano, who had missed an extra point earlier in the game. Gano nailed the kick as time expired, giving the Panthers a 33-30 victory at Gillette Stadium on Sunday afternoon. The Patriot defense was completely to blame for this loss, and where Bill Belichick and Matt Patricia go from here is anyone’s guess.

The costliest play of the game for the Patriots came on the final drive. Needing to get the ball back after having tied up the game at 30 with 3:09 left in the game, Deatrich Wise managed to sack Cam Newton back at the 16-yard line on third and seven. But instead of Carolina having to punt the ball back to the Patriots, an illegal hands to the face penalty on Stephon Gilmore on Devin Funchess negated the sack and kept the drive going. It was the second such penalty called on Gilmore in the game, the first one in the third quarter on Kelvin Benjamin which led to a Carolina touchdown.

The Gilmore penalty seemed to encapsulate the afternoon for the Patriot defense. Eric Rowe had perhaps his worst game as a Patriot before leaving the game after the first play of the third quarter. Rowe surrendered an easy touchdown late in the first half to Funchess as he bit on a play fake, looked lost in no man’s land, then watched as Funchess caught a 10-yard scoring pass in the left corner of the end zone with Rowe nowhere near him. The man who was trusted to cover Julio Jones in the Super Bowl was duped several times in the game.

Communication breakdowns continue to abound. The previous touchdown in the second quarter was scored by Fozzy Whittaker, a 28-yard left screen pass. Christian McCaffrey went in motion to the right, and the entire back seven bit on the misdirection fake. Nobody stayed home to cover Whittaker on the left side, who glided in untouched for the score. Devin McCourty and Gilmore both went left to cover McCaffrey, leaving nobody behind to check Whittaker. On several occasions, Patricia could be seen on the sidelines going ballistic on his defense. Gilmore blamed the touchdown on lack of communication in an interview after the game.

Newton put up numbers he had no business doing, mostly because the Patriots allowed him to. He finished 22 of 29 passing for 316 yards and two touchdowns and a 130.8 passer rating. Newton also had 44 yards rushing on 8 carries, some of them on designed rushes. Newton caught the Patriots several times in non-containment situations, despite Newton being injured and not nearly the same running quarterback he had been in previous seasons. 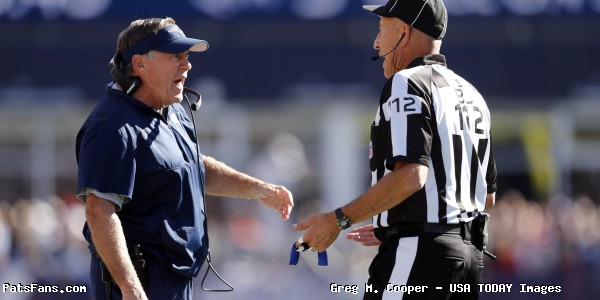 The Panthers finished with 444 total team yards on offense. Coming into this game, this offense was not expected to produce these numbers against the Patriots, even in their current state. The Patriots gave up four plays of 20 yards or more, another alarming pattern of this season. The communication issues that Gilmore alluded to in his interview remains perhaps the biggest problem besetting this defense, but the problem is becoming more of a pandemic rather than just some occasional brain cramps.

Fox television analyst Troy Aikman opined that these are the sort of things that Belichick and Patricia will figure out eventually, and that by the end of the season this will be one of the best defenses in the NFL. This assumes that the Patriots have the raw material to pull it off. Dont’a Hightower returned to action today following an injury, but his job is to handle the front seven, not the secondary. Maybe it will fall on McCourty to be the solution to the problem, because it is clear that Gilmore has not yet assimilated the Patriot system, and Malcolm Butler may still be thinking about his next contract rather than playing winning football. No explanation as to why Rowe played so poorly in this game.

Offensively, you can’t blame Tom Brady. He once again put up over 300 yards passing (307), completed 32 of 45 passes and threw two touchdowns, and finished with a passer rating of 104.6. James White led the team with ten catches, and Rob Gronkowski had 80 yards. He also had two other nice catches negated on offensive pass interference calls.

Some analysts might say that the Patriots were jobbed by Jerome Bogar’s officiating crew. The Patriots do scout officials, and Bogar’s crew is known for throwing a lot of flags. The Patriots finished with seven penalties for 55 yards, the most damaging being Gilmore’s second hands to the face penalty. Carolina had only one penalty, a 33-yard pass interference call on Mike Adams in the second quarter covering Gronkowski deep, with Gronk giving it the good acting embellishment job. On the final drive, Patrick Chung was called for a very questionable holding call on McCaffrey when replay showed it was just typical incidental contact. Whatever the case, you cannot ignore the general lousy play by the defense as the real culprit in the game.

Completely lost in the shuffle was a nice afternoon by kicker Stephen Gostkowski, who drilled three field goals, including a 58-yarder at the end of the first half which was his personal best and also a Patriot franchise best. The ball hit the right upright and fell through for the three points. Gano missed one of his extra points, making the game tied in the end until he won it with his walkoff kick.

The Patriots have a short week as they prepare to head for Tampa Thursday night and a date with Jameis Winston and the Buccaneers. Winston is another mobile quarterback, and could also expose bad communication and execution by the Patriots as well as Newton did. The Patriots don’t have a lot of time to fix these problems this week. Winston might go into the film room and come out licking his chops prior to Thursday night.

Whatever the case, this is a far cry from the 16-0 Patriots we thought we had in August. Aikman may be right, in that this team will finish better than it starts, and the Patriots have been 2-2 before and won a Super Bowl (2003). You’ve seen it before from this team. Belichick excels at adjustments and tinkering with a team better than any coach now and ever. You might not see it Thursday night at Raymond James Stadium, but you should eventually see something better than you saw on Sunday.

In courtrooms, defense rests. The Patriots have a defense that clearly cannot afford to rest at all.