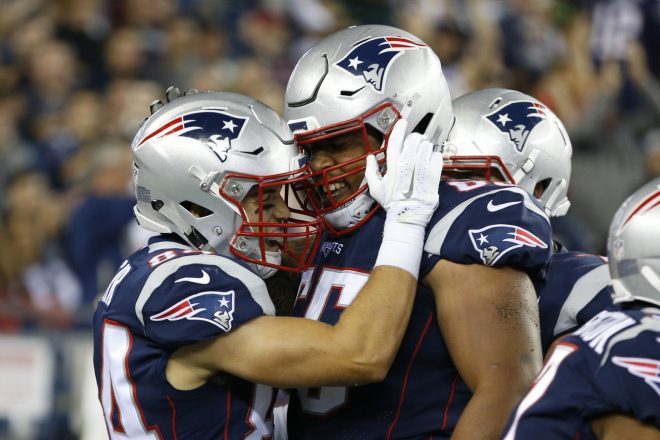 It’s been a busy day so far on Sunday, with some former Patriots ending up with other teams, while others managed to slip through waivers and end up back in New England.

Other players who were reportedly scooped up by other teams include WR Austin Carr (New Orleans), CB Kenny Moore II (Indianapolis), OT Conor McDermott (Buffalo) and TE James O’Shaughnessy.  Moore II was initially thought to have made it through, but instead ended up being claimed by the Colts.

McDermott’s loss is a little frustrating as he was a 6th round pick in the 2017 draft and seemed like he’d be a part of the club’s future on the offensive line.  Instead, the Bills claimed him, but the team at least caught a break with Karras slipping through and they were able to bring him back into the mix.

Fans who were likely disappointed to see Carr get picked up may get to see him in action again.  The Patriots face the Saints on the road in Week 2, which could see him on the field against his now former teammates.

Other players who were reportedly brought back include D.J. Killings, Josh Augusta, Devin Lucien and Woodrow Hamilton.  Those players are expected to revert to injured reserve, although as Miguel Benzan points out, the club could reach injury settlements with those players.