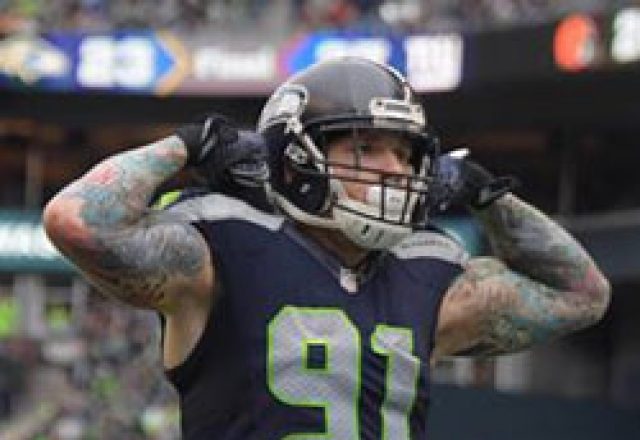 The Patriots on Saturday have been wheeling and dealing. They made their third trade of the day, sending the 7th round draft pick they received from Seattle in the Justin Coleman deal back to Seattle for DE Cassius Marsh.

Marsh is a 6’4, 270-pound defensive end who is entering his fourth season in the NFL. He was drafted in the 4th Round of the 2014 NFL Draft from UCLA. He had his best season a year ago with 22 tackles and three sacks.  He’s also a core Special Team’s player, appearing in nearly 80 percent of the Seahawks’ STs snaps in 2016.

Pete Carroll was using him as both an interior and edge pass rusher. Marsh got kudos from teammate Michael Bennett earlier this summer as one of the most improved members of the defense.

In essence, now the trade works out as Coleman for Marsh…another win-win for both teams. This will help boost the depth of the Patriots edge players and it seems like Marsh’s role will take over that of Geneo Grissom.