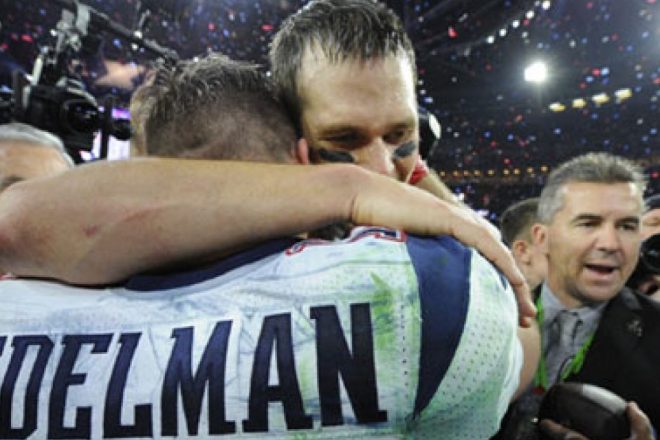 The news of New England Patriots wide receiver Julian Edelman tearing his ACL rocked Patriots Nation, his teammates and the NFL this weekend.

Following developments that Edelman would in fact miss the entire 2017 NFL season to recover, many current, former and other players from around the league took to their social media accounts to wish him well and a speedy recovery into 2018.

Let's hope for the best for my brother @Edelman11. Get well soon my friend. #JE11 #Eichhörnchen

That's my little brother, I love that dude to death. FYI Pats fans, I just heard from him and he's in good spirits. Prayers up for #11! 🙏🏿

Praying for you @Edelman11

Damn hate to see that happen. I'm praying for a fast recovery for @edelman11 ! Hard worker and great competitor.

Damn praying for a speedy recovery for my dog @Edelman11 , not many guys built like him!

Hate to see guys go down, especially ACLs. Praying for you homie @Edelman11

Even the Boston Police department shared a get well message, as “Chip and Dale” will be unable to fight crime together this season.

New England Patriots News 7-5, Who Benefits From Having Cam at QB?
By: Steve Balestrieri
| Patriots Commentary
Good morning, here is your Sunday Patriots news 07-05 and AFC East notes this week.  Here’s hoping that everyone had a healthy and happy 4th…
2 days ago

VIDEO: Celebrate Troy Brown’s Birthday With A Look Back At Career Highlights
By: Robert Alvarez
| Patriots Twitter
Check out career highlights from Troy Brown's 15 year tenure as a New England Patriot on his 49th birthday.
3 days ago