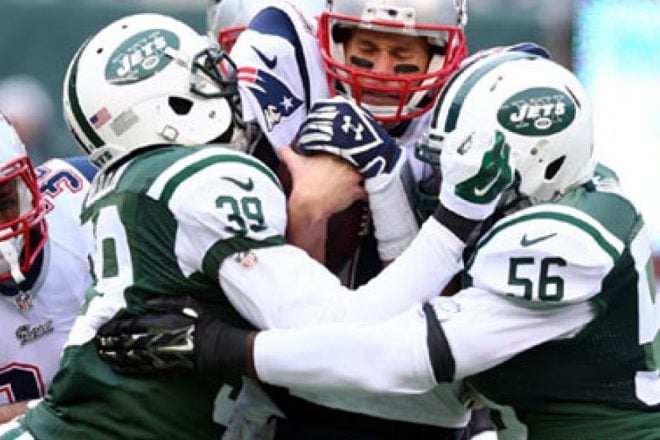 Gisele Says a Little Too Much – Gisele Bundchen appeared on CBS This Morning on Wednesday and was asked about a variety of topics, one of which obviously included her husband, Patriots quarterback Tom Brady.

Bundchen was asked about Brady’s future and if she’d like to see him retire from football, and the quarterback’s wife admitted that due to concussions he’s suffered, she does worry about him playing.

“He had a concussion last year,” she said via DeadSpin. “I mean he has concussions pretty much every—I mean we don’t talk about—but he does have concussions.”

The tough part is trying to piece together when he might have suffered those concussions, as they were never reported and he’s never been listed on the injury report as dealing with one.

As NFL Writer David Woods of theScore.com, points out Brady has never been listed with a concussion on the injury report over the past four years, nor has he ever been placed in the concussion protocol.

As a result, it’s a difficult situation and if Brady simply hid it from the team and their doctors, there doesn’t seem like there’s much that can be done.   According to  ProFootballTalk.com, the NFL and NFLPA will look into Gisele’s claims, although they released a statement saying that what they’ve looked at so far doesn’t show anything to indicate that Brady suffered a head injury.

“We have reviewed all reports relating to Tom Brady from the unaffiliated neurotrauma consultants and certified athletic trainer spotters who worked at Patriots’ home and away 2016 season games as well as club injury reports that were sent to the league office,” read the statement via PFT. “There are no records that indicate that Mr. Brady suffered a head injury or concussion, or exhibited or complained of concussion symptoms. Today we have been in contact with the NFLPA and will work together to gather more information from the club’s medical staff and Mr. Brady. The health and safety of our players is our foremost priority and we want to ensure that all our players have and continue to receive the best care possible.”

Gisele did say during the interview that she has her concerns about him continuing to play, with the more important goal being that he’s healthy and unaffected by the rigors of football once his career is over.

“I don’t really think it’s a healthy thing for your body to go through, do that kind of aggression all the time, that can not be healthy for you,” said Bundchen.  “I’m planning on having him be healthy and do a lot of fun things when we are 100 (years old) I hope.”

Winning another championship could certainly impact a potential retirement decision, especially since Brady recently said that winning a sixth title was a milestone he’d love to reach.  Whether or not he’d walk away after that remains to be seen, or if he’d instead just move on to trying to win “the next one.”

As he’s said previously, if he’s playing at a high level and he continues feeling the way he is right now physically, fans can likely expect the latter.

You can watch the full report in the Tweet below:

You can watch the full report here: https://t.co/heBVJlMy7o 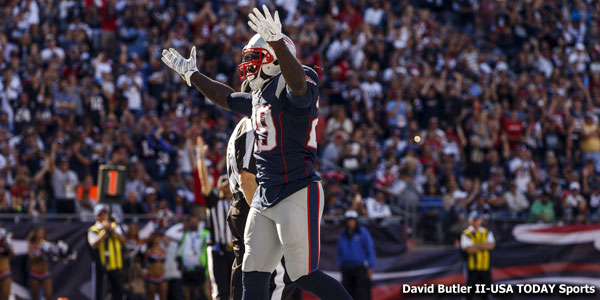 Blount finally agreed to a contract in Philadelphia Wednesday.

According to ESPN’s Josina Anderson, Blount has agreed to a contract with the Eagles, which is a deal worth a reported $2.8 million, including up to $1.55 million in incentives.  It’s a move that benefits the Patriots, who initially put the free-agent tender on Blount not long after it was rumored that the Baltimore Ravens were in contention for Blount’s services.

That seemed to scare off Baltimore and the fact that Blount will be playing for the Eagles in the NFC is a benefit since it keeps him off of a rival roster.  The other good news is, his signing keeps the Patriots in the mix in the compensatory formula, so it’s a win-win situation for both sides.

Blount had a solid career in New England, setting a franchise rushing touchdown record in 2016 with 18 during his final season, as well as 1161 rushing yards.  He also averaged 3.1 yards-per-carry in the postseason and scored a touchdown. 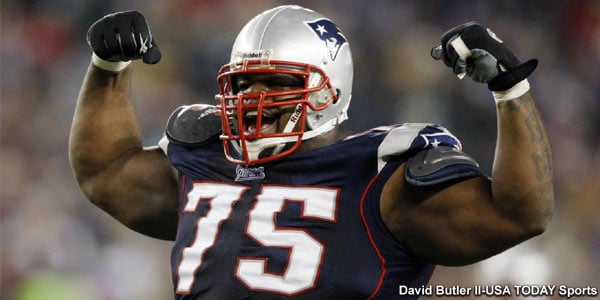 
Wilfork Not Done Yet? – All signs seemed to point to the end of Vince Wilfork’s career following the end of the 2016 season, but it sounds like Wilfork hasn’t completely closed the door just yet.

Wilfork spoke to Sirius/XM’s “Good Morning Football” on Wednesday and said that he’s not retired and that he’s simply taking his time before he makes a final decision.

“Right now, I just want to make sure whatever decision I make … I’m 100 percent confident in,” he said via UPI.com. “And right now, the only thing I’m doing is enjoying the offseason like I normally do any other year. And I’m just taking my time with everything because I want to make the right decision.”

“I haven’t spoken to Vince Wilfork since last season,” said Smith. “My expectation is that Vince is not playing anymore.”

Wilfork’s season ended at Gillette Stadium back in January when the Patriots handed the Texans a 34-16 defeat in the AFC Divisional round.  The veteran finished that game with just one tackle but received a standing ovation when Texans head coach Bill O’Brien called Wilfork off the field, which saw the former Patriot blow kisses to the crowd as he walked to the sideline.

When the game was over, Wilfork felt it might be the last time he would take the field.

“No emotions and I will take my time and think about it,” said Wilfork back in January.  “I think I have played my last NFL football game. I will take the time and do my due diligence and sit back see if I really want to retire. We will see. I don’t know how long that will take. I will see, it doesn’t change the fact that I enjoyed every bit of my career; I enjoyed 11 great years in New England and enjoyed two great years in Texas with unbelievable teammates.”

Now the big question will be whether or not he’ll make it three, or if he’ll walk away.  For now, as he ponders his future, he’s also busy promoting his barbecue skills in a promotion with Kingsford, which during his time in New England saw him have players over his home over the years to enjoy his culinary skills.  However, as good as he is, he told the Was/hington Post that former teammate Tom Brady never tried his cooking.

“We kind of X’ed him out. He be on a certain diet,” Wilfork told the newspaper, referring to Brady’s strict diet.