5 years ago at 8:30 am ET
Follow @ralvarez617
Posted Under: Patriots Commentary 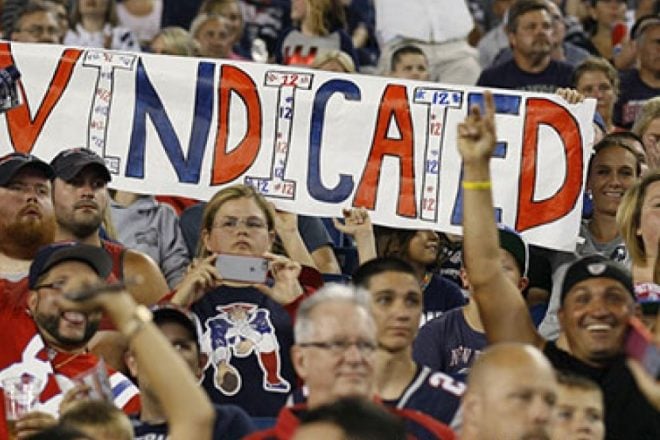 In Massachusetts, Patriots Day will always have a special place in the hearts of those from the region as a time to celebrate the athletic achievement of running the century old tradition Boston Marathon from Hopkinton to Bolyston Street.

This year, one runner of the event decided to blend together two sports in an effort to help inspire and motivate others with a funny sign that contained the third quarter score between the Patriots and Falcons when it seemed like a loss was all but certain for the Brady bunch.

Running for Catholic Charities, Garrett Quinn of Cambridge MA ended up having his sign go viral across social media for the day.

Congratulations to Garrett and the many other participants.

You can donate to his cause in a link provided HERE.

Not all heroes wear capes pic.twitter.com/iZdKxPIS44