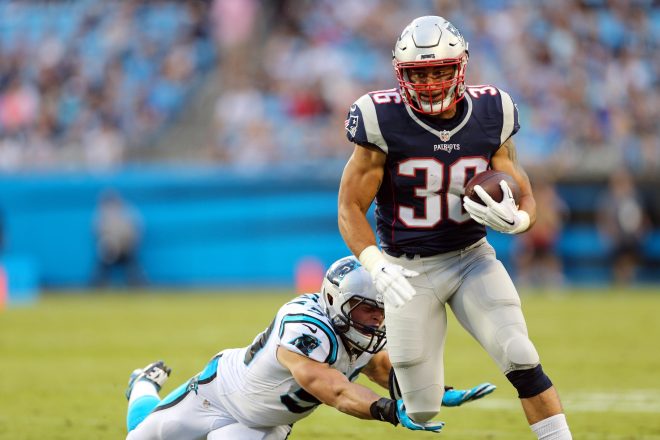 Tyler Gaffney showed a lot of promise during last year’s preseason but on Monday he became a player looking for a new football team.

The Patriots announced that they released the former sixth-round pick out of Carolina, with Gaffney once again having been let go by the club.  Gaffney shined in last year’s preseason game against New Orleans, carrying 9 times for 64-yards, including a 44-yard touchdown but was the odd man out during the team’s final cutdown in 2016 but was later signed to the practice squad on October 17th, 2016.

Gaffney worked hard and had his moments, but was simply never able to move his way up what became a talented and crowded depth chart in New England’s backfield. Monday’s decision to release him now simply gives him additional time to hopefully find a new landing spot.