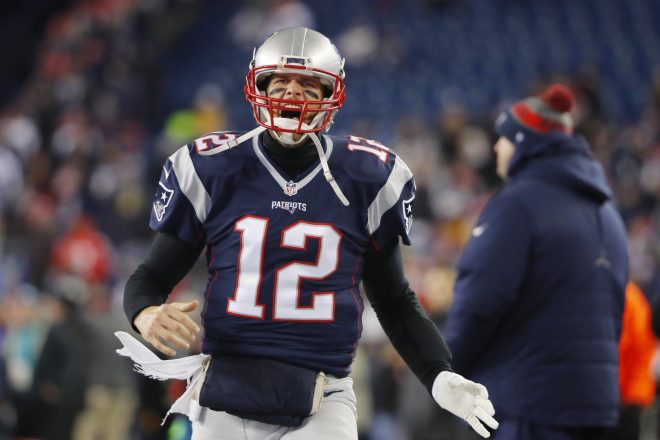 Guys on the couch who are hurt or have seen their teams be eliminated during the postseason tend to talk a lot on Twitter for some reason, and Seattle’s Earl Thomas felt the need to take some shots at Patriots quarterback Tom Brady during New England’s battle with Houston Saturday night.

Thomas seemed to be frustrated with the fact that Brady is on the verge of another Conference Championship appearance and potentially another trip to the Super Bowl, and the Seahawks safety believes it’s because of how easy Brady’s road apparently is to get there.

Tom Brady has the easiest route… put his ass in our division and see what he does!!! #salty!!

Thomas really can’t say much since the NFC West isn’t exactly the best division in football.  Seattle won their Division at 10-5 but from there, there wasn’t another team above .500.

To further hurt Thomas’ argument, as the Seattle Times points out, Brady all-time is actually 14-5 against the AFC West.

Meanwhile, in the AFC East, the Patriots battled against a Dolphins team that made playoffs at 10-6 who at one point was even in contention for the division before New England eventually pulled away and delivered the knockout in the final week of the season.

Needless to say, Thomas doesn’t know what he’s talking about and he can join his teammates next week watching Brady on television while the future Hall of Fame quarterback continues making yet another championship run.