6 years ago at 8:30 am ET
Follow @SteveB7SFG
Posted Under: Patriots Commentary 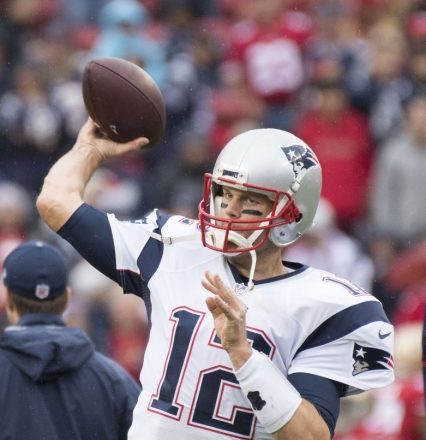 The New England Patriots will play their final game of the 2016 NFL regular season on the road against the Miami Dolphins on Sunday at 1 p.m.

The game will be broadcast by CBS and can be seen locally on WBZ with Ian Eagle and Dan Fouts handling the play-by-play and analysis duties. Evan Washburn will work the sidelines. The game will also be aired on the Patriots flagship radio station 98.5 The Sports Hub with Bob Socci and Scott Zolak on the call, produced by Marc Capello.

The Patriots (13-2) defeated the New York Jets on Christmas Eve in Foxboro 41-3. Tom Brady threw for three first half touchdowns and LeGarrette Blount rushed for two touchdowns giving him a league-leading 17 on the season. The defense forced four more turnovers.

The Dolphins (10-5) beat the Buffalo Bills 34-31 in overtime. Jay Ajayi rushed for 206 yards and a touchdown, his third 200-yard game of the season. QB Matt Moore filling in for the injured Ryan Tannehill threw for 233 yards and two touchdowns.

Series History:
The Patriots and Dolphins will be meeting for the 103rd time with Miami holding an all-time 53-49 edge. The Dolphins hold a big all-time edge in home games 36-15. The last three years have seen the series split along home lines with each team holding serve on their home field.

The Patriots jumped out to a big lead in Week 2 but then had to hold on for a 31-24 victory with Jimmy Garoppolo starting at QB before being injured and giving way to Jacoby Brissett.