Happy trails to CBS’ Vern Lundquist who called his last college football game on Saturday at the Army-Navy game. Lundquist has been calling games at CBS for the past 17 years and he and Gary Danielson made a very good team. He made some memorable calls in golf, college basketball and of course football. Perhaps the best was the Alabama – Auburn Iron Bowl of 2013 where Bama missed a 57-yard field goal as time ran out and Auburn’s Chris Davis returned it 100-yards for a game-winning touchdown.

With the first winter storm, due to hit the area on Sunday night/Monday morning, we hope everyone will stay safe driving as it may get a little dicey out there. In the meantime, put on the “Christmas with the Rat Pack” CD and get into the spirit of the season.

Lombardi also thinks the Bears may be in on the Garoppolo trade talks but believes it will be the Browns making a move.

Granted the 2017 QB class is thin, but Jimmy G. has thrown only 91 career passes. While he played well early this season, was a game and a half enough to judge whether this guy is your franchise QB?

Color me a bit skeptical here, at least when it comes to compensation. Many people are chalking up a first and second for Jimmy G. I don’t see the Browns giving up that, or close to that for Garoppolo. Remember the Browns passed on QBs in 2016 and traded down in this year’s draft. We’ll monitor this moving forward.

Van Noy, McClellin Playing Well In Roles Carved Out From Trades:
The Patriots defense has not lived up to expectation this season except on the scoreboard. The unit has been still searching for an identity and because of poor play it not only forced the benching for a time for Jabaal Sheard but in the trade of Jamie Collins to Cleveland. But in the past few weeks, a couple of players have stood out with the defense.

Both Kyle Van Noy and Shea McClellin have carved out roles with the defense and have played well in the three games since the loss to Seattle. Van Noy came over in a trade with Detroit along with a 7th round Patriots draft in 2017 for a 6th round pick. Consider that another midseason steal by Bill Belichick.

Van Noy was misused by the Lions as a strong-side run stuffer since being drafted in the 2nd round of the 2014 NFL Draft. The Patriots have used him in a couple of roles, as both in coverage where he’s been good and as a pass rusher where he’s brought pressure in 10 of 24 pass rush snaps (per NESN’s Doug Kyed).  He played as a three-down linebacker against the Rams. In three games he’s made 10 tackles, logged a sack and an interception.

McClellin signed as a free agent this season after having his role changed every year by the Chicago Bears. The Patriots have found his strength is as an early-down run stuffer. He can also blitz and picked up a sack last week.

The important thing to remember here is each is fulfilling a role. Neither was brought here to be a superstar. But in the Patriots defense, each player needs to do his job well. Both players are playing well and it will be intriguing to watch how they perform down the stretch and into the playoffs.

With Dont’a Hightower entrenched as the starter on the opposite side, Van Noy, and McClellin may just be a piece of the puzzle that the team needed after trading Collins to the Browns. While neither is close to athletic as Collins, their production could be key down the road.

Belichick Draws Up Navy Plays from 57 Years Ago…From Memory:
In one of the best videos of the week, CBS Sports’ Leslie Visser sat down with Bill Belichick and Navy halfback and Heisman Trophy winner Joe Bellino to talk about the Army – Navy game, Belichick’s dad Steve and that time in his life as a youngster watching some of the greats that went thru the Academy.

Visser asked Belichick if he could still draw up a “Joe Bellino” play from Navy. Belichick grabbed a dry erase board and quickly drew an exact diagram of the Xs and Os of Navy’s 27 F-trap from memory. Belichick even remembered how Bellino ran it, “into the seven hole, out and up.” Remember this was from 1959, over 57 years ago. 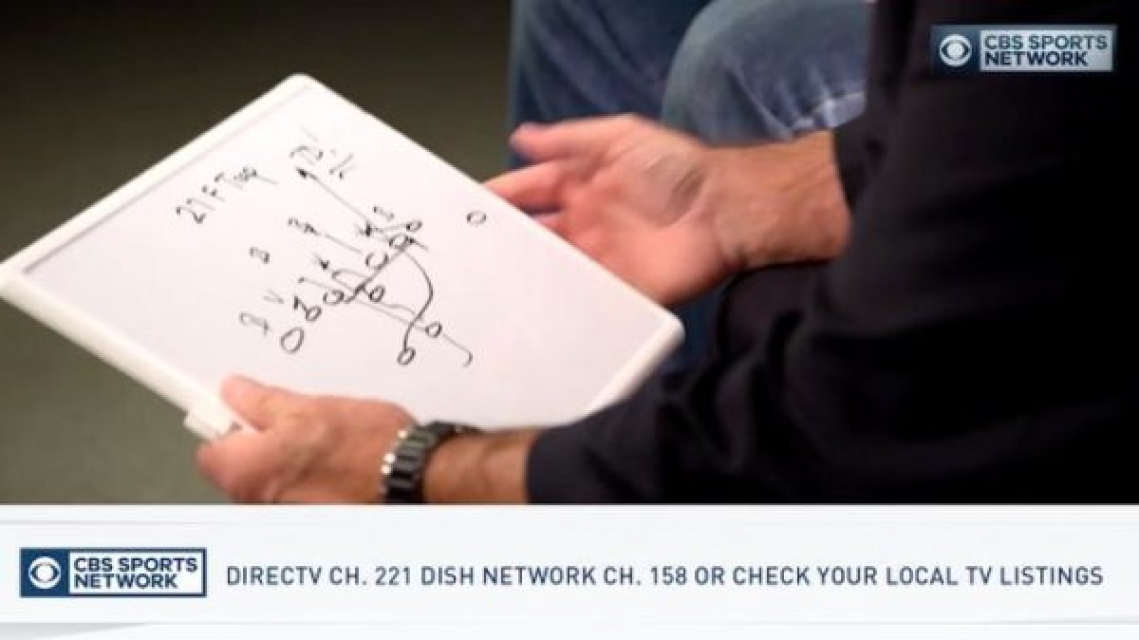 Bellino who hails from Winchester played for the Patriots during the 60s after his Navy commitment. But this was one of those moments that Belichick, talking about his unbelievable recall of the history of the game just blew away Visser and her audience.

The entire segment can be seen here:

Belichick Give Another History Lesson on the 75th Anniversary of Pearl Harbor:
Belichick has always given a great amount of respect for the military, stemming from his time at the Naval Academy during his formative years. On Wednesday, he spoke to the team about the significance and place into perspective of the events back on December 7, 1941, when the Japanese bombed Pearl Harbor.

Mike Reiss from ESPN captured some of the players’ reactions including Chris Long and Navy reservist and Pats long snapper Joe Cardona.

“These were all men about our age, in a time where everyone served,” Cardona said. You look back and say ‘Hey, that could have easily been me on that ship.’ Every single person on this team could look back and say ‘that could have been me on that ship.’ To look back and appreciate that a lot of service members sacrificed so much, to have that appreciation on this team, it means a lot to me. Just hearing the lessons of sacrifice in the past means a lot to the players.”

Belichick was asked the question by Alan Segel of ESPN radio and thanked him for broaching the topic and once again showed his love of history when talking about the events.

“It was a tough time for this country,” Belichick said. “But it was a great example of the patriotism of our citizens, fighting together, pulling together and being victorious in a lot of different ways.

“A special day, one we hope we don’t have to see again. A tough day for the Navy, though, but they responded. They bounced back. The Battle of Midway, that was really a huge turning point. Had that not gone the way it did, I don’t know. It could have been a longer fight.”

Harbaugh Still Salty Over Patriots “Deceptive Formation” in 2014:
John Harbaugh, in speaking with the New England media this week was still hot over what he characterized as the “illegal” and “deceptive” eligible/ineligible receiver play in the AFC Divisional Game after the 2014 season. Harbaugh still claims it was illegal, even though the Ravens ran a similar play in 2015.

When asked about the Ravens holding, en masse as they did against Cincinnati, he bristled. “The point about [the punt hold] is, it’s been talked about, it’s been looked at, it’s been something that’s been used for 20 years so it’s nothing new,” he said.

“Everybody knew about that so it didn’t create an unfair advantage for anybody,” Harbaugh added.

He further added that Tom Brady’s comment that the “Ravens read the rule book” was to him, offensive. “I was pissed off,” he said. “It was uncalled for. . . So yeah, that should never have been said.”

While that seems to be a sore spot still, don’t expect these sour grapes to turn into wine anytime soon. Depending on how things turn out tomorrow night, you can expect something to be said on the field about that.

Sunday’s game a big one for Tyrod Taylor:
The Buffalo Bills’ playoff hopes are still on life support, at 6-6 the Bills have to run the table and look for help elsewhere. And today they face a Steelers team that is in a fight for their own division so it won’t be easy. But the focus on QB Tyrod Taylor won’t be just on this game for a playoff spot. Taylor may be playing for his contract.

Taylor has come under criticism and rightfully so for his inconsistent play. Taylor, when the Bills running game is firing on all cylinders is an electrifying player who can make plays with his feet and throws a really nice deep ball.  When the running game falters, he hasn’t shown the ability to put the team on his back. And he’s due $27.5 million dollars at the beginning of the next league year in March. Will the Bills pick up his option? The jury seems to still be out.

Last week in Oakland was a microcosm of his brief Bills career. Early in the first quarter, the Bills were gashing the Raiders on the ground and Taylor was 8 of 9 for 102 yards. But after that, he went just 10 of 26 for 89 yards in the final three-quarters. He isn’t the same QB when forced to stay in the pocket and still is very inaccurate when forced to use the middle of the field.

On Wednesday, Taylor got testy with the line of questioning by the Bills media and stated, “I’m done talking.” Sunday’s game may not only mark the end of the Bills playoff hopes for 2016 but Taylor’s stay in Buffalo.

Miami Needs to Win Against Cards to Stay in Playoff Hunt:
The Miami Dolphins were riding high, winners of six in a row and playing well and had vaulted themselves into a playoff spot. Then they ran into a buzz saw of a Ravens team and now the Fins find themselves outside looking in. But with both Pittsburgh and Denver having tough games this week, the Dolphins can get right back into contention with a win over Arizona.

Miami coach Adam Gase thought it wasn’t lack of effort last week, but a team trying to do too much. Something that happens to young teams trying to learn how to win.

Jets Finally Giving Petty A Real Shot:
The New York Jets benched QB Ryan Fitzpatrick on Monday night and coach Todd Bowles said, this time it was permanent. They’ve handed the reins to young QB Bryce Petty. But the way they handled it seemed like it was the media who broke the news to Fitzpatrick who deserves better if that was the case.

Bowles says that they Jets will give Petty the final four starts of the lost 2016 season to show if he has the goods to be the Jets QB of the future. “The plan was for him to start the last four games anyway, so we just started a half early,” the coach said.

Petty will face the 49ers, Dolphins, Patriots, and Bills in the Jets final quarter of the season. So, in two weeks, the Pats defense will be facing Petty in just his fourth NFL start.