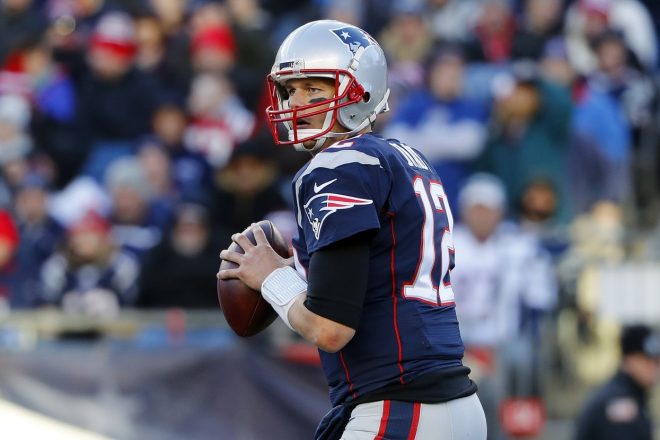 The New England Patriots finish up their brief two-game homestand by taking on the Baltimore Ravens on Monday Night Football. Kickoff is scheduled for 8:30 p.m.

This week’s game will be broadcast by ESPN and can be seen locally on WCVB -TV Channel 5 in Boston. Sean McDonough will handle play-by-play duties with Jon Gruden as the color analyst. Lisa Salters will work the sidelines. The game will also be aired on the Patriots flagship radio station 98.5 The SportsHub with Bob Socci and Scott Zolak on the call, produced by Marc Cappello.

The Patriots (10-2) beat the Rams 26-10 at Gillette Stadium. Tom Brady became the winningest QB in NFL history with his 201st win. The Patriots win also marked the 14th straight season that the Pats have won 10+ games.

The Ravens (7-5) blew out the Miami Dolphins 38-6 which snapped Miami’s six-game winning streak. Joe Flacco threw for 386 yards and four touchdowns and the defense shut down the Dolphins offense.

Series History:
The Patriots and Ravens are meeting for the 13th time since 1996 when the Browns moved to Baltimore. The two teams have met eight times in the regular season with the Patriots holding a 7-1 advantage. The teams have met four times in the playoffs with all four in Foxboro with the teams splitting those contests with 2 wins each.

The Pats won the last contest which was the Divisional Playoff Game of 2014. The Patriots overcame two 14-point deficits to win 35-31. That was the game of the now famous double pass from Tom Brady to Julian Edelman to Danny Amendola