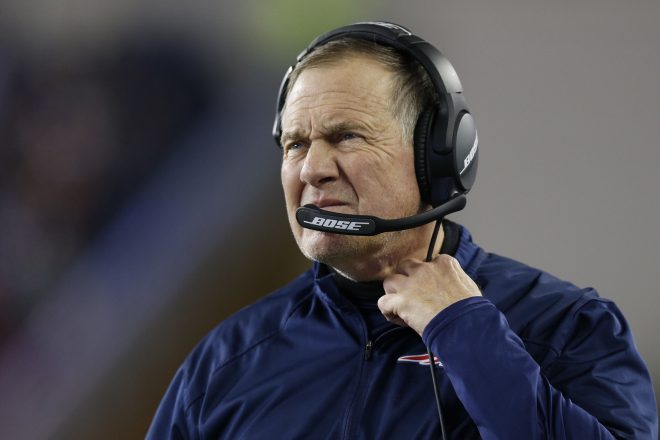 Roethlisberger: Cowboys, not Patriots, NFL’s best – Ben Roethlisberger might have been geeked out enough to ask Tom Brady for his jersey when the two teams met back on October 23rd, but it sounds like he doesn’t think the Patriots are the best team his team has faced this season.

Coming off their loss to the Cowboys on Sunday, the veteran quarterback spoke to CBS Sports affiliate 92.3 the Fan in Pittsburgh on Tuesday and said that Dallas, not New England, is the best team in the NFL right now.

“If one little piece of the puzzle is out of place, the whole picture is messed up or the whole picture can be,” Roethlisberger said via CBSSports.com. “When you’re playing the best team in the NFL, which we played last Sunday, you can’t afford to miss those little details. It definitely was a tough loss. I’ve never experienced an up and down that dramatic at the end of a football game.”

The Cowboys improved to 8-1 with the victory, giving them the best record in the NFL ahead of the 7-2 Patriots.  New England previously handed the Steelers a 27-16 defeat, with Roethlisberger having to sit on the sideline and watch Brady and company go out and march up and down the field as Brady threw two touchdowns and LeGarrette Blount rushed for two more.

But for now, he’s more convinced that Dak Prescott and his club are the NFL’s best and that the Patriots aren’t quite yet at that level.  Unfortunately for Roethlisberger if the season ended today, with the Steelers at 4-5, he wouldn’t be part of the journey that will ultimately determine whether or not he’s right.

He seemed to enjoy sitting back and watching Brady a few weeks ago.  Hopefully he’ll enjoy watching him on television in January after his season is over.

Patriots Way Behind Turnover Pace – One of the biggest reasons the Patriots fell to Seattle Sunday night was the fact the Seahawks forced two key turnovers in that game while New England failed to take it away, and that highlights a problem that has plagued them all year.

Mike Reiss of ESPN took a look at how this year’s club has fared and pointed out that New England’s total of 7 defensive takeaways through 10 weeks is their lowest over the last decade.  They’re on pace right now for 13 at the rate their going, which is unusual for a team that prides itself on creating them.

They finished last season tied for fifth in the NFL in turnover differential with +7 and were tied for second with a +12 in 2014.  So far through ten weeks, they’re tied for 13th with a +1.

As Belichick likes to say, that’s not what they’re likely looking for and he admitted after the loss it’s something that needs to change.

“It’s something we need to do a better job of,” Belichick said. “It’s not the way we want to be. That’s not a good formula.”

And it’s one that they’ll need to figure out heading into the final seven games of the season. 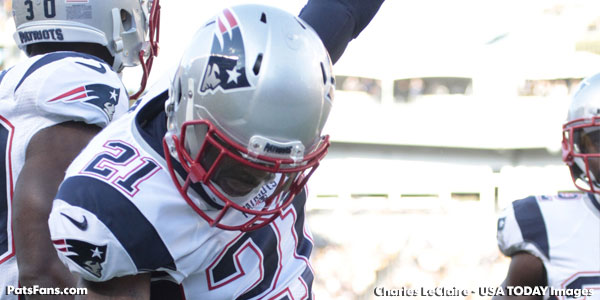 Malcolm Butler and the defense need to start creating turnovers.

Augmented Reality Headed to Gillette Stadium? – The Patriots are known for being ahead of the rest of the league when it comes to technology, and their latest plans could potentially change the entire experience for fans who watch the games at Gillette Stadium.

According to SI.com, following significant WiFi upgrades to the venue, the club has plans for adding augmented reality to the in-game experience, which will likely be just the start of such technology making its way into the mainstream of spectator sports.

Team president Jonathan Kraft spoke during the team’s Mobility Summit in late September and suggested that examples of its use could feature being able to see the first-down marker across the field either with the use of glasses or through the screen of a cell phone, or to see information “bubbles” above players that would include their name and relevant information.

With the home experience being tough to beat with the clarity of HDTV and the convenience of being able to access multiple channels and manage fantasy teams, along with the high cost of going to the stadium, concessions, parking, etc., the Patriots seem to be the ones trying to raise the bar to try and make it more worthwhile to be there on game day.

Being ahead of the curve has always been an edge the Patriots have been able to set, and now it looks like they’re pioneering making the stadium experience one that’s difficult to replicate.  After all, if you can be sitting in the stands watching Brady throw a touchdown right in front of you and being able to watch his touchdown total appear right near him after he hits Rob Gronkowski for the score, that’s pretty amazing.

VP of content, Fred Kirsch, said that they’re going to continue to try and make the experience unique, with the goal of meeting the demands of their fans.

49ers Coaches Embracing This Battle – Former Eagles coach Chip Kelly is looking forward to leading his new team against his good friend, Bill Belichick, and it’s games like these that sometimes helps get bad teams to find another gear.

Under Kelly, the Eagles did just that in their meeting in Foxboro last season, erasing a 14-0 New England lead while outscoring the Patriots 35-14 from that point on en-route to a stunning 35-28 defeat which, after Sunday night’s loss to Seattle, coincidentally marks their previous home loss against an NFC team.

Now with the 49ers, despite their 1-8 start, Kelly’s team showed signs of life last weekend.  They’re coming off of a disappointing 23-20 loss to the Cardinals that saw them tie the score at 20-20 coming off the two minute warning, but unfortunately they left too much time on the clock as Carson Palmer led Arizona down the field for an eventual 34-yard field goal to beat them.

It was a tough loss, but they never gave up.  With New England now on deck,  Kelly expects his guys to be up for this one.

“It’s an entirely different situation, but we’ve played them before, and I understand the challenge of it,” Kelly said. “I think if you’re a competitor you get excited about playing in games like this. You don’t think of it as, ‘Oh my God, we don’t have any hope.’ You get a chance to play against Tom Brady and Bill Belichick. If that doesn’t get your blood boiling, then you’re in the wrong sport.”

The two teams will meet this Sunday at 4:25pm ET.