6 years ago at 8:00 am ET
Follow @ralvarez617
Posted Under: Patriots Commentary 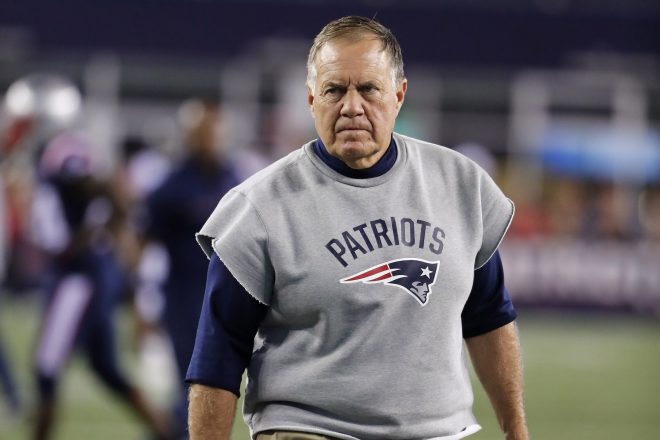 Heading into Week 3 against the Houston Texans, the New England Patriots found themselves in new territory for the second time this season, rookie and third string Jacoby Brissett named the starting quarterback following a shoulder injury to Jimmy Garoppolo.

For the first time in two seasons, the Patriots were underdogs at home.

As every Bill Belichick coached team, the Patriots took the underdog role as motivation fuel.

Still doubting us, it's like they never learn. Ready to rep the #Patriots Red, White and Blue tonight in, primetime @TideNFL#Ourcolors pic.twitter.com/XUISb3KNC7

Thursday Night Football is Color Rush night, as the Patriots debuted new uniforms for the first time since 2003.

Before the game, The Patriots welcomed back former tackle Vince Wilfork and honored him with a video tribute.

Wilfork wasn’t the only former Patriot on the Texans sideline.

The Patriots reunion is real tonight:

With the game underway, Jacoby Brissett wasted no time helping get the Patriots an early 10 point lead with an incredible 27 yard run for his first career NFL touchdown.

Brissett would finish 11/19 for 103 yards passing, while not eye popping numbers, his teammate, running back LeGarrette Blount took control the rest of game for the Patriots offense on the ground.

With 2 rushing touchdowns, and 105 yards. Blount helped the underdog Patriots turn the game into a rout.

Get you a man that loves you as much as LeGarrette Blount loves the minutemen pic.twitter.com/BOhl5AEj0P

27 unanswered points for the Patriots as the defense bounced back from a rough 4th quarter against Miami last week to earn their first shutout victory since December 2012.

By the way, Jamie Collins has 13 tackles tonight

The Patriots would move on to 3-0 on the season without Tom Brady, stunning the Texans and their Twitter account.

Don't forget to go get your 87 cent coffee from @DunkinDonuts today. Get two or three of them. Hahahaha

Brissett: Coach, sprinkles if we win?

Last but not least, finish the week with the latest edition of the TB Times.