5 years ago at 9:50 am ET
Follow @LeeSchechter
Posted Under: Patriots Commentary 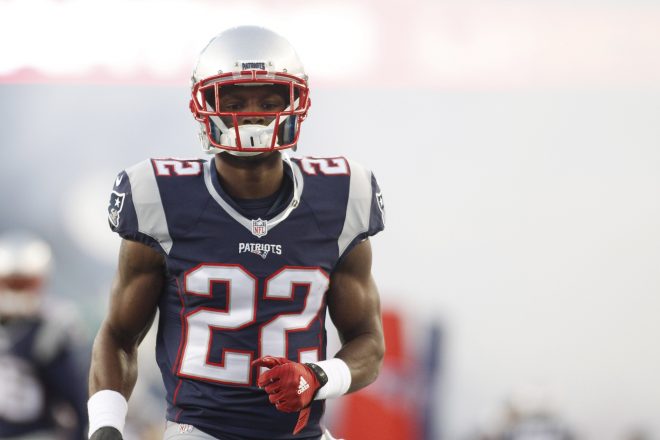 The Patriots have one of their deepest 90-man rosters in recent history and the carefully constructed cornerback group is impressing, too.

There is no question that Malcolm Butler and Logan Ryan will be the top-two coverage players this season. Though, after Butler and Ryan the water becomes a bit murkier as the No. 3 spot is totally up for grabs.

Going into the game against the Saints, Justin Coleman looked like the No. 3 corner with his experience from last season and his skill set. But, the biggest takeaway from the win against the Saints is that the rest of the cornerbacks can hold their own and then some.

Second-round pick Cyrus Jones had a nice pass-breakup early in the game. He showed strong energy in his first NFL game and the speed and mentality to compete on every down.

Diving deeper down the chart into the roster battles, undrafted rookie Jonathan Jones looked the part. Jones had two excellent pass-breakups with one in the end zone. He consistently showed he has a nose for the football. His reactions were fluid and instinctive as Jones found a way to locate the football on each ball thrown his way. Most notably, Jones displayed excellent body control to adjust to the trajectory of the football and deny a touchdown with his pass deflection in the end zone.

Jones did seem a little banged up after one play late in the third quarter, but he remained in the game. Though, he was moving slow. His injury status is something to watch as he is definitely trending up in the Patriots’ secondary. Jones has earned those extra reps.

The Patriots hand-picked their extremely deep group of cornerbacks all the way down to the undrafted rookies. And an undrafted rookie made a highlight-reel interception in the end zone.

Cre’von LeBlanc, who already gets some props for having one of the coolest names on the team, turned some heads with his interception.

With one arm being held by the wide receiver and his body turned around, LeBlanc snagged a one-handed pick to stop a Saints’ score. LeBlanc’s body control was very impressive, just like Jones’ was all night. LeBlanc’s pick was another key moment that showed the incredible depth the Patriots have at CB.

It’s not exactly a surprise that the Patriots’ cornerbacks are playing well. This is a deep squad with real NFL talent from top to bottom. These aren’t the everyday practice-squad cornerbacks at the bottom of the depth chart. LeBlanc made some serious plays.

Throughout the week, Saints Head Coach Sean Payton praised the Patriots’ cornerback for being more physical than the Saints and disrupting their wide receivers. The Patriots followed up on their strong joint practices with a great performance in their first preseason game.

The commonality for the Patriots’ cornerbacks is that they are all physical at the line of scrimmage. They are very disruptive and knock receivers out of their rhythm right off the snap. But, the CBs are also naturally instinctive at locating and making plays on the football. Those skills are highly touted in the NFL and will heat up the competition.

Jonathan Jones and Cre’Von LeBlanc stole the show in the first preseason game. But, there is going to be a lot of jockeying for positioning on the CB depth chart this preseason.

By: Mark Morse
The bottom line is the Patriots will have to play their “A” game on defense as they did against Tom Brady and Tampa Bay.
3 days ago

By: Robert Alvarez
Kyle Van Noy releases a new episode of "Elite Eatz" over his YouTube channel featuring Matthew Judon at a BBQ spot in Boston.
4 days ago

Patriots-Cowboys Week 6 Key Matchups, Who Has the Razor’s Edge?

By: Steve Balestrieri
The last time the teams met, the Patriots varied up their looks and did a good job on Elliot and Pollard, they’ll need an even…
4 days ago

VIDEO: Mic’d Up Sights and Sounds From The Patriots Week 5 Win