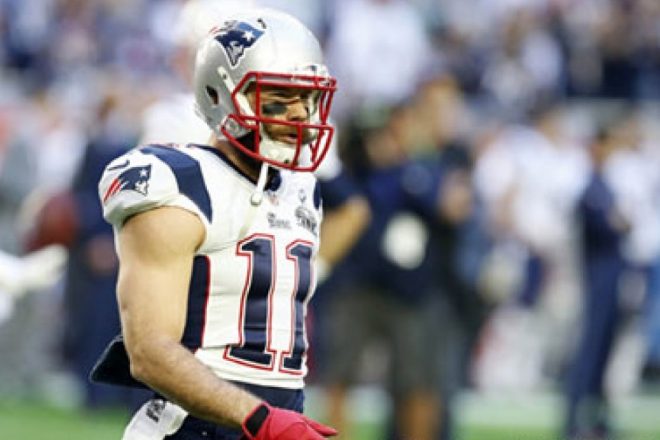 The Patriots already know how tough it is for their offense without receiver Julian Edelman, and Tuesday should have everyone in New England breathing a sigh of relief.

The veteran receiver left Tuesday’s joint practice session against the Saints after seemingly reaggravating his foot injury during 1-on-1 drills.  Edelman was seen throwing his helmet down before heading to a cart with a trainer, which was tough to watch given how important he is to the offense.

But there was some good news, with Mike Garafolo of NFL Media reporting that tests revealed that the receiver didn’t suffer any potential significant injury, which is obviously great to hear given the fact the Patriots are already without their top passer with Tom Brady sidelined to begin 2016.

Edelman started off strong through Week 10 of 2016 before his injury, catching 61 passes for 69 -yards and 7-touchdowns, including 7 touchdowns, with the latter stat still good for second on the team to Rob Gronkowski’s 11.

The veteran lead all Patriots receivers in receptions during the postseason, catching 17 passes for 153 yards as he gutted out two tough games.  Edelman was in obvious pain by the end of the loss to Denver and ultimately needed offseason surgery again on his foot.  Fortunately there doesn’t seem to be much to be concerned about, which is welcome news for those helping to see #11 on the field to begin the 2016 season.