7 years ago at 5:59 am ET
Follow @SteveB7SFG
Posted Under: Patriots Commentary 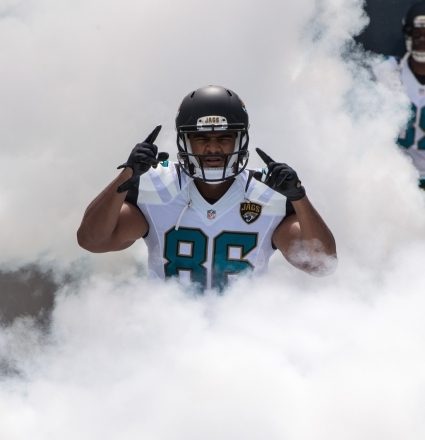 The Patriots OTAs are on-going this week and the media will get their first glimpse at the team doing football type activities on Thursday. Granted none of the players will be wearing pads but it is a start. One player that will be kind of under the radar but should be watched closely is tight end Clay Harbor.

With Rob Gronkowski and Martellus Bennett on the roster for 2016, they’ll be getting a ton of attention both from the media and opposing defensive coaches. Both are big, fast, athletic, and are able to play inline, block in the running game and stretch the field by attacking the seams. Many see the Patriots using a “12” personnel package this season with 1 RB, 2 WRs, and 2 TEs.

Harbor is a different kind of player and is more of a move tight end at 6’3, 250 pounds that Josh McDaniels can use flexed outside, as an H-back or even in a fullback mode. In certain third and short scenarios, play-action passes from Tom Brady will be much more effective if they decide to utilize a 13 personnel package (1RB,1 WR, 3TE). 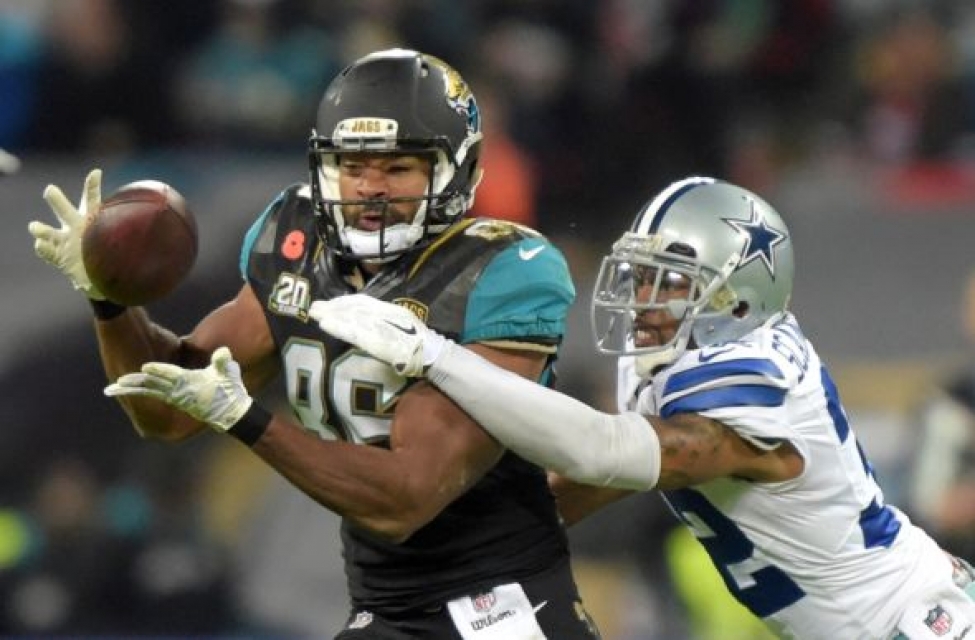 Prior to the Week 3 Jacksonville Jaguars game last year, Bill Belichick practically raved about Harbor and the versatility that he brings to the table.

“I’d say that Harbor is kind of similar to (Raiders’ Marcel) Reece,” Belichick said. “He’s a fullback, tight end kind of guy, sort of lines up in a lot of different places. They use him in motion, change formations with him a bit.. Harbor is a good receiver.”

Caught in a numbers crunch with Marcedes Lewis and Julius Thomas in 2015 at Jacksonville, Harbor saw his numbers plummet from 50 receptions in 2014 to just 14 last season. In fact, with Bennett and Gronkowski providing Brady with a true Twin Towers type of scenario this season, Harbor probably won’t put up prolific numbers.

But Bennett is undoubtedly a one-year rental and being a free agent in 2017 could easily be playing elsewhere next season. Having Harbor in the mix gives him a chance to carve out a role that will come into prominence next season. It is a Bill Belichick-type move to be already looking to the scenario of Bennett’s leaving. Harbor can still contribute, especially if either Gronk or Bennett miss time with an injury but his main value could be looked to in the future.

The Patriots enter OTAs with plenty of depth at tight end with Gronk, Bennett, Harbor, Michael Williams, A.J. Derby, Bryce Williams, and Steven Scheu. Michael Williams’ is more of a blocker only at 6’6, 300 pounds and spent some time as a tackle. Derby, a converted QB was a 6th round draft pick a year ago before spending the year on injured reserve. He, like Harbor, will be looking to carve out a role as a “move” or off-line tight end. Scheu and Bryce Williams were signed as UDFAs this spring.

Depending on how things play out this spring and into the summer at training camp, the team could decide to keep four tight ends on the roster. But the addition of Bennett, who is an excellent blocker, makes Michael Williams spot more tenuous. Also, with the healthy return of fullback James Develin, he adds another run blocker and someone who was missed in 2015.

The tight end position will definitely be one to watch this spring and summer with Gronk and Bennett headlining the show. But watching how everything unfolds behind them could have a big influence on 2017. Harbor should be a big part of that.

Just another subplot to keep an eye on in training camp for the fans this summer.