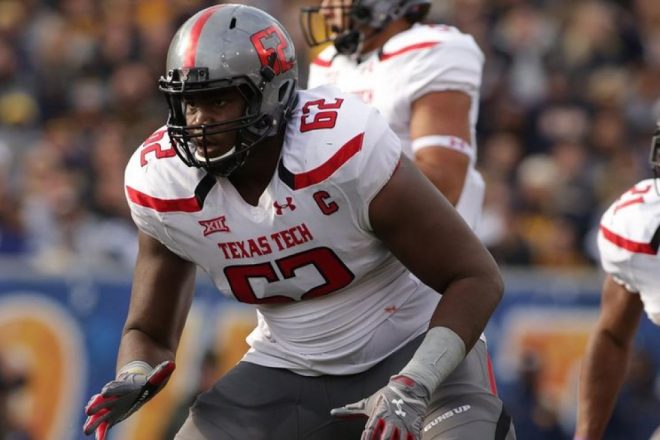 The Patriots suffered a ton of injuries in 2015 and none of them were felt as badly as in the offensive line. There was a never-ending carousel of players in and out of the Patriots OL that eventually took its toll in the second half of the season and down the stretch. The Patriots used 37 different OL combinations last year and the QB, Tom Brady was the guy who paid the price as he was hit more than he has been in any year in his career.

It got ridiculous down the stretch as the Patriots have used five left tackles, five left guards, two centers, seven right guards and five right tackles. Two things happened, their strength and conditioning coach and the offensive line coach’s contracts were not renewed. Solder and Vollmer are back but the team can use an influx of youth at the tackle position, preferably a young man that can come in and vie for snaps if not immediately, by year two in 2017.

Le’Raven Clark from Texas Tech is a player that would not only fit into the Patriots system but would push for reps at right tackle immediately. Clark was a three-year starter for the Red Raiders after moving over from guard and made 51 consecutive starts. He was an All Big-12 Selection for the past three years.

Possessing the size needed to play tackle in the NFL at 6’5, 316-pounds; he also has the agility to slide outside to protect the quarterback in a pass-first scheme. Texas Tech liked to air it out and the Patriots are very much the same. But he also has the versatility and strength to move inside at guard if needed and be a mauler in the running game.

Clark is athletic with a 30-inch vertical jump with a 9.1-foot broad jump to go along with outstanding foot speed and athleticism to get to the edge in the running game. 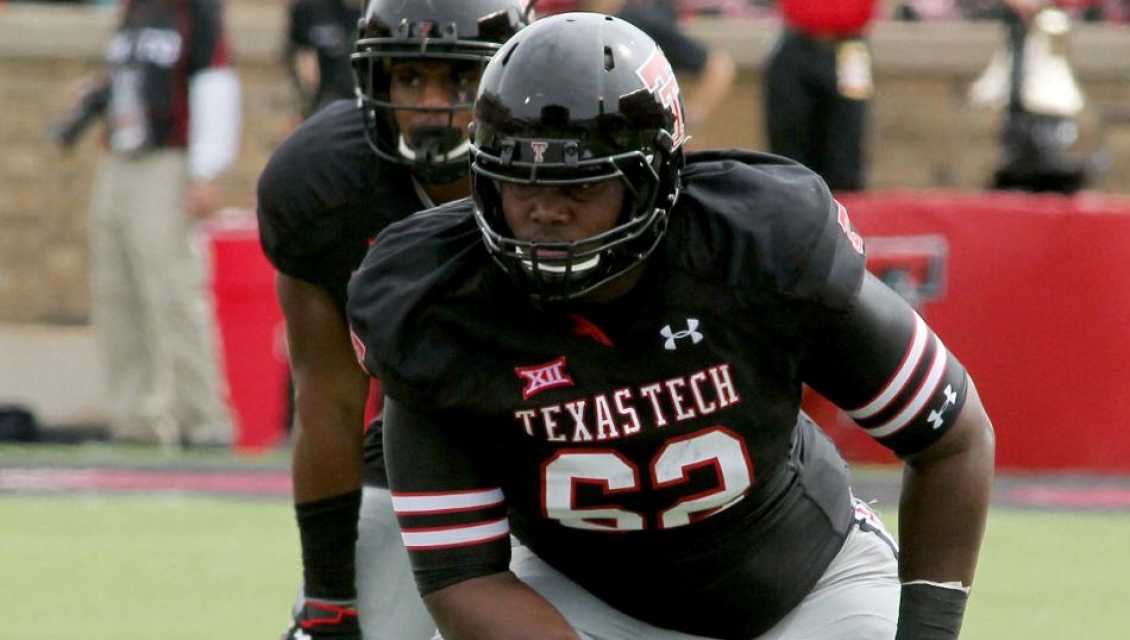 – Elite level footwork and quickness, can react to speed rushers on the edge

– Exceptional length enables him to disrupt and seal inside moves

– Very good agility and quickness in the running game

– His strength and thickness allow him to anchor against bull rushers

– Technique needs some refining with hand and footwork

– Must adapt to the NFL Pro-style offense

– Needs to keep his pad level down in pass protection

What his Role Will Be:
His role will be competing for the swing tackle offensive line role in training camp but there is no reason that he can’t and won’t compete for starting reps at right tackle in 2016.

Will his Role Change from Year 1-2?
Yes, with a little technique work and adaption to the pro-style offense, he should be the starting right tackle in 2017. It isn’t out of the realm of possibility to Clark to move to LT in the foreseeable future.

What Current Player on the Roster Will He Replace?
His roster slot will be in direct competition with reserve offensive linemen Cameron Fleming and Marcus Cannon.

Conclusion:
Clark is the right tackle of the near future, possibly even the left if the Patriots can land him in the draft. He comes from a military family, something that always resonates well with Bill Belichick. He has elite, size, length and quickness as well as being a very smart player.

His transition to a pro-style offense may take a bit of time getting used to but once he adapts, he should become a dominant tackle in the NFL. Not a serviceable one, not a good one….a dominant one.

This kid needs only to put in the time and effort and if he’s selected by New England, he’ll have Dante Scarnecchia to push him to his fullest potential. Guys with his size, smarts and athleticism won’t last long in the NFL Draft.  He’s an outstanding protector in the passing game and one has to only remember how bad the Patriots struggled down the stretch and in the playoffs to see how seamless a fit he’d be with New England.

He has the versatility and experience at playing guard as well, something that always resonates well with the coaching staff.

He projects in the Patriots system to be a Starter. He should fit in very well into the NE offense. He’s slotted to go early in the 2nd round, if the Patriots find themselves in the position, they’d be well-served by sliding up in the round and taking Clark.