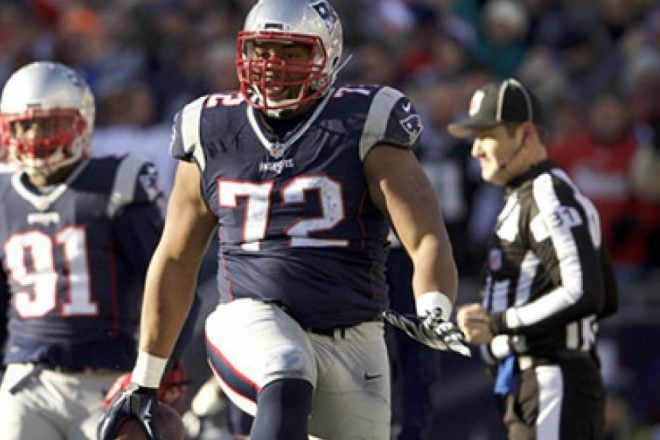 TODAY’S TOPIC: What We Know So Far As the Tampering Window Opens:

It’s only the beginning of March, but from what we’ve seen so far head coach Bill Belichick and the Patriots front office have already been prepping for the changes they’ll be making heading into next season.

There have already been some early dominoes beginning to fall and while we don’t know quite yet who will be coming to Foxboro this offseason, we’ve already seen a few who won’t be back in 2016.  With the legal tampering window set to open and free agency beginning this week, here’s a quick rundown by position of what we know so far:

Quarterback – The team recently extended Tom Brady for two years, taking him into 2019 and setting up scenarios that could involve trading Jimmy Garoppolo.  The only problem with that theory is the fact that Brady’s situation with the NFL remains uncertain, so it would be a surprise to see a move made there until that is finally put to bed.

Running back – LeGarrette Blount is expected to remain a Patriot, and the news has been encouraging on Dion Lewis in terms of his recovery from his knee injury.  Also hopefully returning will be fullback James Develin, who was lost to injury in 2015.  From there, the name Matt Forte has been mentioned quite a bit as a free agent possibility, and it wouldn’t be a surprise if the team targets someone in the draft.  Granted players like Brandon Bolden and James White are still here and players such as Tyler Gaffney could emerge, but this will most likely be an area to watch this offseason.

Offensive Line – The return of coach Dante Scarnecchia is expected to bring this group back into shape this season, which will hopefully see the return of left tackle Nate Solder, who was lost for the year with an injury.  It’s safe to say Solder was probably one of the most significant hits for the Patriots as it’s tough to have two starting-caliber players at that spot protecting Brady’s blind side, so having him back in the fold should give a lift to what was an otherwise beaten and depleted offensive line in 2015.  The team has already reportedly tendered Cameron Fleming and bringing back Ryan Wendell would be another good move, while Shaq Mason and Tre’ Jackson are two young players who should make an impact.  But they still need some help this offseason and coupled with Scarnecchia’s relentless coaching, hopefully this group will be more talented and driven in 2016.

Wide Receiver & Tight End – This group will be different next year, with Julian Edelman and Rob Gronkowski as the lone incumbents to give them any expected production.  If Danny Amendola takes another pay cut he’ll likely be back, but the release of Brandon LaFell and Scott Chandler are two clear indications that changes are coming.  Receiver Brandon Gibson isn’t expected to be brought back, leaving them with just Chris Harper, Keshawn Martin, and Aaron Dobson as the remaining players left at the receiver position.  Of this trio, Martin was the one player who showed any potential, but it’s clear tight end and receiver will once again likely be a focus this offseason.

Defensive Line – The most recent reports have Sealver Siliga out of the mix, and we’ll find out shortly if the Patriots have Akiem Hicks in their future plans.  Malcom Brown, Jabaal Sheard, and Alan Branch were three bright spots this season, with New England finishing strong up front and were nearly just as dominant against Denver in the AFC Championship Game.  Dominique Easley could be another big piece in 2016 depending on his health, and both Trey Flowers and Geneo Grissom are two other players who showed some potential in 2015.  But from there, the team needs to take a strong look at adding another edge rusher to give Rob Ninkovich some help.  Chandler Jones is heading into the final year of his deal and watching the Broncos likely left Bill Belichick with a little bit of envy after seeing Von Miller’s performance, which will hopefully see them continue to build this group.  The idea of trading Jones has been thrown around, but moving him obviously can’t happen without an adequate replacement.  Expect this position to be an interesting area to watch this offseason.

Linebacker – The Patriots have one of the more talented groups in the league, with both Jamie Collins and Dont’a Hightower as two key components in New England’s defense and two who should be on the radar for extensions this offseason.   Out are Jerod Mayo and Darius Fleming, with Mayo retiring and Fleming recently being informed of his release.  Jonathan Freeny played well and gave them great depth, having earned a one-year extension and Jon Bostic joins him and is in a contract year.  But after seeing both Collins and Hightower miss time, it’s obvious the Patriots need help here from a depth standpoint..

Defensive Back and Safety – Malcolm Butler obviously is the anchor at cornerback, much like safety Devin McCourty at his position.  From there Patrick Chung, Logan Ryan and Duron Harmon are the other reliable names in the secondary.  So far, out are Leonard Johnson with Tavon Wilson as another player who may not be back next year as he gets ready to test free agency.  Jordan Richards and Justin Coleman each had some good moments and showed some potential and overall this group wasn’t a problem last season.  If they can add a couple of key pieces this offseason, it will be interesting to see just how much better they can be after a terrific 2015.

As we sit here now on March 7th, the start of the legal tampering window, the road ahead will be another long one as we await to see what changes will be made by the time this group takes the field in July.  But clearly the team has a plan in mind and the wheels are already in motion to hopefully put them back in the Championship mix next season.

1) Patriots’ Nate Solder optimistic about recovery, return of Dante Scarnecchia – Mike Reiss (ESPN Boston) – Reiss has some good info on Solder along with some other terrific tidbits in his weekly column if you missed it yesterday.

2) Patriots have many plug ‘n’ play options – Karen Guregian (Boston Herald) – Guregian notes that some of New England’s best additions weren’t made in March, they were made in August and September.

3) Breaking down the Patriots’ free agent needs and deeds – Jeff Howe (Boston Herald) – With the NFL’s legal tampering window set to open Guregian looks at the Patriots’ entire group of free agents, as well as some free agents who could fill the team’s three greatest needs.

4) Patriots: Core of special-teams unit set up for long-term success – Mark Daniels (Providence Journal) – Daniels analyzes the Patriots’ special teams group that featured one of the more mistake-prone groups we’ve seen in a while.

5) Taking Stock of the Patriots Heading into Free Agency – Christopher Price (WEEI.com) – Price had a great entry in his Sunday notes – if you missed them – and writes that the “cap-related” moves the Patriots have made to this point in the offseason have all been done with an eye toward getting next year’s free agents in the mix with extensions sooner rather than later.

– Joseph Randle arrested in Kansas for failure to appear – ESPN

“I can honestly say that I never ‘enjoyed’ our meetings, but the respect I have for Peyton Manning as a competitor was, and will likely remain, second to none.” – Bill Belichick on Peyton Manning via ESPN’s Field Yates.

READ NEXT:
Free Agent Safety Eric Weddle on Coming to New England “It Would be Funny if I Ended up There”
Posted Under: Uncategorized