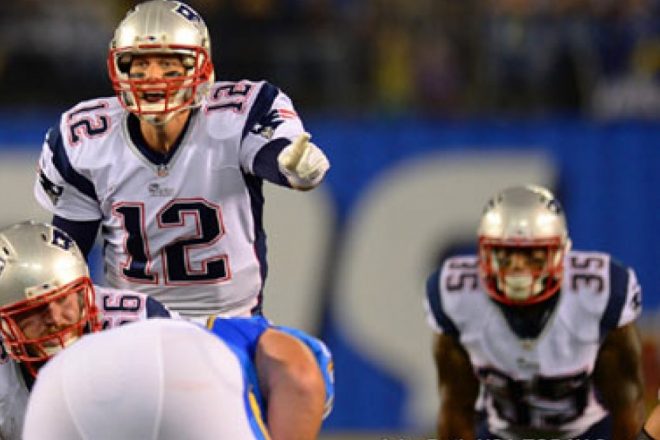 The New England Patriots host the Kansas City Chiefs Saturday afternoon at Gillette Stadium. Here’s some pregame thoughts, three keys to the game and a prediction for the upcoming contest. —

– The Patriots return from their bye week in the wildcard round to host the red-hot Chiefs in the divisional round. After starting the year 10-0, New England won just two of their final six games.

On the flip side, Kansas City has now won 11 games in a row. No team since the 2007 Patriots has won so many games consecutively heading into the post-season. Clearly the Chiefs have found their formula for winning and they roll into town after destroying the Houston Texans 30-0 last week.

– The Patriots enter this game with a ton of questions. In fact, there may be more unknowns around the team than we’ve seen in a long time. How will key injured players look on Saturday? The Chandler Jones situation. Can New England return to form or will we see the same uncharacteristic performances of the last two months? Saturday’s contest will provide the answers.

Win in the Trenches: This is where the game will be won or lost for both teams.

Can New England’s offensive line get it together and keep Tom Brady upright? The Chiefs have a terrific pass rush with Tamba Hali, Justin Houston, Dee Ford rotating on the outside and Dontari Poe providing some interior pressure. It’s a tall order for any opposing line.

Defensively the Patriots have the challenge of containing Chiefs QB Alex Smith in the pocket, but also pressuring him. New England cannot lose containment on Smith, who’s rushed for 498 yards this season and picked up 17 third down conversions with his legs.

Get an Early Lead: This is not a Kansas City team that’s built to come from behind. They want to dictate the tempo, run a balanced offense and let the defense pin their ears back to attack.

By forcing the Chiefs to play a different style, you take them out of their comfort zone. They’re not able to stick with the run and could be forced to push the ball through the air downfield more than they’re accustomed to.

Also, New England could use a bit of a confidence boost. It’s been awhile since this team has faced as much uncertainty as we’ve seen this week going into a playoff game.   A quick start could give the Patriots a big advantage early on.

Execute Short Passing Game: With Julian Edelman returning, he should provide a must-needed spark for a New England offense that has struggled to move the chains in his absence. His effectiveness Saturday will be a huge factor.

Edelman, Danny Amendola and James White will likely be used to keep drives alive with crossing routes and gaining yards after the catch.

In order to alleviate some of the pressure by Kansas City, Brady will need to get the ball out of his hands quickly.

Heading into this game it would have been foolish to take the Chiefs lightly. Given the weird circumstances around New England this week, it would be even more egregious to do it now.

All that aside, New England should win this game if they come out and execute. The big question is, what team will show up on Saturday? Will the Patriots be healthy and locked in or will they continue the same play of the last six weeks?

This contest will likely be a dogfight. Both teams don’t turn the ball over, so mistakes could be even more magnified. Despite the adversity facing the Patriots, it’s hard to go against the defending champions at home. Look for them to make enough big plays in order to move on to the next round.