6 years ago at 11:31 am ET
Follow @IanLogue
Posted Under: Patriots Commentary 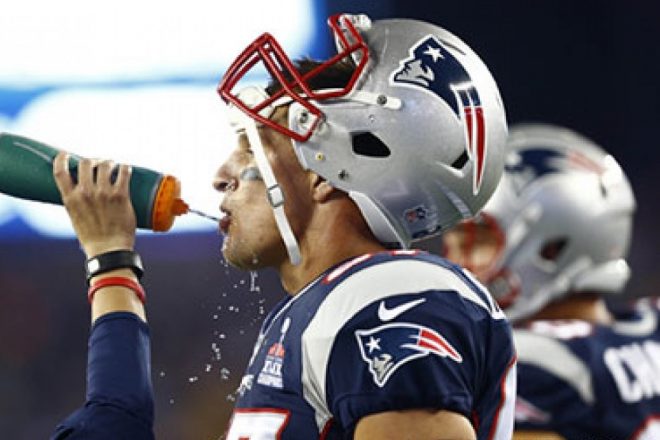 Patriots tight end Rob Gronkowski has been no stranger to penalties this season, have been called again for offensive pass interference on Sunday night out in Denver, with the call negating a crucial 3rd down play late in the game during what ended up being New England’s first loss of 2015.

There have been many people wondering if the league is targeting Gronkowski for that penalty given the fact he’s had five accepted penalties for them this season, which as Christopher Price of WEEI.com pointed out, is more than 30 other teams.

98.5 The Sports Hub Tweeted out this morning a link to an article insinuating that Gronkowski is being unfairly targeted by officials, and the tight end spoke out with a short “Agree” when he replied to their Tweet:

Mike Reiss of ESPN Boston did a film review and he also gave reason to believe there might be some unfairness to many of those calls as well.

Scott Zolak of 98.5 said after Sunday night’s broadcast on Twitter that he’s heard whispers that Gronk is being watched for that call and is being “singled out” by the league.

Talked to others close to it that 87 has been singled out by league to target him on consistent basis for more push offs on him. Singled out

After seeing Gronkowski’s response, the veteran tight end is clearly frustrated by it as well.