7 years ago at 11:30 am ET
Follow @ralvarez617
Posted Under: Patriots Commentary 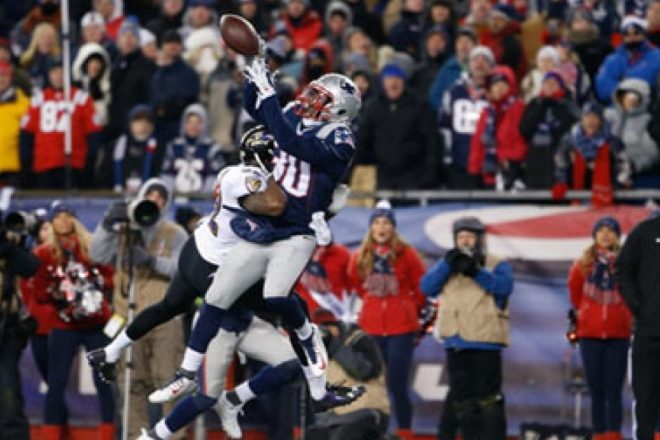 New England Patriots safety Duron Harmon this past Thursday missed the first practice of his NFL career, but for a very good reason, his fiancée gave birth to their second child.

When Harmon returned to the Patriots on Friday he was all smiles following the big day and was quoted telling the media, “I got blessed with a baby boy, Dallas Daniel Harmon, and as you can see, I can’t stop smiling,” Harmon said. “I’m excited. Everybody’s healthy. I’m blessed and like I said, excited.”

Harmon was asked how he found out the baby was on its way, and shared this funny story with the media courtesy of NESN’s Doug Kyed.

“It’s a funny story. Me and my fiancée, we were both up at 5 o’clock, just laying there. She was like, ‘Ah, I don’t know, my stomach feels a little weird,’ and I’m just like, it’s 5 in the morning, I’m not gonna lie, I’m like, ‘Maybe it’s just your stomach upset, because my stomach, it’s a little upset too.’ She’s like, ‘No, we’re going, I think it’s time.’ And I’m like, ‘How about you make sure you’re right before I have to call Bill and let him know I won’t be coming in today, because I don’t want to go there and then come back.’ So, she goes, and I’m about to pull in to Foxboro, and I get a phone call, she’s like, ‘He’s coming now, so you need to hurry up and come.’ Stuck in traffic, of course, on 95 North for about an hour, but I got there and about two hours later, he came out looking beautiful as ever and just gave me a bunch of joy. So, great story.”

This is what life is really about!! New addition to the squad!! #BabyDallas