7 years ago at 12:45 pm ET
Follow @AllThingsPats
Posted Under: Uncategorized 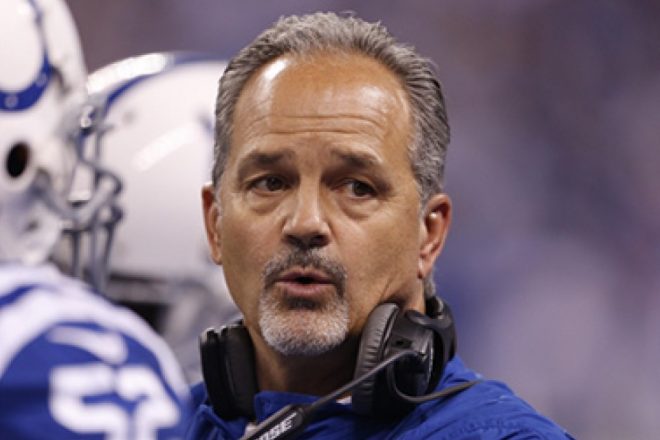 NFL Week 8 wraps up tonight with the 6-0 Carolina Panthers hosting the 3-4 Indianapolis Colts. The game kicks off at 8:30 pm eastern time and will be broadcast on ESPN. After an off-season where many in the media predicted the Colts would play in (if not win) the Super Bowl, Indy has underachieved dramatically. The Colts have lost three games that they were favored to win and enter this game on a two-game losing streak. Things could actually be worse for Indy; they are fortunate that, despite their geographic location, they play in the AFC South. Indy is 3-0 within their division, barely (average of four points) beating three of the worst teams in the league. Outside the friendly confines of the AFC South the Colts are 0-4 this year; over the last two years Indy is 14-0 within the division and 6-10 against the rest of the NFL.

Odds: The betting line in this game has been all over the place. A week a go in advanced look-ahead lines, this game opened up 3½ point favorites. By Saturday the line was up to seven points, but on Monday it was back down to 5½ points at most venues, with a few down as low as five points. The over/under is 46 with a half point variance either way depending on where you shop, and a typical money line has Indy +200 and Carolina -240. Against the spread the Colts are 2-5, while the Panthers are 5-1.

The Colts are going to go as far as Andrew Luck will carry them, and so far this season the results have not been pretty. Luck ranks at or near the bottom of the NFL among all starting quarterbacks in nearly every passing statistic, and now he has to face a very solid defense that excels in coverage, led by Josh Norman. The Defensive Player of the Month has four interceptions – including to pick-sixes – ten passes defensed, a forced fumble, a fumble recovery and two tackles for losses.

Carolina’s ground and pound offense should have no problem with Indy’s soft run defense, and in addition Indy’s man coverage should open up wide running lanes for Cam Newton to take off for big gains if the Panther receivers are covered. The Colts have benefited from undisciplined play of their opponents in their three wins, but that certainly will not be the case with the Carolina defense.

The only remaining question is who will Indianapolis G.M. Ryan Grigson get into a heated exchange with first: owner Jim Irsay or head coach Chuck Pagano?