7 years ago at 7:00 am ET
Follow @IanLogue
Posted Under: Patriots Stat Breakdowns 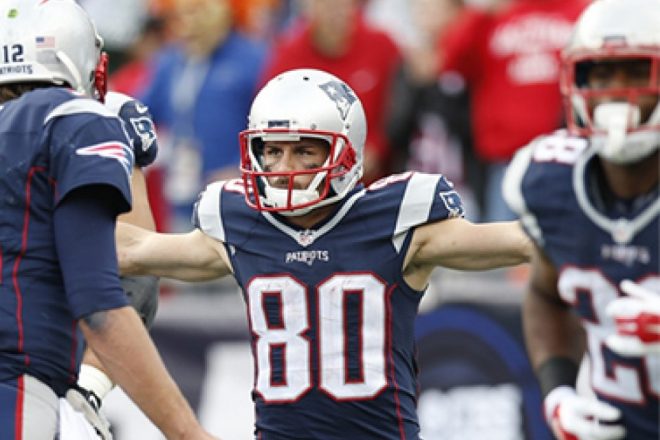 So far through six games, Tom Brady has been on quite the tear after leading the Patriots to an undefeated start as they get set to take on the Dolphins Thursday night.

When looking at Brady’s stats so far this season, one of the biggest surprises are his statistics when you look at the numbers by down, with third down being where he’s been at his best from a completion percentage standpoint:

In the red zone, he’s been just as impressive on third down, making those final attempts count to either move the chains, or put the ball in the endzone.

As for the player who has been Brady’s biggest “go-to” guy on third down this year, surprisingly it’s been Danny Amendola who leads all receivers in that category both in receptions and yards, ahead of both Julian Edelman and Rob Gronkowski.

Brady was a perfect 4-of-4 throwing to Amendola during New England’s win over the Jets on third down, including 3 first downs, one of which was the game-winning touchdown.

The veteran quarterback will look to try and improve on these numbers when he hits the field later tonight against the Dolphins at Gillette Stadium.