7 years ago at 7:30 am ET
Follow @ralvarez617
Posted Under: Patriots Commentary

In a new weekly column introduced on PatsFans.com entitled “Getting Social with Bob Socci”, I was graciously granted the opportunity to interview 98.5 The Sports Hub Patriots radio play-by-play broadcaster Bob Socci for his insight and predictions into this upcoming week five matchup with the Dallas Cowboys on Sunday.

Who is your breakout player for either Dallas or NE this week?

“If it sounds too strange to say an eighth-year veteran with two Pro Bowls will be a breakout player, then let’s predict that this Sunday’s game in Dallas will mark the re-emergence of Jerod Mayo.  After very limited reps the first three weeks of the season, coming off injury in 2014 and left off the field in ‘sub’ packages (themselves a misnomer, because the old ‘sub’ defenses are the new norm), I suspect Mayo will have a much more integral role at Dallas.  The Cowboys’ best (maybe their only) chance to succeed on Sunday relies on being able to run the ball.  They’re also limited in personnel in the passing game, due to the injuries they’ve sustained at both receiver and in the backfield.  So I foresee a much greater role for Mayo in this game than in Weeks 1-3.”

Position matchup/battle to look for?

“Dallas’ offensive line vs. Pats’ front seven.  I’m very curious about the roles that newcomers Akiem Hicks, Khyri Thornton and Jonathan Bostic are going to occupy in the next month and a half.  Naturally, if/when they’re employed defensively, they bear watching (closely).  Overall, it will be extremely important for the Pats to set and hold the edge defensively.  They had some problems toward this end, it seemed, at the outset of the season.  Let’s see how they do that this week, and if they become a bit stouter inside.  Considering that the Jets and Washington await in the next month, it will be imperative to improve against the run.  But they’ll have their work cut out for them against the Cowboys’ offensive line.”

What Patriot players will make the most improvement going into this week? 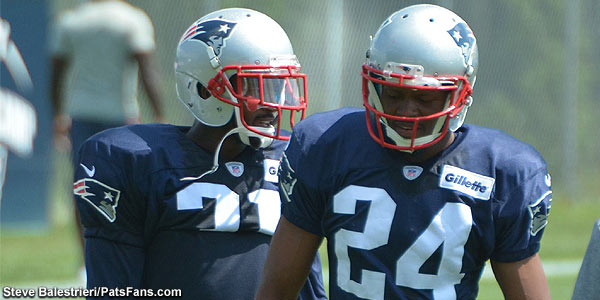 
“I’m stretching it a bit, because this player struggled in Weeks 1-2 and was inactive in Week 3.  So long as he’s on the field, if he gets on the field, there’s only one way to go for Bradley Fletcher.  That said, I won’t be surprised if we see him (at 6-0, 205 pounds) back out there against the Cowboys, perhaps involved in their coverage of Whitten.  Unlike in the past, including his struggles against Dallas a year ago, Fletcher won’t be asked to cover Dez Bryant.  Plus, Brandon Weeden has thrown mostly short check-downs underneath.  Maybe we see Fletcher this week utilized the way Brandon Browner was at times a year ago; asked to be more physical at the line with a tight end, with help, combining some man and zone concepts.”

Bob Socci has held the position of Patriots radio broadcaster since the beginning of the 2013 NFL season, taking over for longtime play-by-play man Gil Santos. He has called two AFC Championship games and the Patriots Super Bowl XLIX victory in February 2015.  He can also be heard weekly during football season on Patriots.com.