7 years ago at 4:00 pm ET
Follow @AllThingsPats
Posted Under: Uncategorized 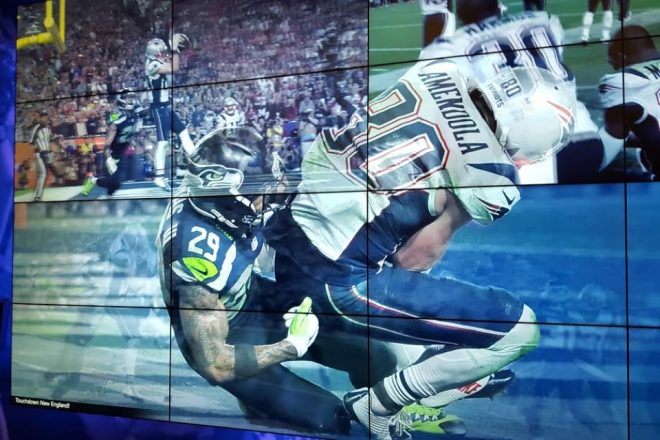 The Detroit Lions travel to Century Link Field to take on the defending NFC champion Seattle Seahawks on Monday night to wrap up week four NFL action. Kickoff is scheduled for 8:30 pm eastern time, with the game broadcast on ESPN. Detroit is still looking for their first victory of the season, while Seattle seeks to even their record at 2-2 after losing their first two games.

If you are looking to back Seattle, check out Treasure Island. This venue started out lower than any other (Seahawks -8½) and still gives the most favorable line as of Monday afternoon (minus-9). If you want to take Detroit plus the points then check out SportBet.com (-11) or Bovada (-10½). Several places have the point total at 43½ also.

While I am not surprised that Detroit has slipped after making the playoffs as an 11-5 team in 2014, I am really shocked that they have regressed so badly. Their offensive line is awful; they are equally inept in both run blocking and pass protection. The offense ranks 27th in yards per game (305), 32nd in both rushing yardage (45 yards per game) and yards per carry (2.6), 26th in yards per pass attempt (6.1), 28th in interception percentage (3.91% of passes), 31st in giveaways (2.7 per game), 27th in yards per play (4.9) and is 29th in time of possession.

About the only thing the Detroit is doing well in is forcing turnovers (2.0 per game, 6th best in the NFL); they’ll need to win turnover differential in this game to have any chance of winning. Granted they have not had the easiest of schedules to deal with – two road games, the Broncos, and now at Seattle – but even considering that, they simply have not looked good. The Lions blew a 21-3 lead to San Diego and did not show much of anything in their losses to Minnesota and Denver.

Injuries: The Lions were hoping that OLB DeAndre Levy would be back for this game, but he has been ruled out with a hip injury. Four other Detroit starters are questionable: RG Larry Warford (ankle), RDE Ziggy Ansah (groin), TE Brandon Pettigrew (hamstring) and RB Joique Bell (ankle). Bell has a paltry 22 yards on 20 carries; perhaps this injury will open the door – deservedly so – to 2nd round pick Ameer Abdullah, who has outplayed Bell.

Seattle is a team that many overreacted to when the Seahawks lost their first two games. In week one St. Louis was playing their Super Bowl against the top dog in their division, and in front of frenzied dome crowd for the home opener at the Rams; St. Louis won in overtime. Next was a game at Green Bay: another road game, an even better opponent, and another team that had this date circled after the NFC championship game loss; a loss to the Packers was not the least bit unexpected. Last week the Seahawks took care of business, shutting out the Bears. Granted Seattle started slow – they were up only 6-0 at halftime, but the defense was excellent. The offense was not quite as sharp as they could have been though. Seattle went 0-2 in the red zone and was just 5-16 on third down.

Injuries: RB Marshawn Lynch is out with a hamstring injury, but that should not be that big of a deal. Rookie Thomas Rawls will get the bulk of the playing time at running back; last week he rushed for 104 yards on 16 carries (6.5 yards per carry) after Lynch departed with his injury. The only other starter on the injury report for the Hawks is DT Brandon Mebane, who is out with a groin injury.

Prediction: It would be a huge upset for Detroit to win this game. For that to happen the Lions need to (a) force some takeaways on defense while at the same time not turning the ball over on offense; (b) come up with a big special teams play; (c) figure out a way to stop Seattle’s running game; (d) suddenly discover how to protect Matthew Stafford; (e) get their running game going; and hope all that would lead to (f) hitting on a couple of big plays to Calvin Johnson and Golden Tate. It is one thing for one of those scenarios to happen; it’s a ridiculous pipe dream to think that all six will occur. Seattle should win this game easily.

How Was This Article?
Posted Under: Uncategorized
Tags: against the spread Detroit Lions NFL odds picks predictions Seattle Seahawks Week 4