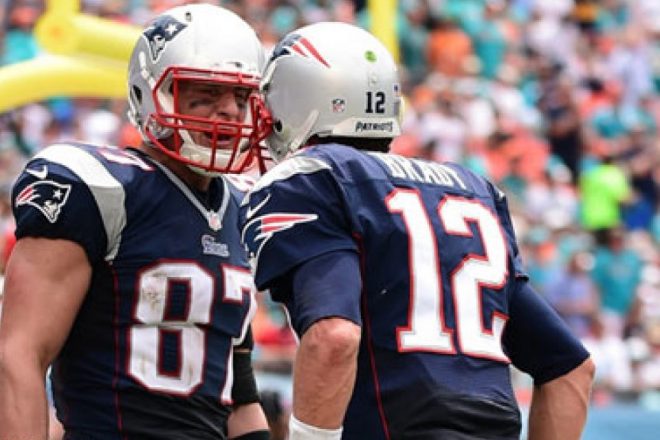 On Thursday, the NFL announced its monthly awards for the month of September as Quarterback Tom Brady and Placekicker Stephen Gostkowski took home AFC honors during the Patriots 3-0 start to the season.

In September, Brady threw for a league leading 1,112 passing yards to go along with nine touchdowns, second only to Aaron Rogers ten.  It is the eighth time in Brady’s career he has earned an Offensive Player of the Month award which ties an NFL record shared with Peyton Manning.

Tom Brady was supposed to be suspended for the month of September. Instead he's the AFC Offensive Player of the Month and early MVP favorite

Patriots placekicker Stephen Gostkowski also won the Special Teams AFC Player of the Month award for a third time in his career after setting an NFL record with 425 consecutive extra points made. Gostkowski was also a perfect 7/7 on field goal attempts in the month of September.

And #Patriots Stephen Gostkowski named AFC Special Teams Player of the Month. Leads NFL with 35 points scored. Hit all 7 FGs and all 14 XPs

READ NEXT:
Patriots Fans It Is Time to Re-visit The Hall at Patriot Place
Posted Under: Patriots Milestones
Tags: Awards Player of the Month Stephen Gostkowski Tom Brady