7 years ago at 6:20 am ET
Follow @SteveB7SFG
Posted Under: Patriots Commentary

Options galore with this formation, more looks to follow

The Patriots offense finally got to play with both Scott Chandler and Rob Gronkowski on the field at the same time after they sat Gronk all preseason and the results were electric.

We expected to see plenty of two tight end sets this season, especially in the goal line situations after we watched Brady and the Twin Towers practice that on the side all training camp long. But we didn’t expect a four tight end set.

In the red zone for the game, the Patriots were 4-4 with all of the touchdowns going to the tight ends, three to Gronk and one to Chandler. They ran a total of six plays in goal line with four tight ends and went for three touchdowns. QB Tom Brady had an easy time choosing where to go with the ball and had a big night.

Gronk Seam TD: On the first four TE set in the second quarter, Gronkowski and Chandler are lined up in-line on the right side with Michael Hoomanawanui and Mike Williams aligned left. It is worth noting that on Thursday, they stuck with these alignments but can easily mix them up as well. Brandon Bolden was the lone running back and the Patriots were showing run. 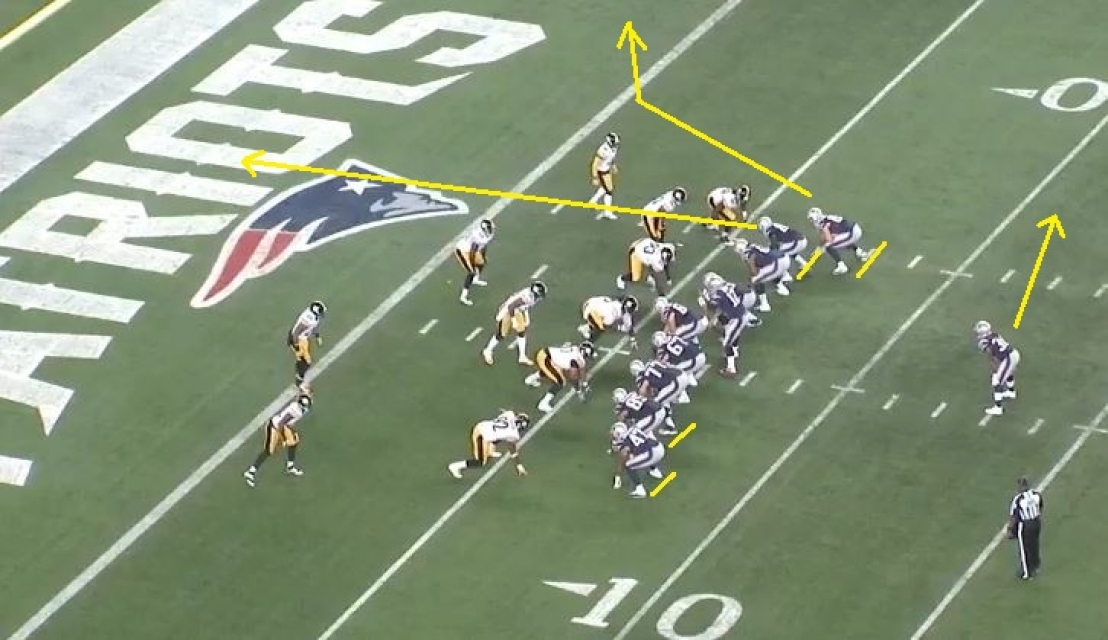 At the snap Gronkowski runs up the seam and Chandler runs a fade to the back right corner of the end zone. The defenders are frozen by a play-action fake by Tom Brady and Brady lobbed it high where only Gronk can come down with it. 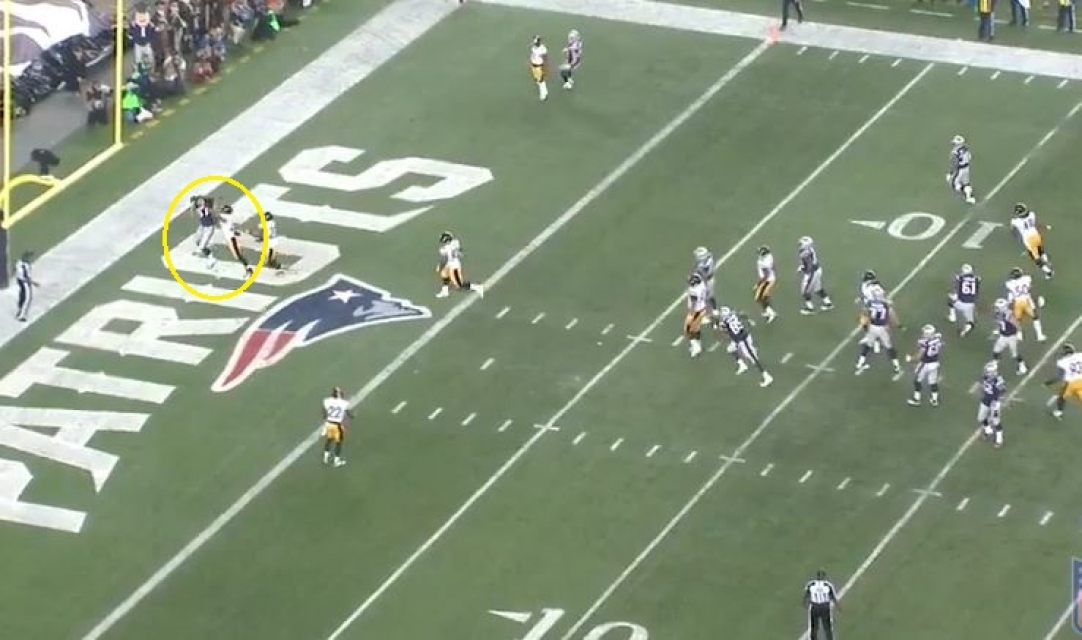 Mike Mitchell came over too late to help and it was an easy pitch and catch for Brady and Gronkowski.

Chandler TD: On Chandler’s touchdown catch in the third quarter, he initially lines up in the backfield. On the shift, Hooman shifts wide to the right, Gronkowski goes wide left with Chandler just inside of him. 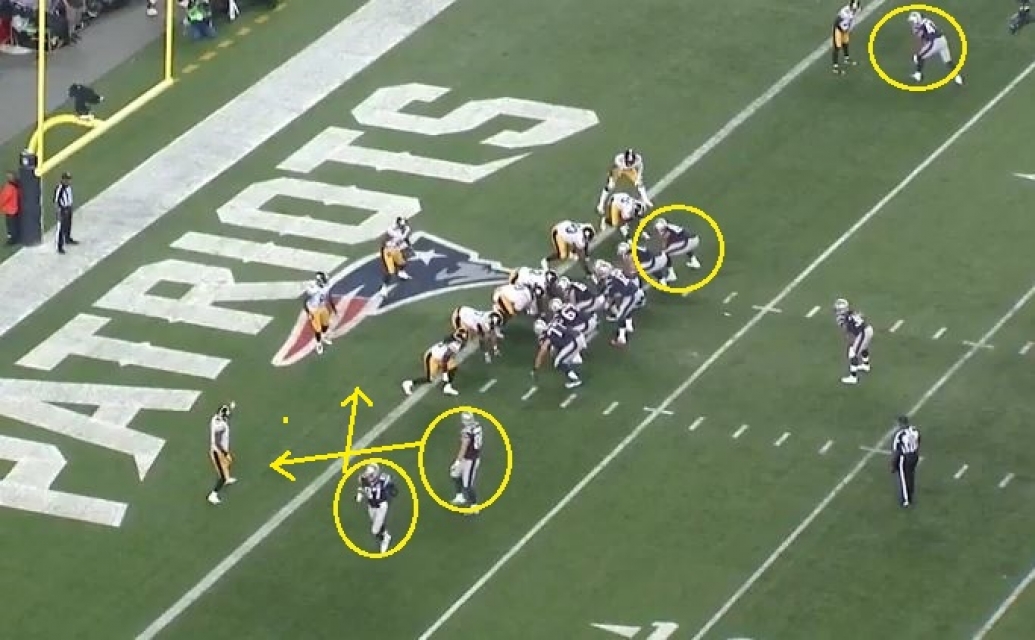 Brady gets the ball to him quickly and he’s able to just get into the end zone before the defender can react. Another easy pitch and catch for Brady and Chandler. 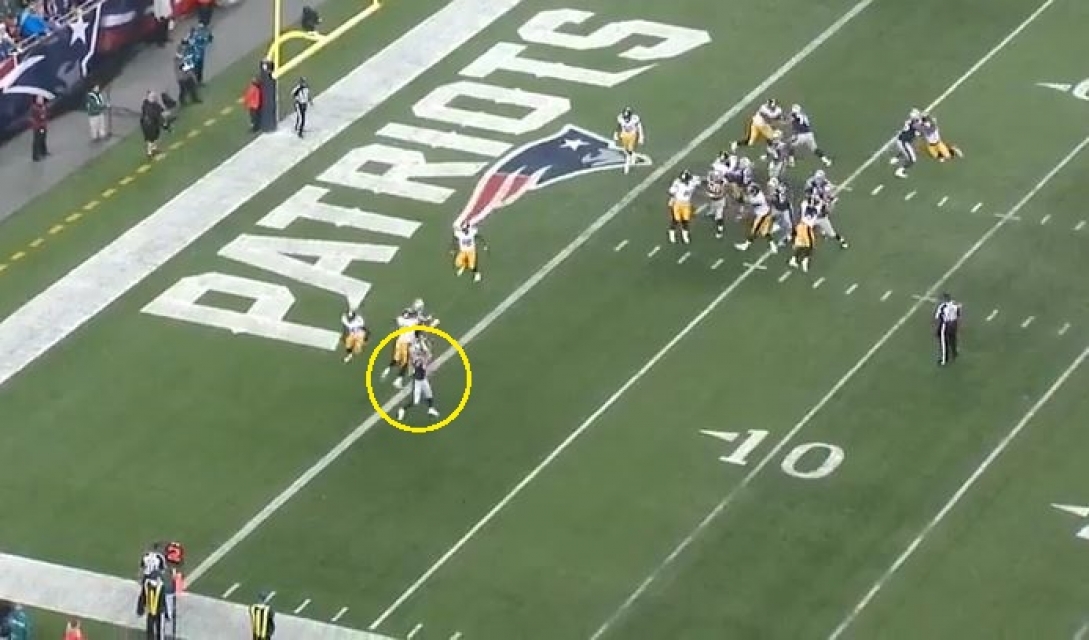 On the final touchdown, the Patriots line up in the same formation, on the shift once again Hooman shifts wide right, Gronk takes a wider shift left with Chandler moving from the backfield to the left inside of Gronkowski. 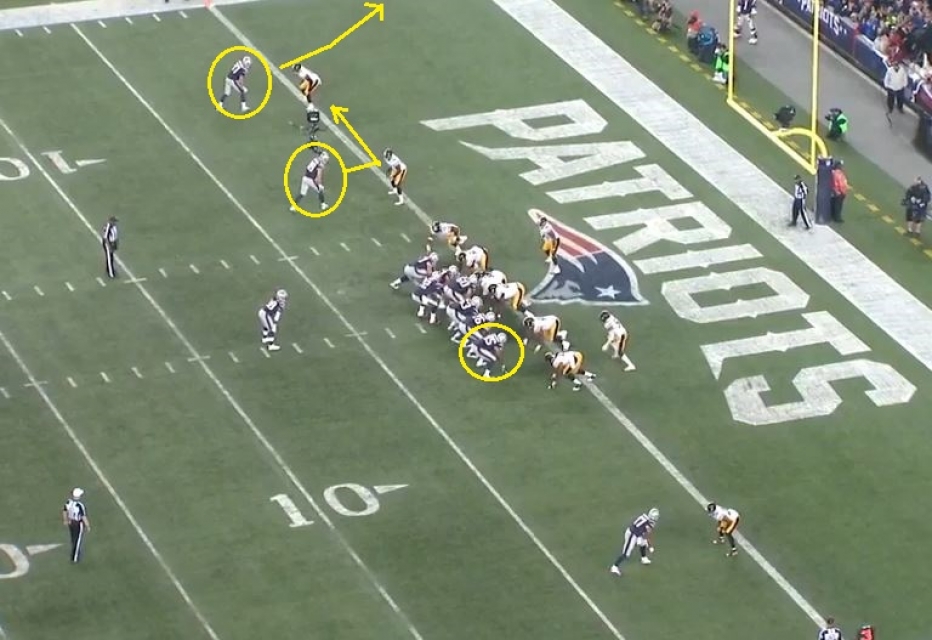 This time, Brady sees the mismatch with Gronk singled up on a linebacker. Gronk runs a fade to the back corner of the end zone. Chandler runs the same route straight to the front pylon. But this time the play is going to Gronkowski all along. 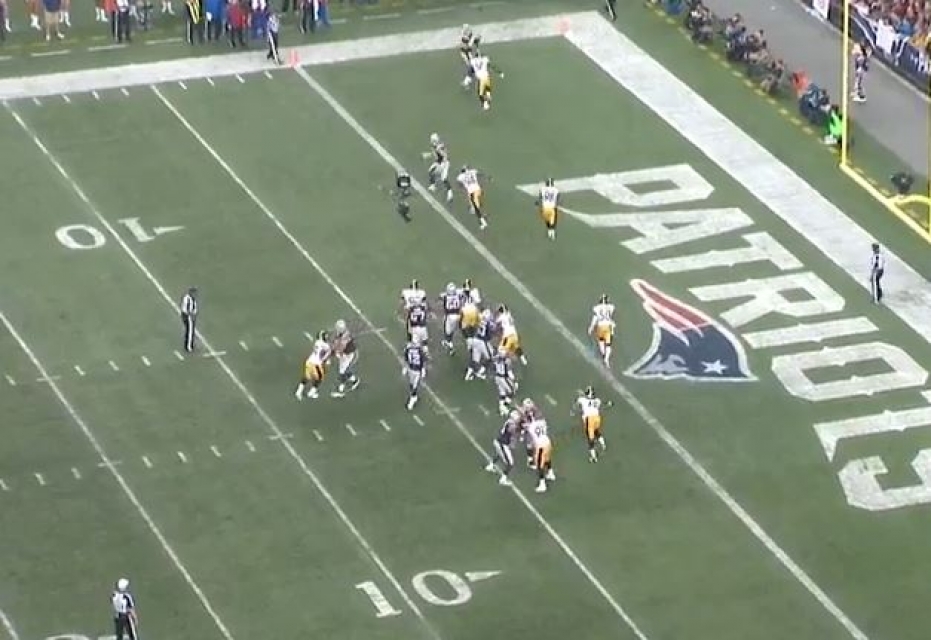 He has an easy time of beating his man to the corner of the end zone and it was another nice touch pass from Brady to him as he notched his third TD of the night. 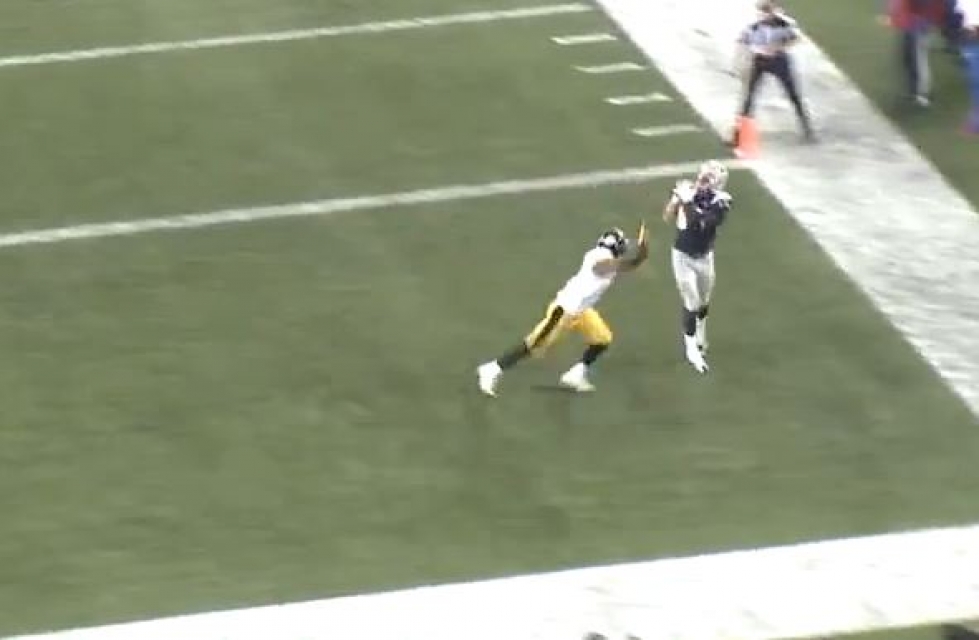 Gronk’s first touchdown was one where inexplicably the Steelers left him all alone split wide right. Brady recognized it immediately and called center David Andrews for the ball. There was some kind of confusion in the secondary and Gronkowski gathered up the ball and rumbled in for the Patriots first score.

This is going to be an interesting development this season. Bill Belichick and offensive coordinator Josh McDaniels have done their homework here. While we watched a lot of those crossing routes during camp every day, there is sure to be a lot of variations that they’ll use depending upon the opponent and the coverages that they show.

By forcing the defense to commit when splitting the three tight ends wide, if they remain in man coverage, as Pittsburgh did, the Patriots will most certainly test them with a pass. But if teams begin to add defenders to the mix outside, it gives McDaniels and Brady the option with hitting them with the run with less defenders in the box.

And there is always the option of overloading the line to one side with three TEs, showing the run that way. The possibilities will be tested in the weeks to come for sure.

This week’s matchup with Buffalo will be an interesting one; Rex Ryan has always found a way to slow down the Patriots offense. Looking at the film of last week’s game, Ryan and the Bills will no doubt add a wrinkle or two of their own to try to combat this formation.

But the promise of having Chandler and Gronk together on the field that we saw in the spring was brought to bear with very positive results in Week 1. How the Patriots choose to utilize them moving forward should prove to be interesting.

All screenshots courtesy of NFL Films All-22 game film