7 years ago at 6:25 am ET
Follow @SteveB7SFG
Posted Under: Patriots Commentary 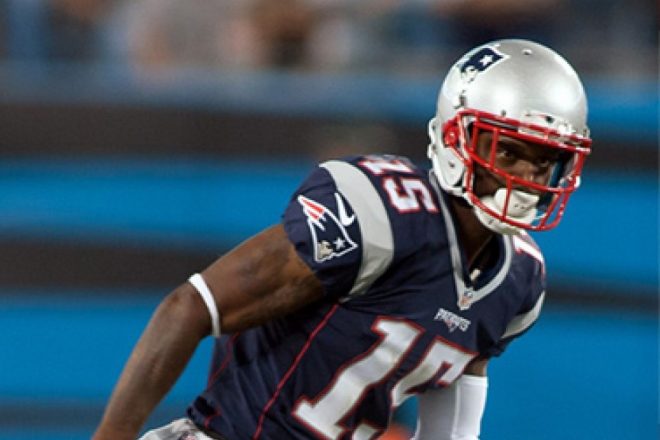 The Patriots signed a one-year deal with veteran wide receiver Reggie Wayne on Monday. He has long been a player that Bill Belichick has respected and now will join the Patriots after a long, productive career with the Indianapolis Colts.

Season ending injuries to Brian Tyms and Brandon Gibson coupled with a lingering ankle issue to Julian Edelman and Brandon LaFell’s status (PUP), have put the Patriots in a position where their depth has been stretched very thin.

In a move that if Wayne makes the roster, will throw added fuel to the fire between New England and Indianapolis, Belichick clearly still believes he can be productive.

“He’s still really good at everything,” Belichick said. “Obviously a real smart, experienced guy. Knows how to set up routes, make all of his routes look the same. Does a great job releasing, and then at the top of his routes, being able to create separation at just the right time when the quarterback is ready to throw.”

Wayne certainly has the credentials, racking up 1070 catches for 14,345 yards receiving and 82 touchdowns in his 14-year career with the Colts. He is Indy’s all-time leader in games played with 211. But he blew out an ACL in 2013 and he struggled in 2014 especially down the stretch and finished last season with 64 catches for 779 yards and just two touchdowns.

Wayne has always been a savvy route runner and when in his prime could be counted upon to stretch the chains, find the open spot in coverage and stretch the field both vertically and horizontally. Can he still be that guy?

Time, in two instances is working against him. First at 36, he no longer has the athleticism he once did. He’s clearly lost a step as last season’s end showed. While he was playing injured, Wayne wasn’t the same player he was, as recently as 2012 when he racked up 106 catches.

And he has just about three weeks to learn the Patriots offense, no easy task. The New England offense has been a very difficult one to learn and many veteran wide receivers that were productive elsewhere came to the Patriots and failed master the playbook.

Some of the names that come to mind are Torry Holt, Joey Galloway and Chad Ocho Cinco. All like Wayne were at the tail end of their careers and couldn’t learn the difficult route trees of the Patriots wide outs. Unlike Wayne they had the advantage of having the spring and training camp to work out the kinks. Wayne doesn’t have that kind of time and it is going to be difficult. Time waits for no one.

Last season Brandon LaFell struggled mightily in the spring and early summer until things finally began to click and he eventually became a big part of the offense. Others such as Wes Welker and Randy Moss came in and clicked from Day 1.

The Patriots aren’t looking for Wayne to be a #1 type receiver, those days are past for him. Their main two targets for QB Tom Brady are Edelman and Rob Gronkowski. If he can make the 53-man roster, Wayne’s role would be limited one (except maybe Week 5), where he’d come in and be a complimentary receiver. It would save wear and tear on his body and keep him fresh for the December – January time frame.

Wayne can play outside or shift inside to the slot and if healthy enough will be a nice fit with the short/medium passing game of the Patriots. He and Tom Brady will be working on the side a lot in the coming days. Who knows? A 38 year old QB and soon to be 37 year old WR could catch lightning in a bottle.

Although his work is cut out for him, Wayne has a chance to play a final season with one more chance to go for a deep playoff run. With the built-in support system of the other Patriots receivers, who respect him, he will have every opportunity to carve out a roster spot. Just don’t expect big numbers from him this season.