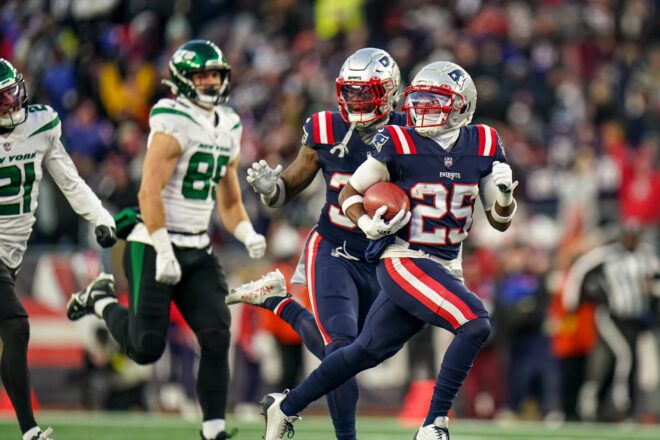 The heroics of Marcus Jones during the Patriots’ win over the New York Jets has led to his first career major accolade.

The rookie defensive back has been named the AFC Special Teams Player Of The Week after returning a punt 84 yards for a touchdown with five seconds remaining to give the Patriots a 10-3 victory. The punt returned for a touchdown was the first to occur in the NFL this season and the first game-winner since Desean Jackson in 2010 against the New York Giants.

Since taking over kick return duties in Week 4, Jones is averaging 16.6 yards per punt return and a kick-return average of 24.3 yards, both rank second in the NFL.

“My main thing is I thought they were going to let him try to kick it out of bounds due to the time on the clock,” Jones said postgame. “But the first thing was trying to make sure that I followed my teammates’ blocks. Then I saw the punter and I was like, if I make him miss, then I should be able to go the distance.”

This season, Jones joins teammates Nick Folk (Special Teams) and Matthew Judon (Defensive) as Patriots who earned a weekly honor for their performance.