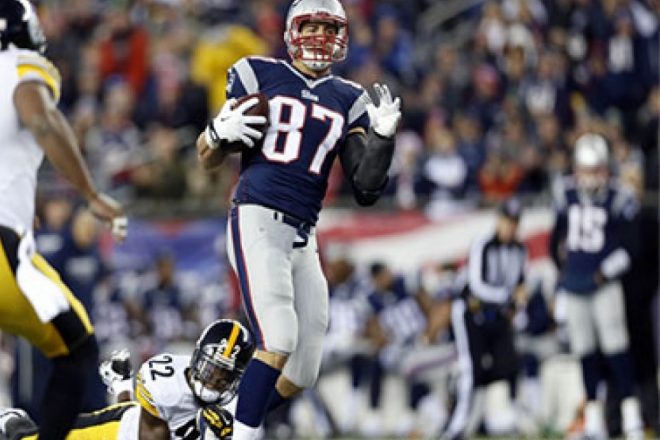 While it was only one game, apparently Buffalo’s upset victory against the over-hyped off-season champion Indianapolis Colts was enough to push the needle a bit with the betting public.

After the Patriots opened as 1½ point favorites, in a matter of hours the line moved down to at least one point, and as low as a pick’em depending on the which book you shop at. The Buffalo defense dominated an overwhelmed Indianapolis offensive line in Sunday’s 27-14 win at Orchard Park, constantly getting pressure on Andrew Luck to force hurried or off balance throws. A whopping 32 of the 55 times Luck dropped back to pass resulted in a play of zero yards gained or worse: two sacks, two interceptions, four penalties, one completion for a loss of yardage and 23 incomplete passes.

Two other games have had a noticeable movement since the initial line was listed. Denver has gone from a 1½-point favorite to a 3-point underdog at Kansas City after the Chiefs’ win at Houston, and Miami has vaulted from a 4½ point favorite at Jacksonville to 6 (and in several locations 6½) point favorite off the combination of their win at Washington and the Jags’ home loss to Carolina.

There are a total of four road teams listed as favorites this week. Besides the Patriots and Dolphins, the others are Arizona (at Chicago) and St. Louis (at Washington). I was slightly surprised to see that Tennessee (after winning 42-14 on the road) did not join that group playing at Cleveland, who were beat like a drum by the Jets.

Here is a look at the consensus NFL week two lines as of Monday:

Baltimore at Oakland (no line yet due to Derek Carr injury); late game on CBS

Moving on to the next game, here are some early links to reading material regarding next week’s contest at Buffalo:

AFC’s top contenders already falling behind Patriots, but Bills could reel them in | Sporting News

And why am I not surprised by this one? CHB retreads his oft-used ‘tomato can’ column to passive-aggressively disparage the Patriots. For Shank, it’s a win-win: if he is correct he gets to pat himself on the back; if he is wrong then he gets what he really wants, which is to write a column denigrating the Patriots. And in case you are wondering: yes, true to form, he inserted a mention of the Red Sox in a metaphor in his piece.