Should Patriots Pursue Brandin Cooks Ahead Of NFL Trade Deadline? 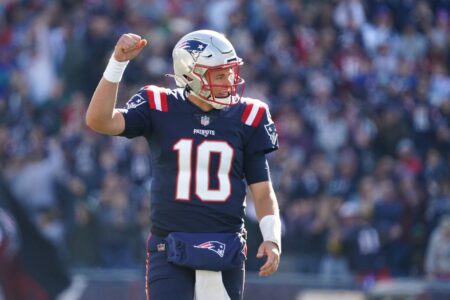 I used to generally agree with the rule changes coming out of the 1990s. And even then, the bad rule changes - while outrageous - seemed far and few in between; like the excessive celebration rule change in 2000 or the crackdowns on taunting and roughing the passer the next year after. But imo somewhere down the line it got out of hand. There are far too many rules, and most of them levied against defense. Doesn't it seem like it started getting out of hand at some point?

To me it all seemed to start in the 2003 postseason when the Colts had sour grapes and blamed their loss on the refs "not calling DPI/illegal contact enough" prompting the league to crackdown on those rules. It all seemed to snowball from there, getting progressively worse.

2006:
- More rules against celebrations
- Can no longer tackle by tugging the jersey from behind

2010:
- Defenseless player rules
- Can no longer line up across from long snapper on kicking plays
- Crackdown on helmet-to-helmet hits

2011:
-Moving the K/O line back to the 35 to encourage more touchbacks
- Must have at least 1 foot on the ground when hitting

2013:
- 3rd time redefining a "defenseless player"
- Can no longer use teammates against blockers

2015:
- After Harbaugh whined, can no longer line up an ineligable receiver in the slot
- Definition of "defenseless receiver" redone for the 3rd or 4th time
- Can no longer push teammates at all at the LoS during kicking plays
- Catching rule changed

2017:
- Can no longer run and jump over the o line on FG/PAT plays
- Definition of "defenseless player" changed for the 4th time
- Crackdown on hits to the helmet
- OT shortened to 10 mins

2018:
- Catching rule changed again
- Can no longer have running start on K/O
- Can no longer use wedge blocks at all in K/O play
- Other K/O changes I'm too lazy to list here

I know a lot of these rules are being done in the name of safety (namely because of the legal troubles the league got themsleves into) but honestly can't these men just play football again? Personally I think many of these problems the league faces with safety started way back when they started introducing body armour and of course the helmet.
They figured it was safer, but honestly... is it? To me, it looks like all its done is make people more comfortable hitting harder than they would be without that protection. I get the initial idea of using body armour but I think in the longrun its caused the league more problems than solved.

If you look at Rugby, which has a strict head injury protocol by the way, you'll notice you don't often see a lot of defenders hitting players with their shoulders let alone leading with the head; in fact you'll see more often the ball carrier lower his head or his shoulder when confronting a defender. There are obviously rules about what should be considered an illegal hit in Rugby, but the rules are very much more relaxed than the NFL's rules.

I honestly think the NFL, in a way, screwed themselves when they introduced using pads and helmets. But I'll take it a step further in saying that perhaps if they'd realised how much harder hitting had become they could have introduced a legal waver of some kind. Had they at least done that much, decades later they wouldn't be facing so much legal trouble. However, I don't think that was really possible if they wanted more profit from stadium attendance and TV ratings because they had star players making the game more "interesting" for the common layman to watch; lots of skilled players may have opted out if the risks were presented to him prior with no way to change the rules in his favour.

Now the NFL has to make all these decisions on how to curb the injuries that have been getting them in so much trouble lately. Even going as far to placing restrictions on hits to the helmet that is there in the first place to protect the player's head. Basically, we literally need protection for the player's protection. And honestly, the NFL is confusing itself on the definitions of simple things like what a catch is and confusing themselves on what "defenseless" means, etc. It really is getting out of hand.

And don't get me wrong, some rule changes I still agree with. There is a such thing as a dirty hit and I think they should be penalised. But I also think there's a fine line between a dirty hit and just a plain and simple hard hit. Being a contact sport, defenders should be allowed to hit as hard as they want as long as it isn't dirty. This is a fast sport, a lot of the time hits on people going to the ground or leaping into the air cannot simply be retracted once the movement has been initiated. But hey, at least they peeled back some of the excessive celebration rules!


Status
Not open for further replies.

June 4 in Pats History: the last NFL player to not wear a face mask

B
Lobby for draft rule change
2